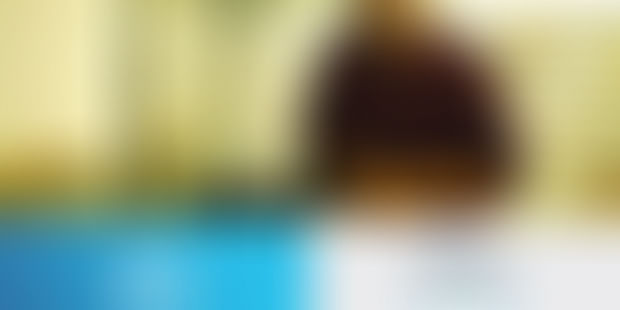 This story is sponsored by Dell.

550+stage startups, 1 big contest, and some stellar opportunities that came their way

From fintech to robotics to edtech, the ideas were as varied as they were exciting! The Dell Startup Challenge, a platform for emerging startups to get exposure and industry recognition, got a fantastic response from the Indian startup community.

The three-month-long challenge, from July to September saw three early-stage startups – OroWealth, i2u2, and Project Mudra – being shortlisted. In addition, two other startups, Leado and Perpule, also won Dell Vosto laptops. For those who applied, being recognised at a contest hosted by a leading industry player like Dell helped validate their ideas in the startup community and among present and potential clients. The startups – OroWealth, i2u2, and Project Mudra – were also featured in YourStory and generated a lot of buzz in social media.

The startups then battled it out to take home $5,000 in Dell credit and the winner of the finale was i2u2.

i2u2 is a simple and affordable telepresence robot, which can be controlled remotely through a mobile, tablet, or PC via an app connected to the internet. It enables the user to be virtually present at the location where the robot is, thereby allowing people to interact, monitor, or move around, with family, friends, or colleagues. i2u2 aims to address the challenges of professionals and people who live life on-the-go but want to enjoy a natural interaction with family members. i2u2 has more advantages than a pure video calling solution because the user ‘dialling in’ has full control over both video and mobility of the device (the robot) in the house, and can freely move the robot around different rooms, 'see' and be 'be seen'. This enables a more natural interaction and address challenges that come with the older generation not being technology-savvy, young children being uninterested in interacting in front of a screen, and the complexities of infrastructure and technology itself.

The jury comprising Sahil Kini, Principal, Aspada Investments; Alen Jose, Director – Product Marketing, Consumer & Small Business, Dell International Services; and Madanmohan Rao, Director – Research, YourStory, unanimously agreed upon i2u2 as the winner. According to the jury: “i2u2 is a forward-looking innovation blending telepresence with robotics. It meets the aspirations and digital habits of elders as well as the youth. This may be particularly useful in societies such as Japan and Western Europe, where the needs of such innovation are more acute, but it opens the door to new insights in other markets as well.”

Dell runs a number of programmes to support entrepreneurs and emerging businesses to gain access to resources, expertise and solutions they need to get market quicker. They also run a focused programme to help women-owned startups.

Sharing some insights on Dell’s interest in the startup ecosystem and why they believe in catalysing the growth stories of startups, Alen says, “At Dell, we believe in the potential of technology and the transformation it can usher. And, we also believe that in order to truly capitalise on the power of these emerging technologies, you need to diversify it and make it accessible to growing businesses doing some fantastic work. The Dell Startup Challenge was conceptualised as a tiny step toward realising this larger objective. It was simply marvellous to get to know interesting startups, who are doing some fabulous work – all powered by technology. We hope the contest will provide impetus to the work they do and the challenges they aim to address.”

Here’s a little more about two shortlisted startups which won a special mention from the jury and were awarded the Dell Vostro laptops.

Leado is a web platform that lets businesses accelerate growth and engage with customers without any coding requirement. Incorporated in January 2016, the bootstrapped startup showcased its product to potential clients and advisors, and they bagged their first client and a big one –Byju's. Once, the founders Prashanth BN, Sandeep Danta, and Kabir started generating revenue, they increased their developer base to six people, and a few of their former colleagues and friends joined the team. This not only further motivated the founding team, but also enabled Leado to increase their product offerings.

Leado helps startups and SMEs scale their business by automating and integrating all the marketing channels on a single platform. In other words, the startup allows optimisation of workflows in a simple ‘If this, then that’ format. The startup integrates the company’s product and the marketing and sales apps that the business uses such as Facebook Business Manager, Google Adwords, LeadSquared, and Salesforce. Leado also steamrolled the flow of acquiring data from channels like Facebook Lead Ads and re-engaging with customers through email and SMS.

The founders say it will take a company at least a month just to replicate a single integration like Facebook Business Manager and provide an enterprise solution, And, it would take several months for the company to bring together all these platforms under one umbrella. This also means that the company has in-house expertise across these platforms, which sometimes can get hard to find. This is where Leado with its in-house team and experience of working with its initial clients, has figured out the right product that can enable businesses to grow. Using Leado can translate into benefits such as lower customer acquisition costs, faster turnaround times, and improved sales conversions.

Perpule is a self-checkout and offer discovery platform for retail outlets that aims to enhance customers’ shopping experience. The startup’s mobile application also acts as a shopping assistant providing comprehensive information of the product at a scan of a barcode.

Most shoppers will relate to the frustration of waiting in long checkout counters at supermarkets or hypermarkets. This is what prompted three former Goldman Sachs employees – Abhinav Pathak, Saurabh Agrawal, and Saketh BSV – to quit their jobs in July this year, and develop the prototype of a product that would change all that. Their experience of taking the prototype to potential customers was positive as most retailers could relate to the problem Perpule was addressing.

Having just formally incorporated as a startup a month ago, in September, today Perpule is in talks with big retail chains to test and roll out Perpule at their stores. Once Perpule is integrated at the retailers’ end, all customers have to do is scan the barcode, add to cart, and make the payment. They have built in a verification flow to the whole self-checkout process, ensuring there’s no theft or pilferage, while also ensuring there’s little or no inconvenience to the customers. Perpule comes with a plethora of features like price tracking of favourite items for customers, product launches, actionable analytics for retailers, etc. The founders say that with Perpule, retailers can cut queues by at least 80 percent.

With leading industry players like Dell, who are strong advocates of technology and entrepreneurship, and startups who are ever-ready to leverage every opportunity that comes their way, India’s startup ecosystem is poised to grow exponentially.

While the first edition of the contest has now come to close, watch this space to know more the winners and their take on technology!