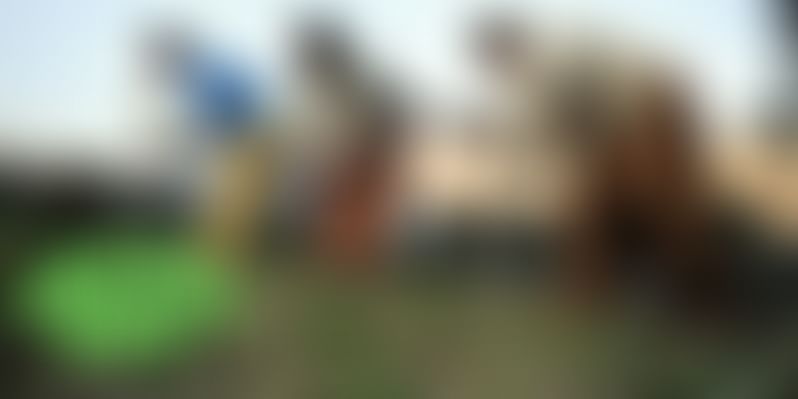 In July this year, Prime Minister Narendra Modi signed a deal with Mozambique on pulses import. It is a long-term agreement that will help India cover its gap in production and raise farm incomes in Mozambique. Farmers will be provided with necessary inputs and support to meet the demand as well as have India as an assured buyer. According to government officials, it’s a “win-win” situation for both the countries.

What is puzzling though is why the government isn’t doing the same for our own pulses farmers. We are the largest producers of pulses in the world, yet we fall short of our requirements. On an average, we import three to four million tonnes (MT) of pulses each year. Though our population and demand for pulses steadily increased, but for a significant surge in 2013-14, production has more or less remained static. In fact, in the year 2015-16, we imported six million tonnes of pulses worth four billion dollars. Hence, the question arises, why despite our self-sufficiency in wheat and rice, are we unable to meet our need for pulses?

During the green revolution, the government’s focus on food security helped achieve a tremendous increase in rice and wheat yields. However, the kind of importance afforded to cereals was absent in the case of pulses. Based on a study by the National Council of Applied Economic Research, between 1980 and 2010, area under cultivation for pulses increased sluggishly from 22.5 million hectares to 26 million hectares. This gradually declined to 23.5 million hectares by 2013. Today, pulses are mainly cultivated in five states – Madhya Pradesh, Uttar Pradesh, Maharashtra, Rajasthan and Andhra Pradesh. And due to severe drought conditions over the past two years, especially in Maharashtra, the already insufficient output has further declined.

Pulses cultivation is not attractive to farmers. The reasons for this can be found both in policy as well as technological shortcomings. The government declares minimum support prices (MSP) for pulses each year. However, their prioritisation is obvious in the greater procurement of wheat and rice over pulses. Hence, farmers end up selling their harvest immediately at low market prices. In an article for Indian Express, Amit Mohan Prasad, Principal Secretary of Agriculture, government of Uttar Pradesh, notes that even when market prices shoot up, it’s the traders and not farmers who benefit as they do not have storage facilities or are under pressure to pay off debts.

Raising the MSP of major pulses is of no use unless the government procures them on a scale as wide as that of cereals. This lack of a fixed returns guarantee is the main motive behind farmers switching to cereal cultivation or growing pulses as an alternative. Another reason is the dearth of high yielding, short duration and pest-resistant varieties of pulses. Despite the numerous varieties introduced under different programmes like National Pulses Development Project (NPDP) or National Food Security Mission (NFSM), their continuation to fields has been limited.

Pulses are an important protein rich part of the Indian diet. Low outputs combined with price spikes risk increasing malnutrition, a plight from which close to 60 million children suffer in our country. According to a report by members of International Centre for Agricultural Research in the Dry Areas (ICARDA), enhanced pulses production in Eastern states of India strengthened the nutrition of families. Not only that, they are good for the environment as well. They ensure soil fertility and reduce the loss of nitrogen. Crop residue left behind by pulses can also be used as animal fodder.

Pulses are mainly grown in rain-fed areas in the country but seeing as they require lesser water, farmers can branch out to their cultivation in dry areas or during non-rain seasons. However, this will require better irrigation facilities.

Farmers should also be encouraged to practice crop rotation. For example, post-rice harvest, lands are left fallow till the next season. Instead, farmers can add pulses to their crop cycle and grow them on these temporarily uncultivated lands.

The government needs to incentivise pulses farmers with better MSPs and assured procurement. It also needs to tackle the much larger problem of supply chains in agriculture. Research and extension for better varieties of pulses, technology and input support is an absolute must. Additionally, pulses insurance will encourage farmers and help them weather crop failure. Increased production will add to the government buffer stock that can be used in times of low output and shield citizens from unfair prices.

The Mozambique agreement might be a win for trade, for foreign relations and maybe even help compete with China for greater economic ground in Africa. But, if the government would have applied the same model at home, the real win would have been for Indian agriculture.