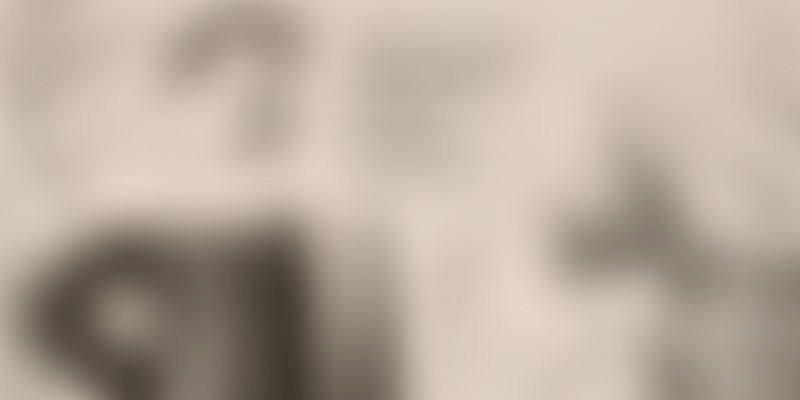 “With their enormous appetite for risk, the Marwaris controlled much of India’s inland trade by the end of the First World War. Gradually, they turned to industry after the war, and by 1970 they controlled much of the nation’s private industrial assets, and by 2011, the Marwaris accounted for a quarter of the Indians on the Forbes list of billionaires.”- Gurcharan Das, author of India Unbound

While the enduring rise of Keiretsu in Japan and Chaebols in South Korea is well documented, such businesses are not much talked about in the Indian context. For instance, in his highly readable book, India Uninc., Prof. Vaidyanathan highlights the impact of the sizeable informal economy in India, and how it keeps the nation resilient, both socially and economically. Similarly, Gurcharan Das and a growing number of business historians have offered detailed accounts of leading business houses and highlighted some of the time-tested practices. It is a different issue altogether that B-Schools in India haven’t yet felt the need to expand their readings and teachings to celebrate such attempts.

With the startup tempo building up in India, especially in some pockets such as Bengaluru where it has reached an almost viral state, there is merit in drawing insights from the enduring family businesses of India and offering principles for the new breed of entrepreneurs. Since longevity is often the key to personal wealth creation and economic value-add, who better than the Marwaris to lend a helping hand here? Further, being a Marwari boy and having seen family business from close quarters, I can relate to several of the time-honed practices.

One of the key reasons for the longevity of Marwari enterprises is the ability to keep a sharp eye on the expenses and financial health of the company. Most western firms have gone bankrupt not because of dipping revenues, but rather owing to cash flows drying up. In fact, the documentation of fallen Indian enterprises, especially in the third generation, traces the collapse to the point where the promoter stopped sitting on the gaddi, the proverbial crown of the business.

In the words of Aditya Birla, “What do you do to attract people? You give them tremendous powers and independence while monitoring their performance.”

To an outsider, operational autonomy and financial discipline might seem like an oxymoron, but few communities have honed the art of managing this apparent paradox as well as the Marwaris. Tight financial control stemming from an acute sense of accounting remains the cornerstone of several successful family businesses, no matter how unsophisticated some of these techniques look in today’s context.

Stemming from the financial discipline are the traits of parsimony and frugality. When Marwari communities first shift to a new location, they shrink their needs and operations to the bare minimum, while sharing a lot of expenses such as stay, food, travel, and business development, amongst others. This inbuilt frugality enables the community to survive under hard conditions for a longer period of time, and even when the going gets good, the Marwari businesses are cautious in spending. Their needs seldom transcend into wants or even desires, except for maybe during social ceremonies such as marriages, and that too for strengthening social ties.

The world over, the hallmark of Marwari businessmen is conservatism in lifestyle and riskiness in business style. This is often where the young breed of entrepreneurs errs. They go overboard with the initial success and start celebrating, not realising that valuation on paper is just a mirage, and real success comes with discipline and grit. Parsimony and frugality in the initial days go a long way in establishing discipline for the upcoming employees; Wipro being a case in point.

There was a time in the 16th and 17th centuries when most of the inland trade in India was managed by Marwaris. With the invasion of the British, the Marwaris became the preferred business partners, to the extent that on several occasions the crucial accounts of many British officers and businesses were entirely managed by Marwaris. The very spread of the community into central India and the eastern parts, especially Kolkata, could well be traced to them travelling along with the English companies.

From trading to producing or even services, Marwaris have shown an enormous appetite for adaptability and spotting and shaping opportunities. The Birlas, one of the most renowned Marwari business families, have remained India’s largest business group for over five generations, and currently, the family is in its eighth generation! With India seeing several rules, social and economic transformation, and natural calamities, only adaptability could explain this endurance.

Subordination of the individual to the family and vision

Be it the Keiretsu of Japan or the Chaebols of South Korea, the commonality across most such family businesses is the clear sense of purpose. The promoters and managers alike understand that the business is not here for the short haul and that they always have to keep the purpose in mind.

For instance, reconsider the famous quote of Lee Kun-Hee, the former Samsung Group chairman: “Change everything except your wife and kids.” If it were not for the acute sense of purpose, the Korean giant wouldn’t have come this far to become a $300-billion enterprise in such a short time. So is the case with another Korean major, Hyundai.

A clear sense of purpose — to grow the family business profitably, and in turn, grow the self — helps the business retain excellent talent, as is the case with the Tata Group. Further, a role model at the very top, such as Aditya Birla or Azim Premji or Ratan Tata, helps converge people’s talent and attention to excel at their own possibilities.

Building social capital and a brand

Lastly, how does one explain the logic of the fat Marwari weddings where the hidden wealth oozes out in all forms and fashions? What seems to be the logic of frugality through the year, and extravagance on a specific festival or occasion? These are all means to building social capital. During the days when property rights were weak and formal means of lending and borrowing were non-existent, one of the primary ways of doing businesses was to build a strong reputation. Social sanctions for opportunistic behaviour were far more potent and commonplace than any rule of the land.

If success in business is a direct consequence of one’s social capital, festivals and special ceremonies such as marriages, or even deaths, are the means to earn the capital. Even today, if one were to observe the market of diamond and precious stone trading in Jaipur, almost all of the exchange happens on goodwill. The so-called clans are deeply entrenched in the ways of doing business, and that’s not going anywhere anytime soon.

The entrepreneurs, notwithstanding their enthusiasm and even formal education, can certainly draw lessons from family businesses, including the Marwari families on building and growing businesses that transcend generations. By taking a long view, nurturing social capital, honing financial acumen and practising frugality, the entrepreneurs can add economic value and potentially register themselves in the annals of Indian business history.