[Tech30] Bolt, a small chip that can turn your product from a dead brick to data collection hotspot 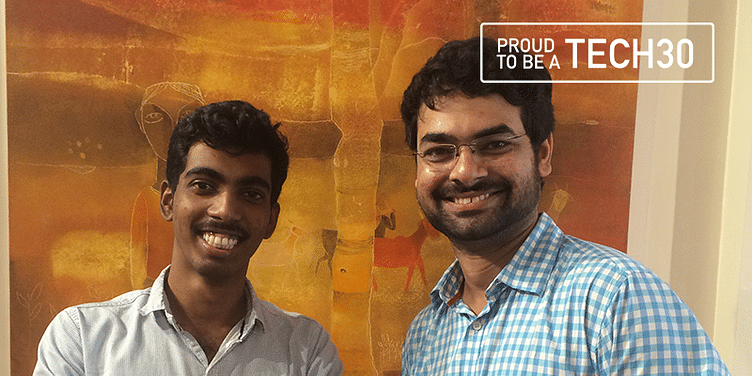 The 'State of the Market: Internet of Things 2016’ Verizon report very rightly summarised the daunting cloud of anxiety and perplexity that surrounds the cloud wave. For the uninitiated, creating, implementing, and managing IoT applications is a complex process involving sensors and mobile devices, secure network connectivity, storage, big data analytics, the ability to scale new services, and ongoing integration and fine-tuning. Most enterprises, regardless of size, do not have all of the capabilities required to make IoT a reality in-house. This fragmented ecosystem with concerns about security and privacy will curb the proliferation of IoT platforms, and hence provided a Tech30-worthy solution.

Pranav graduated from the Goa Institute of Management, and, six months into his job at IMRB International, was already scouting for more consequential roles to play in India’s innovation ecosystem. “Entrepreneurship lets me leave a much bigger impact on the world and contribute to the society easily. More importantly, I get to work on an idea which inspires me,” says Pranav. On that note, he bid adieu to his short 9–to–5 stint and started hacking away at the problem, co-founding Inventrom with Pranav Kundaikar, a fellow electronics and telecommunications engineer from Goa Engineering College. They eventually came up with a solution in the form of Bolt.

Bolt enables enterprises and makers to build scalable IoT products in just a day’s time. An Internet of Things platform, providing the hardware as well as the cloud, Bolt's small yet highly functional prototyping board and intuitive product building experience help to build prototypes within days, with minimal cost and man-hours. Additionally, Bolt’s cloud platform helps enterprises control and monitor the products over the internet, create personalised dashboards to visualise the data, monitor device health, send text alerts, and more.

It comes with a WiFi module which lets you connect sensors and a cloud platform to store and analyse data. All in all, Bolt takes care of analytics, visualisation, network connectivity, storage, and scalability, so that the developers can focus on the end application.

Some salient features, as narrated by Pranav:

A fitting journey for a grand destination

Fun fact: During Investrom’s initial days, they were working on an industrial load-carrying robot, but were never able to launch the product due to lack of expertise in the team. “Post this failure, we started working on an IoT platform — NetPlug. While NetPlug was appreciated by tech community, it was a commercial failure due to its high price. It was only in January 2016 that we got the idea of Bolt,” reveals Pranav of the run-up to Bolt, a product being used by thousands within just a few months of its launch. Bolt is available for a tenth of the price of NetPlug, and is also handier in terms of shape and form.

The duo and their first employee, Onkar Naik, shacked up in the office for days on end to get the product ready by the launch date. “The effort paid off. We had more than 100 orders even before the launch,” says Pranav.

Before the launch of Bolt, their advisor and mentor, Hari Balasubramanyam, came up with the gem that Bolt be pushed to makers and developers. While it was tough to approach multinationals and big companies directly, the makers that used the product for their projects preferred using Bolt over other platforms when they joined organisations, and endorsed it. “In fact, we got one of our first multinational clients because the intern they hired was one of the first users of Bolt and she insisted on using Bolt for their product,” he says.

The evangelists multiply and diversify

Today, a sizable community of makers and students is using Bolt for projects like internet controlled robots, IoT washing machines, etc. as well.

Besides that, people have built various products on Bolt such as IoT lighting, internet-connected 3D printers, and industrial monitoring systems. Mukunda Foods, which has built an automatic dosa-maker, is planning to use Bolt for making their product IoT-enabled. A major FMCG company is using Bolt to build next generation connected packaging which will automatically place the order of item to the nearest vendor when it’s over. A few banking and financial institutes are working with Bolt to improve security and user interaction. Bolt is also used for building IoT products for improving farming in some of the remote villages in India.

Another leading Indian consumer goods company is running a pilot to monitor the usage habits for its oil brand. With Bolt-based oil cans, they can offer specialised services like auto-refill orders and targeted advertisement.

Following Bolt’s successful pilot with an Indian conglomerate’s agri-business division, the company is now planning to scale its Bolt deployment to one lakh farms across two south Indian states over the next two to three years. Inventrom is also in talks with a few players in the banking and financial services sector to build IoT products and services to improve customer experience.

Numbers that can do the talking

More than a thousand units of Bolt have been sold since they started shipping in March 2016. They are now shipping more than 500 units a month.

“We are looking at scaling up to the deployment of a million Bolt units in the next two to three years. We do not have much competition in India; however, US- based companies like Particle IO and Electric Imp are competitors outside India,” he says.

Just a few days ago, the young team raised a round of Rs 3 crore from N Sriram, Founder and CEO of Tulip Group, a Goa-based healthcare organisation. The funds will be allocated to the expansion of their team, which currently stands at 10- odd employees, and of course, improvising on their product. Additionally, it has received grants of Rs 5 lakh each as a part of the Economic Times Power of Ideas 2016 and the Chief Minister's Award for the Best Startup in Goa.

Built with love in Goa, Inventrom boasts of a passionate team in an upcoming domain that has received validation not just from investors and market experts, but most importantly, from their clients – which is a true mark of promise, and what helped them break into Tech30 2016. “To be honest, I applied for Tech30 twice before, and was not selected. It is indeed a great honour to be finally part of the coveted group,” says Pranav, as he signs off for yet another exciting leg on their journey.