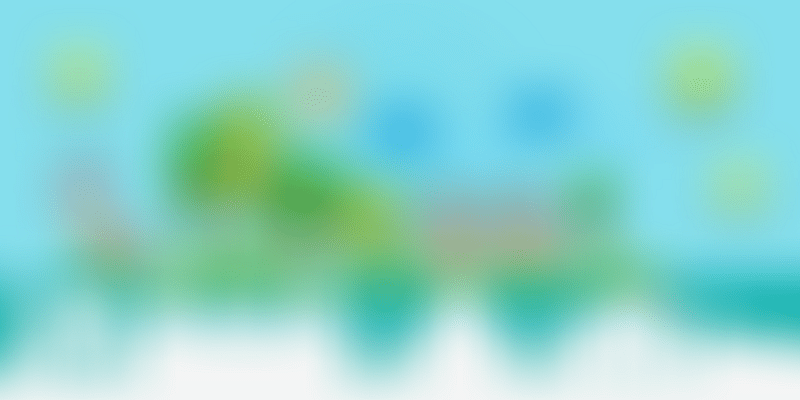 It all started with the announcement of Jawaharlal Nehru National Solar Mission (JNNSM) in the month of January 2010 by the Government of India. The initial target fixed by the government was to have 20 Giga Watts (GW) of solar photovoltaic (PV) plants installed by the year 2022. This was an initiative by the Indian government in line with the increasing need and demand for clean and sustainable energy generation world over. With carbon levels soaring high and threatening, the very existence and sustenance of the life on earth and the saturation of the Wind Energy Industry, JNNSM was a shot in the arm for earth’s sustainability in general and providing clean energy to the future generation of India in particular.

Given the cost of technologies and heavy import dependency, by the end of first fiscal, post the announcement of JNNSM, the turn-out was very meagre by the investors in solar industry. The business did not seem worth giving a shot till the incentives were announced in the form of PF tax breaks, excise exemption, and the like. Although these created an initial momentum, it was not enough to push the industry further. With a low movement until 2014, the capacity added was just over 2.5GW.

With the new government coming in 2014, the JNNSM targets were increased by 10 folds to an ambitious figure of 100GW by year 2022. This move by the government was possible due to the positive sentiment prevailing in the Indian renewable sector and the impeding need of reducing India’s carbon footprint as agreed upon at the Conference of the Parties (COP20) in the year 2014. Further to this, the land acquisition policies and bidding strategies were reframed to fit the need of achieving this ambitious target. From 2014 until the closure of last fiscal, we have seen capacity addition raised by 170 percent to 6.7GW.

It needs to be established that solar industry’s growth has bolstered employment and vocational training for the rural youth, given the projects are usually set up in the interiors of the country. If we get into detail, then from start to its completion of a 1MW solar project involves about 170 personnel working for four months. According to a report from Natural Resources Defense Council (NRDC) and the Council on Energy, Environment and Water (CEEW), up to one million jobs are being created due to the Indian solar industry’s growth in the coming five years. Institutions such as GERMI (Gujarat Energy Research and Management Institute) have dedicated programmes that train personnel to excel in various aspects of solar installations and planning.

The graph below throws some light on how the sector has fared in capacity addition till now:

Over the next five years, we will be seeing capacity additions in the excess of 10GW per year. This is a much required shift in gears to reach the elusive target of 100GW by 2022. The sector is already surging towards grid parity; we have seen Power Purchase Agreements (PPA) signed at Rs 5 per unit as compared to more than Rs 12 per unit just a few years ago. All these are seemingly positive changes the sector is going through; nevertheless, there are a few concerns over this hypergrowth strategy India is aiming to achieve.

The downside and possible remedies:

There are a few pain points that the industry as a whole needs to address to make it more robust and for the all-round growth of its stake holders.

The volatility of prices of essential commodities like diesel, steel, zinc, etc., needs to be considered and included in the discussions and agreements to make the pricing more transparent. This will ensure that the mid-level contractors are cushioned to sustain if at all there is a blow to their business .

Funding has become difficult to come by, leading to delays in project execution, several developers and EPCs are submerged under deep debt, with some even going bankrupt. Few of these players are leveraging their assets to pour in cash into the projects, and this shows the dependability of solar as it will definitely reap rich dividends in the longer run. However, this shouldn’t be a routine practice; the industry should be encouraged with loans at reduced interest rates and special incentives.

Adding to the woes are hard-pressed PPA deadlines, which gives only a year from start to commissioning of the power plant irrespective of the project size. This should change, at least for the next two to three years, until the industry finds stability. The PPAs should be considerate of the project size and extensions need to be provided for ultra-mega power projects of size 50MW and above.

The ultra-low price bids, the latest being Rs 4.34 per unit, has created some concern in the industry circles, though it is good for attaining grid parity. However, it was too early for our emerging market, if this continues as a spree; it is going to stress the entire network.

There is a need to develop infrastructure on a war footing to supply for the ever-increasing demands of the industry, both in terms of quality and quantity, to reach the target of 100GW. Also, our country lacks a capable grid system to take on the power that will be pumped by these larger solar power farms. The need to create these able systems should be prioritised and worked upon to make the most of the solar installations.

Lastly, GST is an unnecessary evil for emerging sectors like the Indian solar. If implemented, there will be an upfront of 10-15 percent rise in the initial investment, which will make the projects unviable, given the fund crunch the industry is already experiencing. The solar industry in India is better off without GST. One other key reform that needs to be brought about in the solar sector would be terminating of the tax exemptions on all materials save panels, as they are cost intensive. The present exemptions apply only to the end product and not on the raw material. This causes some unnecessary stress on the network, as companies that fabricate products need to consider these exemptions while deciding on the pricing. This leads to opaqueness, which is not good for the sustained growth.

The ground mount sector of solar industry is largely dependent of the availability of large swaths of open land and land is a limited resource, thus the whole industry will be shifting towards rooftop installations. This is a welcoming change for the Indian subcontinent, as roofs can be found in abundance in urban India. Having solar projects installed on the roofs makes the country’s population more inclusive towards renewable energy growth. Thus, it will lead to lesser dependency on the conventional energy sources. This will significantly assist in reducing our carbon footprint as well making the world a better place to live.

Another good thing is the increasing technological advancement in the key components of a solar power plant. The efficiency and capacities of the modules are rising while their prices are dwindling. This is a definite game changer as the project costs will exponentially reduce and energy produces per square meter will dramatically increase.

We have seen TATA Power acquiring the renewable energy portfolio of Welspun, which includes close to 1GW of solar projects, in a whopping $1.4 billion deal that means paying 10 percent higher that the market price of these assets. When the big players are ready to leverage such huge sums on a seven-year-old industry, it’s a shot in the arm for the sector. This proves that there is tremendous opportunity waiting to be tapped.

The Indian solar sector is making great strides. Few concerns stated above will eventually be sorted. Let’s brace ourselves to see the great time that will dawn upon our nation.