A case for startup utsavs 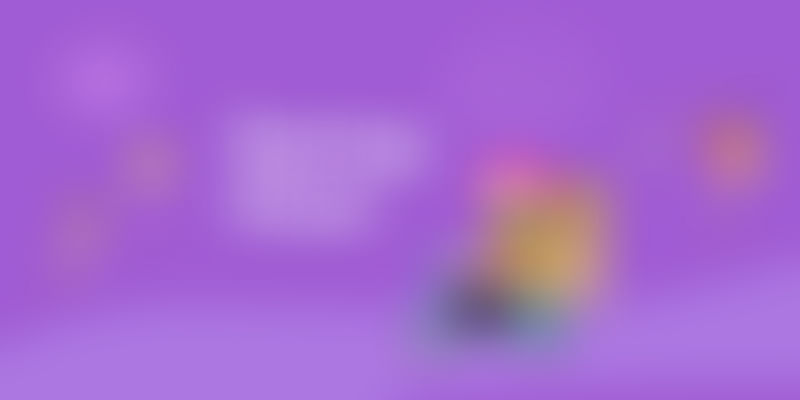 This is the month to be festive. Or at least that is what several brands would want us to believe. With a flurry of media activity, slated to coincide with religious events across the country, one is being exhorted to exercise the credit card more than the body and mind. But in the midst of the exploding firecrackers, blaring music and infectious revelry, is there an idea that is staring back at those who have walked the entrepreneurial path?

Anthropologists have long waxed eloquent on the importance of festivals within tribes. They help foster a sense of togetherness and often bring a structure to social interaction. Sometimes they also trigger those random interactions which lead to interesting things like innovations or families.

However, festivals might also play an important role in modern day startups hitherto not seen in other kinds of organisations. For what are startups if not a tribe of people driven by the shared desire of making a dent in the world? That being said, there seems to be a need to kindle in-house festive occasions which will seed the culture of the new company. Actions speak louder than words, and the creation of such rituals can possibly ignite greater dhamakas within than those heard outside the office over the next few weeks.

There is usually an interesting story or incident which catalysed the founder to create the startup. It is quite amazing to hear this, whenever a founder shares the same when asked (and this is always worth asking). But what is perhaps even more incredible is to learn that very few employees know of the same tale. In the mad rush for valuations, in the quest to ensure working capital requirements, in the urgent surge to the market, organisations often forget their raison d'être.

There is nothing that captures human attention like a story. Narratives have been one of the primary mediums through which people have learnt things; just look at the world’s great religions for confirmation. In fact, the founding story often lays down the cultural pillars of the new company. That sense of adventure, imaginative thinking and rebellion which led to an idea being born needs to be revisited every single day. This is why institutionalising a founding day, when this tale of inception is revisited and perhaps entertainingly recreated, retold and reinterpreted, might get the internal conversation buzzing along the right lines. And that could just add some riveting dialogues in an unfolding corporate blockbuster.

We live in a society where failure is frowned upon, from children being petrified of doing badly in exams, to young people thinking they are falling behind when they see a peer surging ahead. ‘Failure is a stepping stone to more failures’ seems to be the populist view on pitfalls. The corporate world picks up the baton once these young minds enter it, castigating failure even more. It is fascinating to imagine where the aviation industry might have ended up had the Wright brothers feared the inevitable falls in experimenting with machine-powered flight. Their initial wrongs set the whole world of travel right.

Henry Ford mused, “Failure is an opportunity to begin again, more intelligently.” This piece of wisdom applies across many domains, but finds particular resonance in the world of startups. The challenge of starting something new involves trial and speculation. And these are liable to fail. But failure can be a great teacher. It can also be recast another way —Viagra and Post-it being prime examples. Forums where failures of the past are examined afresh, with the perspective of hindsight, and with no intention of playing the blame game, could be interesting annual interventions in startup organisations. In fact, failing to recognise the insights uncovered by mistakes might represent the greatest failure of them all.

One thing that is common to several startup stories these days is that they are mostly in the digital domain. While that implies several advantages in terms of scale and speed, one factor takes a battering, especially from the viewpoint of audience perception. These companies are perhaps perceived to be rather cold when it comes to human interaction. Most of their dealings are seen to be purely transactional. At a time when customer feedback and reviews are eternally popular searches, this is a cue to move from purely delivering lip service to actually making people smile.

Interestingly Jeff Bezos has likened customer visits to “guests who have come over for a party.” Indians in fact have an ingrained belief system when it comes to guests — ‘Atithi Devo Bhava’. This inspiring maxim can do wonders for the organisation if it is truly taken to heart. There is a need to instil the attitude of going the extra mile when it comes to serving the customer. Many industries, especially those in the service sector, have embraced this in some manner. There exist urban legends of how famous airline brands have tracked their customers in the most obscure locations to return things they left behind on flights. Needless to say, these examples do wonders for favourable word of mouth, given their viral nature. Putting in place a system which tracks, recognises and rewards instances where employees having gone beyond the call of duty and their job definition to enhance a customer experience is surely a worthwhile initiative to nurture. A satisfied customer leaving the company premises (online or offline), can only send the revenue projections soaring in one direction.

Patching up the scars

Startups deal with innovation and creativity on almost a daily basis. There is a wonderful metaphor in Indian mythology which captures this process — the churning of the cosmic ocean to uncover nectar. It is only when opposing viewpoints are made to conflict and collide that pure gold in terms of breakthrough ideas emerges. This creative abrasion of sorts is not without collateral damage, though. It is obvious that egos get ruptured and feelings are hurt when ideas fight for salience. These pitched battles for getting one approach to trump others often sees personal demons surface in the postwar aftermath, and that is even without having Donald in the room.

Scars caused after a full-pitched, passionate internal meeting are often swept under the carpet. But that is just a ready recipe to ensure talent drains out of the company. While skirmishes of thought are necessary and healthy for any organisation, ensuring everyone does not let wounds linger in the consciousness can only make the startup healthier in the long run. Interventions where employees are urged to come forth (even if on a purely one-on-one basis), resolve festering issues and bury the hatchet could help keep everyone on the same side and pulling in the same direction. Even in full contact sport, there is the ritual of participants shaking hands after battering each other. All bad blood should be left behind once one leaves the battleground, be it the conference room or the ring.

To conclude, festivals which are born within a startup give it a uniqueness and edge, especially in times when young talent is looking to associate with differentiated workplaces.

For it is true that once people swipe in their identity cards at the door, they expect to enter a whole new world.

A world which represents significant improvement over the environments they have experienced previously.

Now how entertaining would such a world be if it didn’t have its very own utsavs?