6 tips on making to-do lists work for you 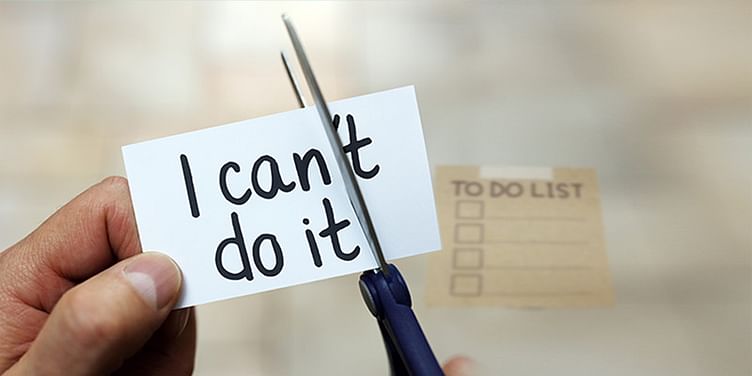 To-do lists were meant to make life simpler. You write down things you want to accomplish in a day, follow them to the T and, voila, you become more productive and everything falls into place magically! Alas, only if this was true! To-do lists can help us get organised and reduce the stress of forgetting things we need to do, but only if we use them efficiently.

Simply jotting down tasks as and when you remember them is not going to translate to productive use of time. Psychologists Robert Emmons and Laura King proved this in their book ‘Willpower: Rediscovering the Greatest Human Strength’ by asking a group of people to list down 15 goals they wanted to achieve. They found that a large list of conflicting goals only creates repetitive thoughts about the tasks at hand. Dubbed the Zeigarnik effect in the world of psychology, this exercise proved that we tend to remain fixated on unfinished tasks, thus, ending up with immense mental and physical discomfort.

What you need to do instead is prioritise your tasks, break them down into smaller chunks and schedule them at a time when you are most likely to give it your best. Phew! Now, we know what you are thinking. To-do lists are meant to be time-savers; if we were to spend so much time on just making the perfect to-do list, how on earth are we going to get the things on the list done? Fret not. Here are some tips to keep in mind while making lists that will end up saving your time and help you get more things done.

Adopt the must, should, want method

Follow the lead of Jay Shirley, who developed the productivity app, The Daily Practice. Make three heads on your to-do list and categorise your tasks into must-dos, should-dos and want-to-dos. In this way, you are prioritising them according to their perceived impact. Must-do tasks are those that will have an immediate impact, should-dos are those that contribute to your long-term goals and want-to-dos are what will bring balance to the picture and include things that you really want to get done and are passionate about. So adopting this method ensures both order and happiness in your day.

Use both digital and paper lists

Although this might sound like we are asking you to duplicate your efforts, trust us, complementing your digital to-do list with a paper planner will only keep you more organised and focussed. Fill in your digital list with every task you can think of to get done, while your paper one can be your daily, prioritised list of things of immediate importance. Although we are being bombarded with many digital options to keep track of tasks that need to be completed, the rush that a paper list gives us cannot be undermined. According to Timothy Pychyl, professor of psychology at Carleton University in Ottawa, Canada, simply writing down tasks you would like to complete makes your brain simulate the success you would like to feel by completing them.

Break down tasks into actionable chunks

While writing a list, make sure that tasks you put down are specific and actionable. Entries like ‘find an apartment’ or ‘finish thesis by evening’ or ‘research for to-do list story’ are too vague to be actually taken up and completed. Instead, break them down into smaller chunks like ‘call a friend and get broker’s number’, ‘check Facebook group for leads’, ‘call owners and negotiate rents’ and so on. For your thesis, focus on the number of chapters or number of words to be completed in a day and so on. You could either move on from one task to the other and finish the project at one go and be done with it or spread different tasks of one project to different parts of your day, depending on your working style and attention span.

This is also another way to prioritise and condense your long-winding, ambitious list. Try splitting it into a 1-3-5 model. Focus on accomplishing one big mission, three medium tasks and five smaller things on any given day. This will help you keep procrastination at bay and accomplish more because you have now acknowledged the scale of each task and grouped them accordingly. You will be more focussed and such a list will prevent a burnout. If nine tasks seem a lot to you, try the 3+2 method, in which you list out three big things and two smaller tasks to complete in a day.

Finish one big task before lunch

Look at the first task you listed out on your 1-3-5 list and get it done before lunch. Mark Twain once said that if the first thing you do every morning is eat a live frog, you can spend the rest of the day knowing that the worst is over. Motivational speaker Brian Tracy follows on this lead and suggests that if we have two frogs on our list, eat the uglier one first. Accomplishing the hardest task on your list before lunch creates confidence and a ripple effect, stops procrastination and motivates you to get the rest of the things on your list done.

Take a look at your list at the end of each day and keep track of how much you have actually accomplished. Following this routine for a few days will give you an idea about your time, speed in doing particular tasks and also make it easier to identify the most productive hours of the day. Take a cue from things that you didn’t do on the list and figure out why you couldn’t accomplish them--were you out of time, were they not clear enough, can they be postponed? Use this information well while charting out future lists. Always keep in mind the golden rule of planning--do not schedule more than 75 per cent of your time into to-do lists.

Remember that the idea behind to-do lists is to make you work smarter, not harder. So take a deep breath and use these tips to organise your life and work and be more productive.

What hacks do you use to make your to-do lists work for you? Let us know in the comments below.