The bus that Canara Bank turned into an ATM 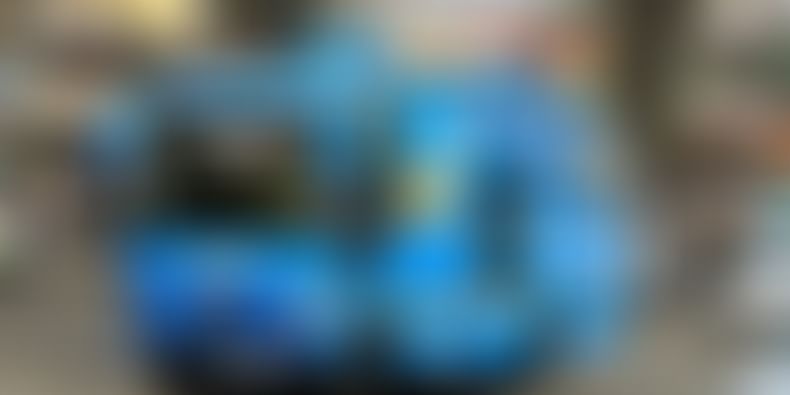 It’s been over a week since Prime Minister Narendra Modi announced the demonetisation of Rs 500 and Rs 1,000 notes in a bid to curb black money. The nation was caught unawares by the small window between the announcement and the execution, and ATMs, banks, and post offices have accordingly been mobbed by people looking to exchange, deposit, and withdraw money.

While this chaos might take some more days to settle down, the government and the banking sector are taking steps to ease the public’s discomfort. While the country struggles to come to terms with the sudden disappearance of Rs 500 and Rs 1,000 notes, our very own Silicon Valley has just welcomed an ATM bus. Surprised? Join the club, because most of us were.

On a busy Sunday afternoon, when bustling MG Road looked no different than usual, a blue bus stood out, and rightly so — after all, it is not every day that you see stationary buses attracting long queues. Converted into an ATM by Canara Bank, this was a way of providing the cash-strapped public some relief. In all, over 800 customers were benefited.

The ATM van arrived at 5:30 pm and most of the people were happy to use the service as they didn't have to wait in long queues. There is no need to panic as the banks have been informed by the Reserve Bank of India that by Tuesday or Wednesday the ATM machines will have sufficient cash as they will be loaded with new denominations of Rs 500 and 2,000

Out of the 866 banks in Bengaluru, only 250 have sufficient cash. Chinivar further added,

The service was used the whole night and got a good response from the people. He also added that the demand seems endless.

Over the last two days, the bus has successfully processed over 1,600 transactions worth over 3.2 million rupees ($47,000). Although this is the first time many in the city have heard of an ATM bus, Canara Bank has been using the service to introduce banking in rural areas for the past five years. Taking into account the drastically increased demand for ATMs in light of recent events, Chiniwar decided to deploy the service in Bengaluru. He mentioned that the bank soon plans to add another five to six such sources of cash.