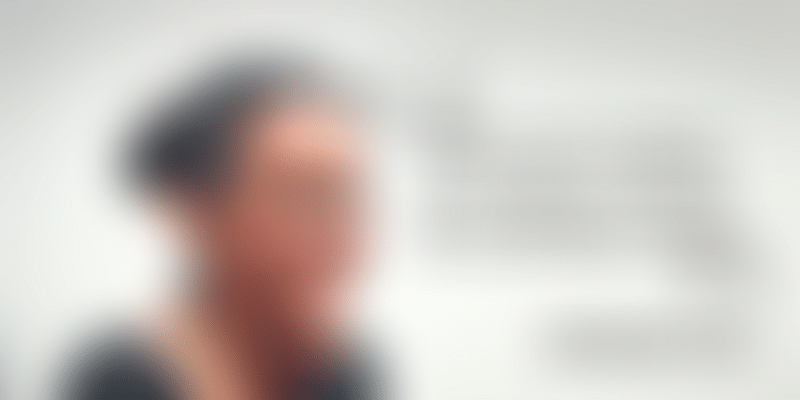 Arundhati Roy is a woman who needs no introduction. Her voice has been heard, accepted, and amplified, and has been retaliated against. Regardless of how it has been perceived, she has continued to speak her mind with a firmness that makes one wonder where the strength for it comes from.

Last month she announced that her new novel, The Ministry of Utmost Happiness, is ready for release in June 2017 – twenty years after her first, The God of Small Things. Today, on her birthday, let’s trace the dauntless steps she has taken in all these years.

Before there was a God of small things

Arundhati Roy was born in Shillong, Meghalaya, where she lived for a brief period before moving with her brother and divorced mother to Kerala. As a child, she felt more at home with the Dalits and other ‘lower’ castes than in the Christian community. She believes that she thinks the way she does because “Nobody paid enough attention to indoctrinate me.” Even as a young girl, Roy was a “perfect and a tremendous debater,” as her brother, Isaac, recalled. It seemed very much like Roy was already the woman she would become.

Roy spent a brief spell enchanted by the film industry. It was through the filmmaker Pradip Krishnan (whom she would later marry) that she was introduced to movies and television. She appeared in Massey Sahib, directed by Krishnan, and wrote screenplays for Electric Moon and In Which Annie Gives It Those Ones. She won the National Film Award for Best Screenplay for the latter.

Roy soon lost her enthusiasm for film, broke away from it and worked indiscriminately for some time. In 1992, she began writing The God of Small Things and completed it in 1996. It was a semi-autobiographical novel reflecting her childhood experiences in Aymanam, Kerala. The book received a tremendous international response from critics and readers alike. It placed fourth in The New York Times bestseller list and received the Man Booker Prize a year later in 1997. She did, however, face obscenity charges in India for the book’s uninhibited voluptuous content.

When the storyteller took a break

After the success of her first novel (which many later thought would be her last), Roy took an unprecedented turn into political writing and activism, which she has done for the last 20 years. Bold and forthright, she found herself in the midst of many ugly political manoeuvres and court cases. In 1998, the BJP government carried out nuclear tests in Pokhran, Rajasthan, to which a majority of the middle-class population rejoiced. Roy, abhorred by this, wrote the essay The End of Imagination, critiquing the government’s nuclear policies and the rising middle-class for their superfluous pride. This essay marked the beginning of many more to come that Roy flung courageously at the state its people.

2002 saw her joining Medha Patkar and the villagers of Gujarat in their protest against the Narmada dam project. Roy donated her Booker Prize money for the cause and wrote several essays on it, criticising the Supreme Court’s approval for the project. When the court issued a notice of contempt against her, she retaliated in a statement accusing the court of silencing “dissent, to harass and intimidate those who disagree with it”. The court, offended by her language, sentenced her to a day’s imprisonment and a fine of Rs 2000.

Roy has voiced her distress at the Gujarat Muslim massacre, raised questions on the inadequate investigation of the Indian Parliament attack, protested mining operations, and visited affected tribal communities and written of their plight. The issue that she was consumed by, however, was that of Kashmir and India’s military presence in it. She believed, and even out rightly said, “Kashmir was never an integral part of India.” Roy faced immense outrage for her stance on this issue. Angry mobs assembled at her door step, and she was branded as “anti-national”. Despite these responses, Roy continued her activism as she felt that her political writings were a social responsibility and that “not saying anything becomes as political as saying something.”

After 20 years of political essays and books, Roy has clearly discerned her fiction and non-fiction style. “My fiction is never about an issue. I don't set myself some political task and weave a story around it. I might as well write a straightforward non-fiction piece if that is what I wanted to do… I think it is an irreducible thing, fiction. It’s itself.”

In 2007, she stated that she had begun writing her second novel, but without any idea about when she might finish it. Work on it was intermittent and when, in 2011, she attempted to continue it again, she was drawn to the issue of Maoists in Central India and headed there to investigate. Now, finally into 2016, she is “glad to report that the mad souls (even the wicked ones) in The Ministry of Utmost Happiness have found a way into the world.”

While the country, and the world, awaits her new novel, Roy hasn’t averted her eyes from social and environmental issues. As a voice that has not been silenced, Arundhati Roy surely has a lot more to say. The only question is, will her country listen?