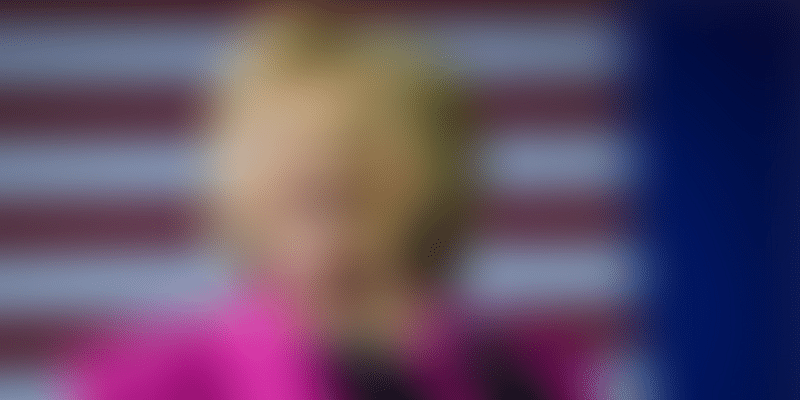 Just imagine the disarray the White House will find itself in if Hillary Clinton becomes the first female US President. For the first time in 227 years (the first election held in 1789), there will be no First Lady selecting fine China for White House dinners!

Bill Clinton will be choosing dinner menus while the lady of the White House sits behind the resolute desk making decisions that will impact the free world as we know it!

Surprisingly, many other democracies have had women at their helm. India with a female Prime Minister and President, Indira Gandhi and Pratibha Patil, respectively, got there almost four decades earlier. Even countries like Pakistan (Benazir Bhutto), Bangladesh (Sheikh Hasina and Khalid Zia), Sri Lanka (Sirimavo Bandaranaike and Chandrika Kumaratunga), and Nepal (Bidhya Devi Bhandari) have had a female heads of state.

It’s not just Asia that the US lags behind in Europe — in Europe, Angela Merkel is the serving Chancellor of Germany. Britain has Margaret Thatcher. Croatia (Kolinda Grabar-Kitarović), Turkey (Tansu Çiller), New Zealand (Helen Clark), and Mozambique (Luisa Diogo) too have had women at the top post.

So with a bunch of women already having laid the path, why is Hillary’s presidency so important to women?

What will her victory mean for women in America and for those across the world?

Well, the USA is one of the largest democracies in the world and also a mélange of cultures and communities. As one of the most powerful First World countries, the USA yields considerable power in world politics and global economy.

Given its stature, the US has emerged as a beacon of liberty and democratic principles for nations across the globe. A vocal proponent of equal opportunities and rights for women, the country in its own history of over two centuries has never had a woman president. Perhaps now, the time seems right for a woman to take over the reins of this nation and this is what it will mean to the world:

A girl can dream

To little girls in America and around the world, it means that they can dream of sitting at the highest office in the country and one of the most powerful in the world.

For Millennials it may seem a logical progression to see a woman in the Oval Office, but for generations of women who for many years were denied the right to vote and who for years had fought for this right to have a say in this decision, this moment is epic. History has finally reached a point that many of them may only have dreamt of — that of seeing a woman successfully run for the top office of the land. For the generations of women who worked hard only to settle for jobs “suited” for women, this is a moment to cherish, a moment of fulfilment of those collective aspirations that were waylaid through those years of struggle.

There is the expectation that Hillary will pitch for women and have more women in her team and within the White House. Having more women in positions of power will only help more women breaking the glass ceiling in their respective streams, allowing their merit and calibre to shine through.

Hillary will be able to understand firsthand the problems women face. Some of the issues on her agenda are planned parenthood, quality and affordable childcare, women’s rights, addressing violence against women, and protecting women’s health and reproductive rights. If Hillary becomes President, then we are hoping that women’s issues will be given centre stage.

Men are not used to following women but with Hillary in the White House, it will become common for men from the Secret Service to Cabinet to White House staff where the lady in residence will command the armed forces in the briefing room, sit in the oval office and meet other state heads, and represent America everywhere.

Nice to have a First Man

With Bill Clinton as the First Man, rules in America will change. The role that a man and a woman have to play in the White House will be shaken; it will shake up things across American households.

As the mystery unfolds in the next few days, and if Hillary does make it to the White House, the test will be to see how she fields the challenges that will come her way. A female president will definitely ruffle feathers, and the men and the society will definitely benefit from the disruption this brings.

Should she win, the scrutiny will be fierce. This will be more so as a woman, considering they are held to a higher standard at the workplace, constantly trying to prove their merit vis-à-vis their male counterparts.

All that said, what remains to be seen is how Hillary delivers on her electoral promises because ultimately, it will be her achievements in the Oval that she will be judged against. While it is a personal battle to the presidency no doubt, once there, she has a burden to succeed, not merely for her own glory, but because her success will inspire a multitude of women both in America and beyond.