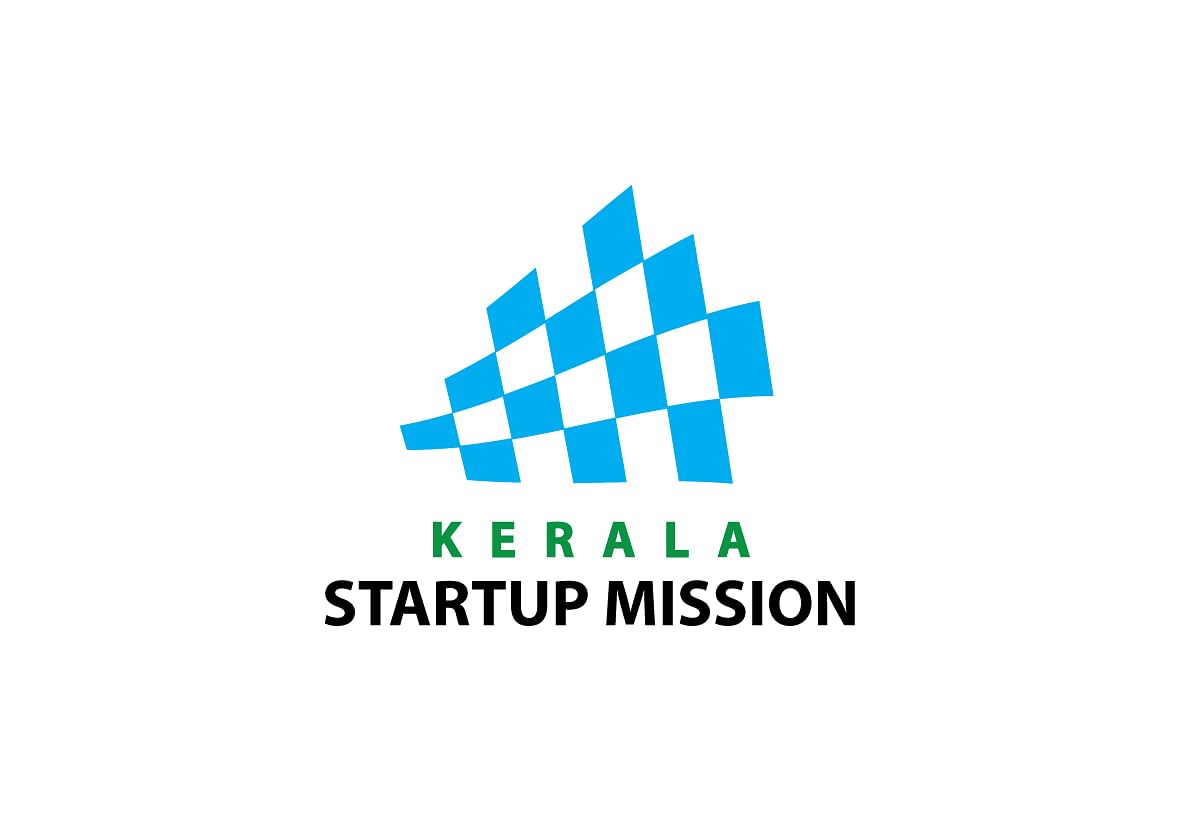 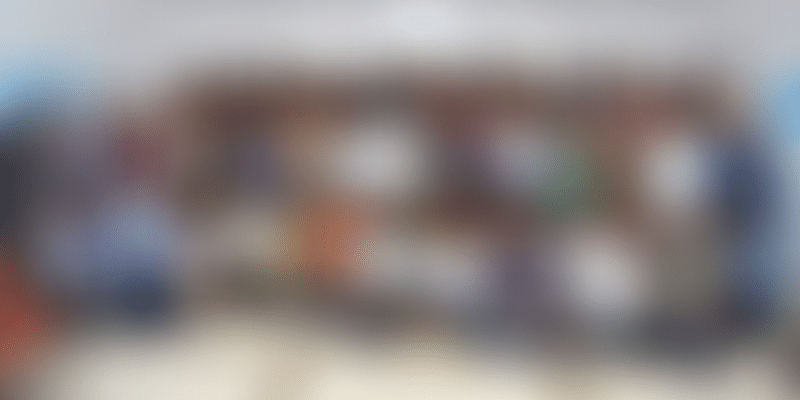 Thousands of government school children in Kerala are more than familiar with ‘Raspberry Pi’. The tiny computer, on which the children code and create interesting projects, is part of a mission to sow the seeds of innovation and experimentation in young minds.

As part of the ‘Learn to Code’ initiative by the Kerala Startup Mission, 10,000 Raspberry Pi units have been distributed to students in more than 2,500 government schools. To ensure effective utilisation of the devices, 150 teachers and 40,000 students have already undergone training. After the initial phase of distribution, which concluded in 2015, the mission conducted contests and prizes worth Rs 4 lakh were distributed among victorious students.

The inspiration to nurture home-grown talent

Kerala’s love story with the overseas job market, predominantly the Middle East and the US, is well-known. It is said that the Middle East accounts for nearly 10 percent of Kerala’s working population at any given time.

For decades, this was a positive trend since it helped pump remittances into the local economy. But with the recent volatile global economy and the Gulf oil crisis, these remittances have sharply fallen, indicating a gradual decline in the overseas job market. This is in contrast to the rapid growth of the domestic economy.

Seeing a need to reverse the brain drain and capitalise on the state’s knowledge economy, the Kerala Startup Mission (KSUM), formerly Technopark Technology Business Incubator (T-TBI), was set up in 2006 as an independent society, though the business incubation centre was set up way back in 2002 to help home-grown companies. T-TBI was touted as one of India’s first successful non-academic business incubators and was a joint initiative of the Department of Science and Technology (DST), Government of India and the Kerala state government. By 2014, the policy makers identified the importance of a structured systemic intervention for promoting startups in the state and made T-TBI the nodal agency for supporting startups and drafted the ‘Kerala Technology Startup Policy’. In 2015, T-TBI rebranded itself as KSUM.

Today, KSUM plays an instrumental role in fast-tracking startup growth in the state through a number of initiatives – from development of infrastructure, academic interventions, partnerships with research and development institutions, industry associations, and implementing the Technology Startup Policy.

A springboard for a new generation of promising startups

In many ways, KSUM has been instrumental in creating a congenial entrepreneurial ecosystem in the state and nurturing its growth. The Kerala Technology Startup policy is helping with this. As the nodal agency implementing the policy, KSUM has come up with various schemes to make it more effective: incubation programmes, infrastructure creation, youth entrepreneurship development programmes, among others.

“The state has a high literacy rate and skilled human capital. But to actually translate that into a positive outcome for the local economy, we need to create world-class enterprises here. This has to start right at the student level, creating awareness about what it takes to be an entrepreneur and go on until the startups are ready to take off on their own. Funding, mentorship and industry connects in the very early stages are a must if we have to build world-class enterprises,” explains Dr Prasad.

Sharing why KSUM focuses on technology, “Systematically developing technical knowledge in youngsters will progressively change their outlook and enable them to be innovative. Innovation in technology is the thrust of growth, and has to be nurtured at every stage.”

The government conducts three big initiatives for the school-going student community. The ‘Learn to Code’ Raspberry Pi Programme is aimed at students in class 8. So far, they have distributed around 10,000 Raspberry Pi units, impacting 40,000 students. In the next phase, 10,000 kits will cover another 40,000 students. As part of the electronic kits distribution initiative, 4,000 plug-and-play kits are being distributed to students from classes 9 to 12. KSUM has also partnered with Intel to organise tech challenges for students from classes 8 to 12.

KSUM is setting up Innovation Entrepreneur Development Centres (IEDCs) in a number of colleges across the state. IEDCs are small incubators within colleges where students with innovative ideas can pursue entrepreneurship along with their studies. The Startup Mission allocates funds (Rs 2 lakh) for setting up IEDCs. As part of this initiative, KSUM conduct ideathons, hackathons, business modelling sessions, among others. So far, 200 startups are being mentored at IEDCs in more than 150 colleges across the state. Over 14,000 college students have participated in 157 boot camps and over 300 awareness programmes that have been conducted.

KSM has partnered with the Centre for Bits and Atoms, Massachusetts Institute of Technology (MIT) Fab Lab Foundation, USA, to set up fabrication laboratories in the state. A fabrication laboratory (FabLab) is a technical prototyping platform offering digital fabrication, enabling users to create smart devices. The FabLab is also a knowledge hub connected to a global community of learners, educators, technologists, researchers and innovators. India’s biggest FabLabs by MIT is located in Thiruvananthapuram and Kochi. Mini FabLabs are in the offing for 20 engineering colleges across the state.

This programme enables technology evangelists to organise maker workshops, ideathons, hackathons or workshops for startups and aspiring entrepreneurs. The fellows will act as a nucleus for a selected geographical location, where they could associate with neighbouring startup boot camps, R & D centres, and tie up with technology community partners like Apple, Microsoft, Mozilla, Google, Intel, MIT FabLabs to run technical workshops as well as entrepreneurship development programmes. The Kerala Startup Mission has already onboarded 25 fellows.

The programme aims to give students and young entrepreneurs from the state maximum exposure to international startup ecosystems and foster global cooperation. So far, 25 entrepreneurs have travelled to countries like China, Spain, USA, and UAE, to participate in conferences like ICRA 2016 in Stockholm, TiE Con 2016 AT THE Silicon Valley and exhibitions like the Technology Fair 2016 conducted by Draper University. These travels have helped the startups explore the international market and even pitch their products.

KUSM also provides entrepreneurs and students with access to some of the finest capacity building initiatives such as the UN-EMPRETEC Workshops (ETW) for entrepreneurs and the Management Development Programme (MDP) at the Indian Institute of Management, Kozhikode

As part of the Kerala Technology Startup Policy, KSUM is also inviting global accelerators to set up their programme in the state. In 2015, KSUM instituted the KEY (KSUM-EY) Accelerator in partnership with Ernst & Young in Thiruvananthapuram and Calicut.

In addition, the state government provides a host of incentives and support, such as access to several common infrastructure facilities such as a cloud server, device-testing labs, FablLabs, community and maker spaces, expert mentorship, workshops, weekly review with the experts, connects with VCs, international exposure and even reimbursement for filing patent.

“K-SUM has been instrumental in supporting us throughout our growth phase. I have also seen commendable results from their initiatives with college students. The team understands what is needed and works towards making it happen,” says Arjun Pillai, Founder of Profoundis, a startup which was acquired by Full Contacts.

Recognising that the government is also one of the largest technology consumers in any ecosystem, there is a strong attempt to provide startups with access, exposure and support to participate in government orders and contracts.

Kerala Startup Mission is also setting up innovation zones with state government departments and other organisations. Kerala State Electricity Board Ltd., Kerala's largest and only public utilities provider in the power sector, has already set up an innovation zone in Thiruvananthapuram.

In two years, the Kerala Startup Mission has been successful in creating a vibrant and world-class technology-innovation ecosystem for the youth of the state, but it has a long way to go before it can reach the goals it has set for itself.

Current funding situation in the state

In 2015-2016, private as well as government funding for startups in Kerala touched Rs 263 crore. It was also the year that saw massive change in the funding scenario in the state, compared to previous years. While $9.05 million (approximately Rs 60 crore) institutional funding came in 2014, the amount increased to $19.65 million (approximately Rs 130 crore) in 2015. This year, the first six months saw startup funding reaching $15.72 million (approximately Rs 100 crore) with more funding in the pipeline. The increase in institutional funding has primarily been because of the support rendered by the state government in ways of seed funding and equity base funding.

In fact, the funding from state government agencies alone in the last three years has been Rs 277 crore. With the government being enthusiastic and keen on supporting the local startup ecosystem, that number is poised to grow in future. And, with the state government being able to participate in SEBI-approved early stage venture capital funds, institutional funding is expected to rise in the coming years.

Together with funding, infrastructural and mentorship support, and a congenial startup policy, Kerala is fast growing as a highly-favoured startup hub in the country.

Check out more about KSUM and get everything you need to startup.