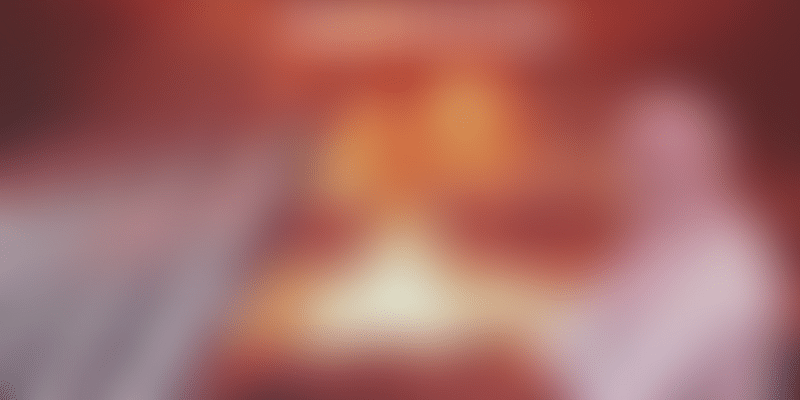 In all this flurry of the government scrapping Rs 500 and Rs 1,000 notes with immediate effect, what most have failed to see is the series of moves that had been leading up to this moment.

First, there was the Pradhan Mantri Jan-Dhan Yojana launched on August 28, 2014. The move was essentially to set the foundation of creating bank accounts for the unbanked and bringing them under the gamut of financial inclusion.

Then came the much awaited Unified Payment Interface (UPI), which allowed individuals to make payments through a single identifier like Aadhaar number or virtual address. This, along with the Bharat Bill Payment System (BBPS) launched in September 2016, was an effort to institutionalise digital payments in the country.

The Income Disclosure Scheme 2016 running between June and September gave tax defaulters an opportunity to wilfully disclose their incomes. This scheme may not have worked out as planned, but yesterday’s announcement has landed defaulters in a bigger soup.

After all these steps, Tuesday’s announcement seems like it could serve as the greatest push to a digital, cashless economy.

While people were attacking the ATMs closest to them in order to stock up on Rs 100 notes, fintech startups were celebrating the decision. After all, the prime minister’s support validates their vision of a cashless economy.

But what does this really mean for the Indian fintech world?

A veteran of the fintech startup space and Managing Partner at Prime Venture Partners, Sanjay Swamy lends some perspective. He says,

“With launching the Jan-Dhan and UPI, this seems to be done in a structured manner. There were foundational steps which were being laid. This will clean up the entire system, forcing people to declare the wealth stored up outside the reach of banks. It’s a 360-degree concerted effort when we consider the smartphone penetration and digital payment institutionalisation. We might have taken 20 years to transact digitally but the next wave of growth and adoption will happen in the next two to three years and the bulk will come from the 500 million mobile users in the country.”

According to him, these are the few immediate snowball effects of the decision:

In fact, there is no longer much incentive to use cash as a preferred method of payment and broadly, there will be no incentive to stay out of the system.

He further believes that India is at the inflection point of a new credit economy:

This almost seems like the Indian economy has started the curve of becoming a credit economy like the US.

According to Sanjay, credit lending will become the new king in the fintech space. He adds,

The next wave of fintech companies will be coming in the credit lending space, with multiple credit-based products in the market (including credit scoring).

Anurag Jain, co-founder and COO of peer-to-peer online invoice discounting platform KredX believes that the elimination of black money will lead to more compliance from businesses.

Having relied on black money for so long, how will businesses raise money? Anurag feels they will be forced to clean up and build their books, looking to NBFCs for funding.

Being in the alternative lending space, Anurag believes that this increase in compliance will act as a blessing in disguise, helping raise credit. However, people need to be made aware of the various credit lending avenues open to them.

So how will a credit lending platform like KredX fight the competition? The answer is simple, Anurag says,

Firstly, companies need to win the battle of trust, which cannot be built overnight. Secondly, due to a high gestation period, we will have better data of credit cycles than the newer players in the space. This coupled with technology will keep us in good stead. Also, the credit industry is known for its heterogeneity and the small unique processes each company builds on. So there isn’t any particular scalable model which can be just adopted and worked with. Therefore, in the lending space you have to be cautious about screwing up.

Today, KredX has cleared more than 3,000 invoices on its platform with an average ticket size of anywhere between Rs 10 lakh and 1 crore.

Speaking to YourStory, Govind Rajan, Freecharge CEO, claimed that post the announcement, there was a 12x surge in their customer’s wallet balances overnight. He adds,

“This is a game-changing decision. Structurally we are going to have a situation where e-cash now is better than actual physical cash. Also, we are expecting a huge surge in digital transactions from offline to online, with consumers getting into the habit of using digital payments.”

According to Govind, the average transaction size on a wallet ranges from Rs 500– 700. With individuals using wallets for higher value transactions, this is expected to double in the coming year.

He is also hopeful that the regulations will also over time allow wallets to push up the balance limits from Rs 10,000 to a higher sum. He adds,

We will be adding a ‘Pay by FC’ option for our Snapdeal customers as we see that as the first sweet spot for converting more customers. This is because there would be a drastic drop in e-commerce payments.

But Govind agrees that visibility and UI will play a big role in onboarding the next wave of customers.

“Yes, we will be more aggressive, rolling out a lot of interesting things in the future. And our UI will complement it, considering we have a three-step no-type-and-only-tap experience for our app.”

On the other end, MobiKwik is preparing for a 20x growth. Bipin Preet Singh, Co-founder of MobiKwik says,

There will be a fundamental shift towards adoption of cashless across the spectrum — from poor to the rich. The poor will not want to risk their cash again while the rich know that it’s no longer possible to stash a pile of cash. We expect 20x growth in the next few months on business volumes.

“Online merchants who were relying on CoD will need Paytm’s easy-to-use and ubiquitous solution. For offline merchants and delivery persons, we are the logical substitute for cash, with our zero merchant discount rate solution and easy-to-use QR codes. We are also seeing a massive number of new customer sign-ups and also existing customers increasing their limits through KYC.”

According to Amrish Rau, PayU India’s newly appointed CEO, there will now be a fundamental transformation at every level.

Amrish also believes that digital payments will explode in offline, which includes toll booths with a different check out experience. And we saw this as a part of Paytm partnering with the country’s toll booth authority to facilitate digital transactions.

There will be a fundamental transformation in the remittance world, purchasing world, and payments in the offline world. For the first time ever, physical cash is a second lucrative option for payments. We are expecting almost a 200-percent increase in payment volumes on our platform in the coming 12 months and also expect a 20 percent reduction in digital payment transactions costs, which banks might be pressurised to enforce.

Ideally, the interchange rate charged by banks is anywhere between 1.5 percent to 1.72 percent and the credit card rate is 2 percent.

PayU claims that its payment gateways handle close to 50 percent of all e-commerce transactions and 25 percent overall digital transactions in the market.

However, Govind seems to add another perspective to this discussion. He says,

“Our experience tells us that the interchange rates are not an impediment to the growth of digital transactions. It’s more of the edge of the convenience factor which now digital payments will have over cash.”

This new move has really got businesses thinking. Archit Gupta, CEO of one of the biggest tax filing platforms, ClearTax, saw an upsurge in late-night calls and queries on his platform.

We believe that 83 percent value of the cash in the economy has been reset. So now for every high-value transaction, the government will start asking you for your PAN details with the GST recording this transaction. Further, this decision might force a few people to come back to the mainstream, and tax filings will be highly divergent than this year, with a number of businesses running into a conflict with the tax officials.

Further, Archit believes that taxation will become more streamlined, with individuals having to pay taxes or TDS on items of real estate or luxury cars.

“This might be the largest expansion of tax filing in the world,” he adds.

But he is hopeful that due to this pull, the tax burden will go down, with the inflation and infusion of black money reducing over time. Hence, items like real estate might become cheaper.

However, there might be certain ways through which a business might try to restructure black money by either showing it as agricultural income or resettling balance sheets if they haven’t filed taxes in the past year.

Further, according to Archit, the cost of compliance will also reduce majorly. He adds,

“This decision will bolster the growth of the tax and accountancy industry. There are already multiple requests pouring in for consulting and this would be the flavour of the season.”

Not only is Modi’s move to ban higher currency notes well-calculated but also one that can be a blessing for fintech, accelerating growth exponentially.

Further, the year truly stands out as the year of fintech — not only will payments grow but there will be a drastic inflow of lending companies which will, in turn, lead to a surge in ancillary services like credit rating and scoring companies.

But till then, the only thing we can say is: well played, Modi ji! Well played!

(With inputs from Binjal Shah)