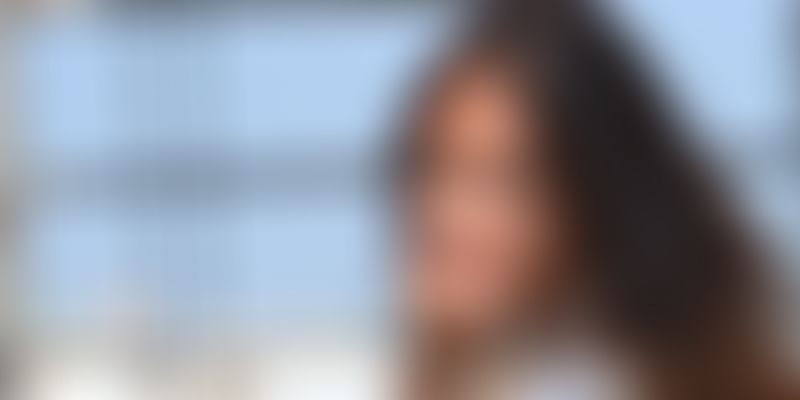 Social psychology describes stereotyping as a tool that helps make sense of the confusing and vast world around us. But very often, we are forced to question the stereotypes and preconceived notions that we carry in our minds. My conversation with college-goer Natasha Kothari certainly prompts me to revisit the thoughts I have been guilty of, like teenagers only care about hanging out with their peer group and obsess over movies, fashion and the number of likes for their selfies on Facebook. Or the idea that someone who is interested in fashion and dressing up is shallow and cannot be concerned about ‘real-world’ problems like poverty.

So, who is Natasha? Yes, she is a ‘typical’ college-going teenager, who loves to dress up and even blogs on fashion. But she is also a social worker who volunteers with an NGO and has been teaching underprivileged children for the past three years. She has also undertaken makeover projects for her students with the laudatory motive of boosting their self-esteem and to give them the confidence to tackle the odds that are stacked against them. Natasha is attempting to bridge the gap between both of her worlds through her blog, Tailor-Made Teacher.

The dark cloud and the silver lining

This young Mumbai girl went through a very difficult phase when she was 15, after the death of her grandmother. Natasha says, “Till then I was a rather careless, self-absorbed person. Suddenly, I went through an all-time low. Since my parents would be away at work, my sister and I used to spend a lot of time with our grandmother. I did have differences with her because of the generation gap but I was also close to her. There was this one time when on my birthday it was just me and her at home and we spent the entire day watching movies together. She died after a brief battle with lung fibrosis and I had a tough time dealing with it. My mother realised that I needed help and convinced me to go in for therapy. The therapy helped me to an extent and my therapist suggested that I should find a constructive way to cope with my negative thoughts and keep myself occupied, which is how I decided to volunteer at an NGO.”

In a society where there is a lot of stigma associated with psychological issues, I am pleasantly surprised with the matter-of-fact way in which Natasha talks about hers. Natasha says, “I don’t believe in hiding things. Initially, I did find it a bit awkward to tell people that I was undergoing therapy but now I am quite open about it. When I told my friends, most of them were supportive. And I believe that the ones who are unsupportive do not matter in the long run.”

This English literature student and aspiring lawyer spends her post-college hours every evening, as well as her weekends teaching English and Maths to underprivileged children through the NGO Spark-A-Change. Most of these children study at government schools, where they do not receive quality coaching for a subject like Maths, and Natasha spends quality time explaining the concepts and clearing their doubts. “All of them dream of moving ahead in life and mastery over English will help them in a very practical way,” explains Natasha.

Natasha understands the sheer impact one’s support system can have on a person. After her grandmother’s death, when she was in a bad mental space, she even took to drinking with a few friends. She now realises how dangerous her underage drinking could have been. As it is, she swung quite close to the precipice and landed up in hospital once. Natasha recalls, “When I saw the sheer fear and helplessness and disappointment in my parents’ eyes when they saw their completely messed-up daughter, I decided that I need to pick up the pieces of my life and work towards regaining my emotional stability.” It is this moral strength and support that she hopes to pass on to her students too.

Project ‘Beauty lies In the Eye of the Beholder’

Natasha has done two photoshoots for her project titled ‘Beauty lies in the eye of the beholder’. In the first one, she gave three of her students complete makeovers. She explains, “We just picked a day, I got them over to my house and had a friend help me do the makeup. I styled them as per their preferences and we took photos near my apartment. It was followed by a yummy ice cream treat!”

Natasha just wanted the children to experience the moments of vanity that other kids enjoy. The result was amazing and the girls were thrilled to see their photos. One of the girls even declared she would become a model after the photoshoot!

In the second shoot, she carried out a makeover on a boy from an underprivileged background and paired him up with a boy from a well-to-do family. “I just wanted to show how if you let go of your stereotypes and pre-conceived notions there really is no difference between the two. Nonetheless, can you guess,” she asks.

Natasha hopes her efforts will help bring about a transformation in the lives of her students. She signs off with her favourite saying, “Imperfection is beauty, madness is genius and it is better to be absolutely ridiculous than be absolutely boring.”