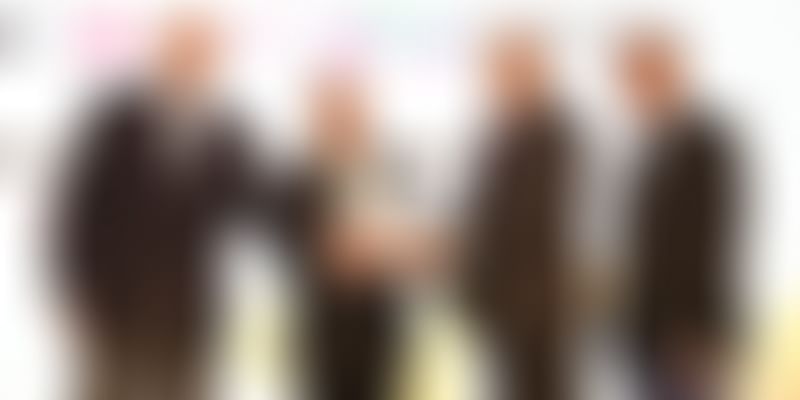 Keeping “Tamil Nadu first” as an underlying theme, TiECON Chennai 2016 departed significantly from its usual awards recognition. Excepting the lifetime achievement award, the rest of the categories were new and had no precedent. “Prime Minister Narendra Modi’s Swacch Bharat and Make in India campaigns were the inspiration for this year’s awards,” said V Chandrasekaran, Chairman of TiECON 2016. The TiECON Chennai 2016 award jury, an independent panel, made its own decisions in choosing the award categories and the awardees.

Sriram V, the culture historian and entrepreneur, hosted the TiECON Award Night 2016, and in tune with the theme of Tamil Nadu, he picked up some of the state’s nuggets of wisdom from ancient times and coursed through history to provide an in depth view of entrepreneurial initiatives in Tamil Nadu across the centuries. Chennai, or Madras, found little mention in these talks, the focus being entirely on the districts.

The public administration of today could have had its roots in the Pallava period in the 8th century as inscriptions in Uthiramerur throw light on the desirable traits of elected representatives and the administrative apparatus (a bicameral system) that was in existence even then. Chola bronzes, an aesthetic art form that was created during the Chola period, speak of exquisite beauty and craftsmanship. The publishing activity in Tamil Nadu was a pioneer to the entire country. In fact, the first non-English title to be printed was The Bible in Tamil back in 1554. The first Tamil printing press was established in Tranquebar in 1712, then a Portuguese colony, with the help of a Protestant missionary from Germany, Bartholomäus Ziegenbalg, in order to print biblical literature.

Sriram also explained the Madras system of education – the moniotorial practice of education – introduced by Andrew Bell, drawing from the native school’s practice of using a senior student to teach the junior students. Bell took this system to Scotland as well. This practice preceded the English Education Act, introduced in India following Thomas Babington Macaulay’s report. T V Sundaram Iyengar was a true blue entrepreneur. Despite several attempts that ended in failure, on his seventh attempt, he introduced a bus service from Madurai to Pudukottai. That business grew and expanded to become the $6 billion TVS auto component conglomerate of today.

The focus then shifted to enterprising women in Tamil Nadu. Iyengar’s second daughter, Dr Soundaram Ramachandran, was a freedom fighter, social activist and follower of Mahatma Gandhi. She helped establish a rural township, Gandhigram in Dindugal district, for women, orphans, the disabled and the destitute. The first ever rural university in India, the Gandhigram Rural University, was established here later, on her initiative. R Sivabogam, another freedom fighter, cleared the difficult Graduate Diploma in Accountancy (GDA) in 1933 to become the first woman chartered accountant in India.

In 1993, Sundram Fasteners won General Motors’ radiator cap business, becoming the first Indian company to achieve this feat. “Suresh Krishna (Sundram Fasteners Chairman) insisted that the TVS logo be inscribed on the product. GM at first refused, saying that none of its products had a third party logo and the parts always carried the GM logo. When Suresh Krishna was ready to even let go of the business, GM relented, and today, the TVS logo is the only logo in the GM product,” said Sriram.

A recent book, Surge, by seasoned business journalist Sushila Ravindranath throws light on the industrial growth in Tamil Nadu over the past four decades. During the course of the Awards, Sriram had a brief interaction with Sushila. “Tamil Nadu was always entrepreneurial,” she said. She also balanced the widespread perception of the state government’s antipathy towards industry. She said that the state government got Ford to come to Chennai, that the TIDEL park is a TIDCO project, and that the first industrial estates were established in Guindy and Ambattur in Madras during the Kamaraj rule, considered the golden period for Tamil Nadu industry. She emphasised that with or without state support, entrepreneurial initiatives will grow in Tamil Nadu. “Digital technologies, such as the Internet of Things, will define the future,” she concluded.

If Coimbatore is today an entrepreneurial city, it is because the city always had enterprising men setting up businesses and going after opportunities. This city, well known for its business drive, was at the forefront when the engineering industry emerged in the state. However, not much is known about its presence on the global stage.Coimbatore-based LMW (Lakshmi Machine Works) is a manufacturer of textile machinery, perhaps the largest in the world. The city is also the pump and foundry capital of India.

Several specialised industrial clusters define the entrepreneurial quotient of the state. The match and cracker industry, along with publishing, defines the Sivakasi cluster, whereas Karur is the cluster of excellence for the export of linen. “In the 1950s, sensing the opportunity, the textile owners of Karur sent five bright students to study in England. They were asked to carry a catalogue of pillow covers, curtains and bed sheets with them and meet with bulk distributors to get business,” said Sriram. Tiruchengode, the perennially water-starved town, is a pioneer in rigs, with bore well rigs supplied from here to the entire country.

Sriram showcased just a sample of the hidden stories of Tamil Nadu’s industrial growth at the event. Many industries have taken on a life of their own, and many also owe a debt of gratitude to the state government for enabling policies. Although criticism of the government could have some valid points and many may still feel that it could do more, it will certainly not be a limiting factor for Tamil Nadu entrepreneurs in future.

The lifetime achievement award was given to Arvind Eye Care Systems in Madurai for their pioneering work in providing eye care with compassion. P Namperumalsamy, Chairman of Arvind Eye Care Systems, received the award. In his acceptance speech, he explained how the intraocular lens was manufactured indigenously at a low cost, making affordable healthcare possible. He also elaborated on the training of nurses to do non-surgical tasks, which helps in achieving greater productivity.

The other awards were:

YES, the entrepreneur development forum of the Tamil Nadu Chamber Foundation, with Madurai as its headquarters, is at the forefront of helping young entrepreneurs hone their business skills. With 1,200 members today, the school is looking to grow to 10,000 members by 2020.

With a clean, green Coimbatore as its vision, Siruthuli (meaning a small drop in Tamil), an NGO, has rejuvenated the water resources of the city with a focus on rainwater harvesting and the desilting and deepening of the lakes. The NGO is also engaged in protecting Noyyal river from encroachments. From being a water-deficient city in 2003, Coimbatore is today a water-surplus city, thanks to Siruthuli’s efforts.

A pure-play water technology company headquartered in Chennai, VA Tech Wabag focuses on water treatment for municipal and industrial users. It is keenly engaged in water desalination projects in Chennai.

Data Patterns is a technology company that has been working with ISRO for over three decades in providing technological support systems for its launches. It specialises in aerospace and defence systems.