India’s “Beauty Queen” who made in India to sell in Switzerland in 1992: Biotique Founder Vinita Jain’s story 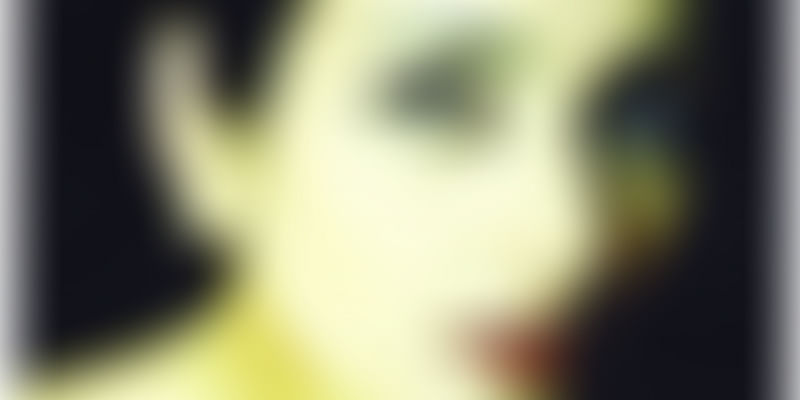 Vinita Jain was born in Kolkata and reared amongst the mountains of Assam and Darjeeling, where her grandfather owned tea plantations and the nearest hospital was at least 500 km away. She was thus used to a simpler life when homegrown medicines made out of therapeutic plants were an infallible cure to anything from health problems to personal care. But these simple alleviations held timeless truths, and the more she learnt, the more she found herself indulging its possibilities.

“It all began at my home, where I mastered the art under the guidance of ayurveda gurus who lived at the estate as I always wanted to preserve the legacy and heritage of my family,” she recalls.

Upon graduating from the University of Delhi in 1990, Vinita Jain's passion and intrigue for the 5,000-year-old discipline of plant medicine had peaked.She was certain she was on to something big if she found a way to adapt it with modern needs. It took her to Switzerland for independent research in biotechnology, where she teamed up with some doctors and dermatologists, studied the ancient scriptures of ayurveda, the Charak Samhita and Bhagbhat Nikanthu.

The final brick in the wall was a marketing course from Stanford University, California, in 1994.After that, she was confident enough of her research to dive head-first into entrepreneurship with no training wheels, in 1992, with an initial investment of Rs 10 crore, and a team of six doctors. Vinita thus erected Bio Veda Action Research, the tangible rendition of her school of thought of wellness induced by ayurveda’s wheatgerm, musk root, nutmeg and hibiscus, combined with cutting-edge biotechnology.

“I was always passionate about this subject, and I had the persistence too. With this combination, I believe, you can create anything you want to. And my passion was to urge people to go natural, and preserve health and beauty over a lifetime,” says the 47-year-old, who, till date, remains one of the testers and most die-hard fans of all their products.

The curious case of Biotique

All babies are born with flawless skin. By applying Biotique from as early as possible, Vinita Jain claims that you can preserve that flawlessness forever. With a factory in Himachal Pradesh and R&D facility in Switzerland, Biotique started an export unit retailing their ayurvedic gems in the Swiss market, where they were instantly embraced and successfully sold at price five to eight times higher than the Indian standards.

After this grand litmus test, the company was finally homeward bound in 1994. In the 24 years of its existence, Biotique has grown to establishing 15,000 points of sale, 4,000 multi-brand outlets and exports to Spain, US, France, the Netherlands, Italy, Malaysia, Nepal, Sri Lanka Belgium, Singapore apart from Switzerland. It clocks a turnoverof Rs 600 crore.

In fact, their international sales account for 65 percent of their business volume.

Did the formula work?

They have grown 35 percent year-on-year and are valued at over $1.5 billion. “Till today, we are privately owned and internally run and funded and we get offers from external investors frequently seeking stake, but we refrain from it. We like our status as internally funded and debt-free, which is a big achievement for an Indian player,” she says.

Being one of the old-timers in a movement that we have come to celebrate only recently, she is of the strong opinion that amongst all the pizzazz, one mustn’t forget that entrepreneurship is a role of great responsibility. “You create employment, generate livelihoods and directly augment the quality of life of your employees. That is the most empowering and humbling idea about entrepreneurship, and one that every entrepreneur should be mindful of,” she says.

Entrepreneurs have the great privilege of being in the position to automatically give back, through education and training, which is very important in a country like India. In line with that, her company employs over 3,000 people, 75 percent of which are women. “I believe women need to give priority to their careers and themselves today,” she states.

The game to stay ahead is really all about quality, in her opinion. And while the company, backed with a science that has stood the test of time for over 5,000 years, is sure of its product, it’s also staying agile in the Rs 1 trillion market by pumping in Rs 450 crores for providing a facelift to their marketing strategies.

“Look at your hurdles as stepping stones. It’s an opportunity in disguise,” she advises Gen Y. “Stick to the basics. Passion and perseverance will take you not just far, but all the way,” she concludes.