The Brown Boy’s story: Creating a brand that stands for fashion, design, and sustainability in every way 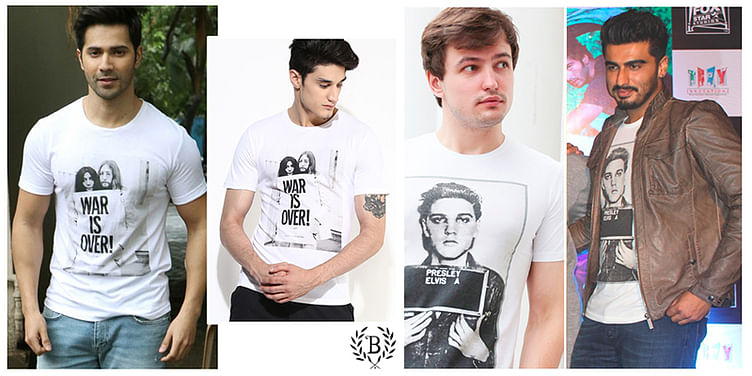 This announcement is sponsored by Tissot

Strutting down New York’s Fifth Avenue, the world’s unrivalled shopping hub, sipping coffee at Central Park, 22-year-old Prateek Kayan was living his dream, albeit for a short while. He says, “A few months into my banking job at J P Morgan, I couldn’t identify with what I was doing. I realised that while my mind rallied behind the perks of a job that a lot of people would only dream about, my heart was inclined towards fashion. And being in New York is inspiration enough for anyone interested in fashion.”

In the heart versus mind battle, the former eventually won. In 2012, he left his job and returned to India to work on his dream. In 20 months he launched Brown Boy, a fashionwear brand. What makes Brown Boy’s product offering interesting to its customers is that it uses 100% certified organic cotton, all its products are hand-crafted and is among the few Fair Trade Certified apparel brands, “What started as an outlet for my passion and entrepreneurial experiment quickly grew into much more than just selling a few shirts,” says Prateek.

His love for fashion, design, and New York were the first inspirations for Brown Boy. The young entrepreneur says, “I love clothes and I have great design aesthetics. So, it was the right thing to do. Talking about how sustainability became a core focus for Brown Boy, Prateek explains, “After seeing the broken and unethical supply chain and insatiable greed some high-street brands reflect – I believed that Brown Boy could be an agent of change.”

Brown Boy was chosen as the winner for the November edition of Tissot’s Signature Innovators Club.

As a first-time entrepreneur, managing what started as a one-person outfit, Prateek had several challenges to address. Many of these are often synonymous with most startup stories. First, coming from a finance background, the switch over to fashion took time. “I wasn’t sceptical about my design capabilities but the technical aspects had to be cracked. I could create and design things that were refreshing, but the nuances that went into a finished product were new for me. All this learning took time.”

He adds, “Like they say, if you want to learn to swim you have to jump into the water and that’s what I did. Made mistakes, questioned and became a learner all over again. Starting a brand is like a course in both fashion and entrepreneurship.”

Apart from working on design, scouring the country for materials, finding the right people and craftsmen and developing the website from scratch were the other additional challenges that Prateek tackled along the way. “The development stage was 20 odd months. It could have been way shorter if I had made a few decisions better and had probably done a little more research.”

Once the products were ready, Prateek found that he was running short of funds, so much so that he could not even afford a photo-shoot. He turned to crowdfunding to raise money on Wishberry – India's largest crowdfunding platform. “People funded our project (115 per cent of our goal) and we hustled an amazing photo-shoot which I’m told would have otherwise costed at least four times of what we paid.”

Apart from building the team, the other big challenge has been marketing, “which we are still dealing with,” says Prateek. “Like every startup we have our ups and downs. But the future holds a positive high for Brown Boy.”

Brown Boy uses 100 per cent organic cotton and non-toxic ink and dyes – thus scoring high on quality, health and causing minimal negative ecological impact. Prateek says, “Today, a lot of us prefer organic food. But, why stop there. The skin is the largest organ, how about treating it with chemical-free goodness.” Brown Boy is also strictly vegan and is PETA approved.

The brand comes under the 100 per cent Fair Trade agreement – from seed to garment. “We genuinely believe that not only should the consumer, but also those who are part of the supply chain too should benefit.”

In addition, they have also adopted a number of social initiatives – this includes subsidised food for their craftsmen and supporting child education in rural India. The startup has also taken steps towards fighting for basic human rights and inclusivity measures. Brown Boy is India’s only and one of the first few in the world to feature a transgender model in their campaign. We actively support Equal Rights and LGBT rights as well. “We would love to do more and are constantly finding new avenues for how we can use our company as a platform to have a positive impact on society. In our product guide section, we try to educate buyers on how they too can help to lower their ecological impact and promote environmental health,” says Prateek.

The founder believes in being proactive towards sustainability and an organic lifestyle.

“We millennials are agents of change and do understand how small but positive steps can bring big impacts. Brown Boy is just a drop in that sea of change, but every drop counts. We have only one planet.”

When love for the product translates into business growth

The focus on sustainability, and the quality of products, has led to a lot of word-of-mouth and organic publicity for Brown Boy. We have spotted quite a few Bollywood celebrities sporting the label during photo shoots and events. “Arjun Kapoor, Sidharth Malhotra, Varun Dhawan, and a generation of young actors have worn our label quite frequently and even helped us out with testimonials. Beyond being actors, they are amazing people who believe in what we do and love our products,” says Prateek.

The testimonials from Bollywood celebrities, their customers all over the globe, mentions on blogs, fashion magazines and industry awards, have propelled Brown Boy’s growth even as the startup is struggling to find an “SEO management company and digital advertising company that can help to allocate and invest the limited marketing budget in the right channels”.

He adds, “The media mentions and awards like the Tissot Signature Innovators Club further help us trim the marketing bush a little; being recognised by such a prestigious brand validates our offering. And, because it is a brand like Tissot – which stands for innovation, precision and class – there is more reason for us to feel proud. More importantly, I really hope this award and feature gets us a lot of attention, sales and, more importantly, contacts.”

Innovating as they grow

“Innovation is at the core of any industry and will help you evolve and find new ways to do things,” says Prateek.

The Brown Boy team, consisting of three people including Prateek and some talented craftsmen and printers, is constantly innovating and growing their business. They have introduced an exclusive collection of 100% organic cotton t-shirts made from up-cycled materials. They are working on a collection with vegan leather. They recently launched their organic kids wear collection. And, they are looking at launching a dedicated women’s collection in March 2017. “Being organic and eco-friendly, there’s so much opportunity to be creative and innovative. And this is not limited to the products but also presentation, company and everything we as a brand put out there,” says Prateek.

To increase their reach, Brown Boy recently went live on Jabong. The entrepreneur confides, “Initially, we were vary of getting into online marketplaces like Jabong or Amazon, because we thought we would not be able to create brand impact or recall. But, that now that we have, Jabong has helped us reach scale, and we realise that our fears were uncalled for. Our product has been our biggest brand ambassador.”

At the moment, India is their largest market but Prateek believes that the US market will soon take over. “The US is an interesting market and one of the core focus areas,” says the founder. This is one of the reasons why Brown Boy opened an office in New York last year. Gradually the team plans to move most of the creative part there. “But manufacturing will always be in India. Brown Boy is one of the proudest members of the Make in India movement.”

The bootstrapped startup, which started off with making 50 pieces of a design, is now are manufacturing over 200 per design. They have more than 100 styles now and aim to take that up to 200 by 2017. Although a finance aficionado, Prateek says, “I do not understand analytics very well. But seeing the graph I know we are growing strong.”

Prateek confides that as a founder he is really looking for the right people to join the team, more than funding, “When you have the people who share your vision and can enable it, you can accelerate your journey. Then, automatically money will come in.”

“The product is amazing, you see,” he adds with a big smile.

“The struggle of switching from finance to fashion has been fulfilling and satisfying. It has given me the motivation to achieve the goals that I have set for the brand. Work is a refuge and I am in a committed long-term relationship with it.”

If you consider yourself one such innovator or know one, fill in the nomination for the Tissot’s Signature Innovators Club