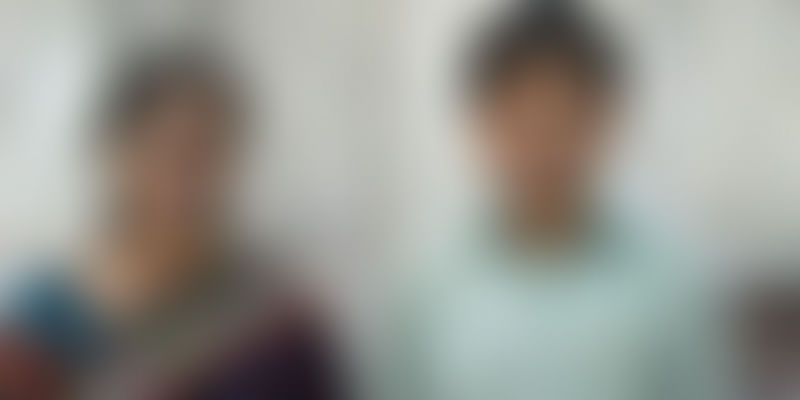 While recruitment websites are flooded with job ads, only a small fraction of selections occur via these job portals. The reason? A large number of job applications fail to cut through the clutter and end up being trashed by employers, online or otherwise.

Experts say that of the total applicants, only a smaller fraction is selected for an interview. 98 percent of job seekers are eliminated at the initial resume screening, and only the top two percent make it to the interview.

When Sonia Singal, a chartered accountant, observed the job market, she realised that a large number of applications get rejected because there is a mismatch between the skills offered and those required. Rarely do people apply for the correct positions.

During an interaction with CA freshers, she realised that only 30 percent of them could find jobs in the competitive ICAI’s campus placement process. Some relied on friends and relatives to channelise resumes, and even the conventional consultants had no specific focus on this space. Sonia decided to offer a job solution to chartered accountants and build a niche in this category. In August 2013, she, along with her husband, Anurag, launched the blog cajobportal.com.

“The blog’s primary motive was to create positivity in the minds of young professionals who had cleared their exams and were yet to land jobs. These were essentially the Tier 2 and Tier 3 CAs, for whom there weren’t enough takers in the market in the midst of a recession and a demand-supply mismatch,” says the 30-year-old. Prior to engaging with cajobportal.com, Sonia had worked with Deloitte, Hyderabad in the consulting practice.

Journey: From blog to commercial portal

Sonia and her husband ran the blog for a year. Meanwhile, Anurag joined IIM-A to pursue an executive post graduate degree. During his time at the premier management institute, he met college faculty members and senior CA professionals who encouraged him to convert the blog into a career site. Naukri.com co-founder and former COO V N Saroja, also an IIM-A alumnus, agreed to be a board member, which really inspired the husband-wife duo to launch the career platform.

In December 2014, they ventured into the B2B recruitment vertical. The platform, Cajobportal.com, acts as a vendor and helps companies recruit interns as well as freshers for the finance function.

The portal’s offering is very specific, and so is the filtering and recruitment process.

Cajobportal.com has different verticals for CA internships, full-time jobs and commerce graduates. Nearly 20,000 users are registered on the platform, able to access the posts and job requirements online.

“We do not charge the applicants on registrations. We refer them to the companies we are tied up with, and if they get selected, we charge a commission from the employer and selected candidates based on the annual remuneration,” says Sonia.

“In the last four months, we have successfully closed several positions for companies including Tata Consulting Services, Hindustan Lever, Airtel and the Tolaram Group in Nigeria,” she adds.

So far, over the past two years, the company has closed over 130 positions.

The company is also seeking to explore the revenue verticals such as recruitment process outsourcing (RPO), job listing charges and database access charges, charging companies for usage of its skills assessment platform and exploiting an Elance-like online marketplace for short term assignments for finance professionals and practicing CA firms.

The platform was launched with an initial investment of around Rs 2 lakh, which was spent on the technology aspect.

In the past two years, the platform claims to have grown substantially, closing 62 positions with aggregate CTC of over Rs 5 crore in 2015, with average CTC ranging from Rs 5 lakh p.a. to Rs 40 lakh p.a. This year, the company claims to touch an aggregate CTC of Rs 10 crore.

Sonia says that she’s currently bootstrapping as there is no cash burn and the model is cash flow accretive in nature. She says that they tapped social media and analytics immensely to their advantage. They also got a lot of good word of mouth publicity from their initial clients.

She adds that she is now looking at affiliate partners abroad for local liaising in key markets like Hong Kong, Singapore, Dubai, Africa and Indonesia.

According to the Institute of Chartered Accountants of India (ICAI), more than one lakh students join the chartered accountancy course every year, a considerable market for cajobportal.com to target.

The recruitment industry is growing exponentially. In FY 2014, the market leaders, Adecco, Manpower and Ranstad, posted revenues of €20 billion, €18.58 billion and €17.24 billion respectively.

“We seek to leverage initial traction to deliver 100 percent CAGR in the next five years. We recently launched mbajobportal.com and graduatejobportal.com as natural extensions into the related finance segments. We are targeting corporates and SMEs, startups, professional service firms and KPOs seeking to recruit CAs and MBAs for finance and strategy functions,” says Sonia.

On competition, she says that though they are a late entrant in the overcrowded recruitment space, they are the first to experiment with segmentation. The platform claims to have the first mover advantage in the specialised finance recruitment space as the market is dominated by generalists.