With no electricity or network, Tamil Nadu's cashless economy continues to struggle 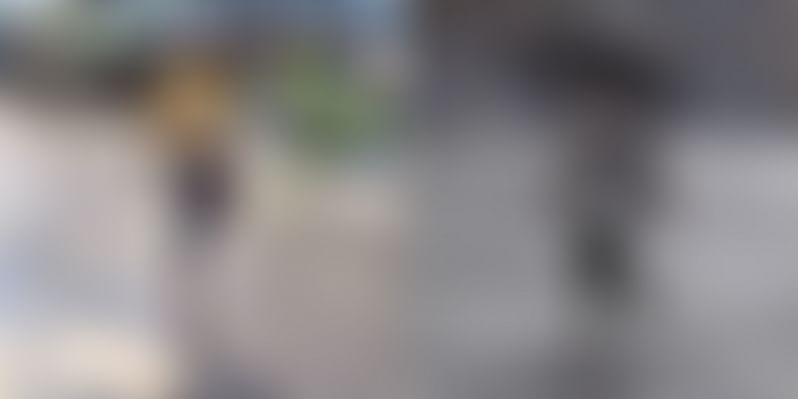 Radha Manalan, a media entrepreneur from Chennai, had gone cashless over the last month. Judiciously using cash only when required, he was coping fine with demonetisation — until Cyclone Vardah struck the shores of Tamil Nadu, that is. Radha says,

"A supermarket near our area asked everyone to pay only in cash. No shops were accepting cards due to network failure, and I had to leave the supermarket empty-handed. But a small kirana store helped me by giving groceries in credit."

On Monday morning, Tamil Nadu woke up to one of the worst hurricanes it has witnessed in the recent past. Cyclone Vardah has claimed 18 lives and wreaked havoc on nearly 400 homes. It has also uprooted thousands of trees and around 600 electric poles across the state.

In Chennai alone, nearly 200 transformers were damaged. Along with the city of Chennai, the Tiruvallur and Kancheepuram districts have been the worst affected. In Chennai, a downpour between 3 pm and 5 pm was enough to bring the city to a standstill, as Cyclone Vardah brought trees down, smashed cars, and clogged the city’s streets and drains.

What made things worse in Chennai and other parts of Tamil Nadu, however, was the period immediately after the cyclone. Although power outage began on Monday itself, Citizens woke up on Tuesday and realised that there was still no power supply.

Nearly 10,000 trees were uprooted in and around Chennai. This had severely disrupted the power lines across the city and damaged many of its ATMs. Internet and phone connections had gone for a toss. In many areas, the blackout continues even today.

We spoke to Priya, a housewife in Chennai who was discharged from hospital last week. She had to take post surgery medicine every two days. On Tuesday, Priya's husband searched all around the city but couldn't buy her prescribed medicine. Priya told us,

"We had no cash in hand and my husband went to different medical shops to buy the post-surgery injection, which cost around Rs 10,000. While we were trying to use our card, the swiping machine kept saying that the pin was wrong, although it was right. We could buy the medicine only late in the night, which was much after the prescribed time."

The devastating hurricane has also further disrupted the supply of currency to banks and ATMs. The damage caused by the hurricane has severely affected the movement of vehicles that bring cash. With fallen trees and snapped cables, many ATMs across the city have gone out of order.

Even in areas where banks had cash, it couldn’t be transported to nearby ATMs as uprooted trees and clogged roads brought the city’s traffic to a complete halt. Amudha Suresh, who works as centre manager for HP, says,

In the event of a natural disaster such as Cyclone Vardah, when people should come together and organise relief, the severe cash crunch on the streets has led to nothing but chaos. Small businesses, having gone out of cash, are finding it difficult to make purchases and meet any relief demands. Medicines and food supplies are running low while managing logistics and labour have become staggeringly more difficult.

Sabarish Subramanian, a Masters student in the US, was travelling from Chicago to Chennai the night Cyclone Vardah reached the shores of India. He was stranded in Abu Dhabi for 20 hours and had to shell dollars worth Rs 3,000 to get hold of a Rs 2,000 note. No cab driver in Chennai, however, would accept the note and he had to roam around from one ATM to another, but in vain. Sabarish tells us,

"I was supporting the demonetisation sitting in the US until I personally experienced the ground situation here."

Before the cyclone hit, Tamil Nadu, like most of the country, was struggling to cope with the cash crunch following the central government's decision to demonetise Rs 500 and Rs 1,000 banknotes. 84 percent of banknotes losing their significance overnight came as a big blow to an economy where over 97 percent transactions took place in cash.

While Cyclone Vardah has played its role in tormenting the southern state, the severe cash crunch has left people here with no respite. While Tamil Nadu is considered among the better-off states in terms of road, internet, and telephone infrastructure as well as public awareness, the effects of the devastating cyclone on the state and its people call for some serious contemplation from the government in its ambition of going cashless.