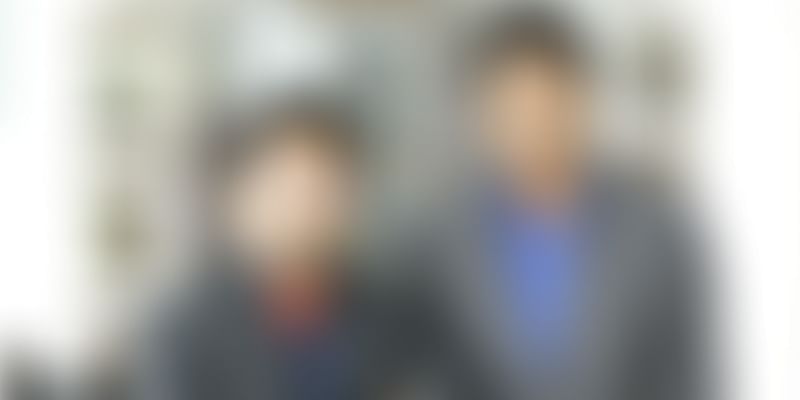 Fans of Justin Bieber are going to be greeted with the introduction of a "popstar" app soon, with special attention being paid to the ‘Talk to Bieber over video’ feature. Now, did you know that this app, which is going to be launched for several celebrities, is being built by a chef and a wine store owner in Bengaluru?

Krishna Vemula was a chef at the Oberoi, and his friend Jayavardhan B N owned a couple of liquor stores. Both of them quit their lucrative careers to set up their own startup called HashTaag, a software services company. But before the Bieber story happened, they were two ordinary individuals.

Fifteen years ago, a 19-year-old Krishna Vemula trained as a chef for three years before realising that he had to see the world beyond the boiler room. He then made a drastic change in direction, going on to sell insurance. His ability to sell led him to join a technology company as a sales associate. The sheer ability to make sales led to him being picked up by software services companies like BMC and Unisys.

After almost 10 years of selling technology, he was picked as Associate Director of Sales by Sequoia-funded startup SourceBits, which was building mobility solutions for large companies. While he was there, he met Jayavardhan, and both of them realised that there was an opportunity to build a new age software services company that focuses entirely on the cloud and mobile-based solutions.

Twenty-seven-year-old Jayavardhan was an engineer whose father ran a lucrative liquor retail business. When he completed his engineering degree in 2010, he quickly realised that his love for coding software, smartphone operating systems and cloud frameworks far outweighed his interest in the liquor business. He went on to join IISc as a research assistant before being picked up by Huawei Technologies as a software engineer. But he found his entrepreneurial calling when Krishna became his wingman to champion the company’s services.

“I still love to cook Chinese food. But sales came naturally to me. I realised this because I always spoke to my guests and they were attentive to what I said,” says Krishna, who laughs in reminiscence of the great experience of being a chef. “In a kitchen, you learn to be disciplined and respect processes,” he adds.

“Imagine me running in a liquor store or a bar. I would bore people with coding and probably stop them from enjoying their drinks,”

After one year of hard, dedicated work, the duo has brought into being a $1.2 million company by building IT solutions for SMBs and celebrities globally.

After quitting SourceBits, the two of them sat in a Starbucks in Koramangala, a locality in Bengaluru, for three months and scouted for business online. Their job was to get projects and work with their network of engineers to execute apps based on the time and material business model. Generating revenues didn’t seem to be a problem, and they closed deals worth Rs 1.2 crore in less than six months. “Money kept pouring in straight away. It was then that an agency reached out to us, online, to build the app that promotes Justin Bieber and other celebrities,” says Jayavardhan.

“We were one of many companies given the task. Strangely, they chose us because our UX and UI design was far superior to the competition,” says Krishna. It took them four months to get the project approved. The money they received through it enabled them to go global and set up offices in the US and Singapore. The app, which is interactive, allows teenagers to use Bieber or any other pop star as a home screen and also interact with other fans.

Winning the project was possible because the duo reached out to a LinkedIn connect who owned an agency that worked with celebrities. “In the startup world, it is all about connections, hard work and executing projects better than others. This is why we have an on-going relationship with this agency that builds apps for celebrities,” say both Jay and Krishna.

Now, HashTaag is setting up services to build machine learning and artificial intelligence-based platforms for companies that cannot afford to work with larger IT companies. The duo invested less than Rs 1 lakh in the business and is scaling up their services with a 50-member team.

The company will work on time-bound projects, where it will charge as per time and material spent, a well-known business model. But with the venture adding data analytics and machine learning services, they can command a higher value on projects. “The IT service is commoditised. But since a lot of small firms are going digital, there is always opportunity for a boutique business,” says Naganand Doraswamy, founder of Idea Spring Capital.

For Krishna and Jayavardhan, the future is bright, as they believe that they can be a new generation services company that focuses on the long tail as well as on building apps for celebrities.