10 healthcare stories from 2016 that made us happy 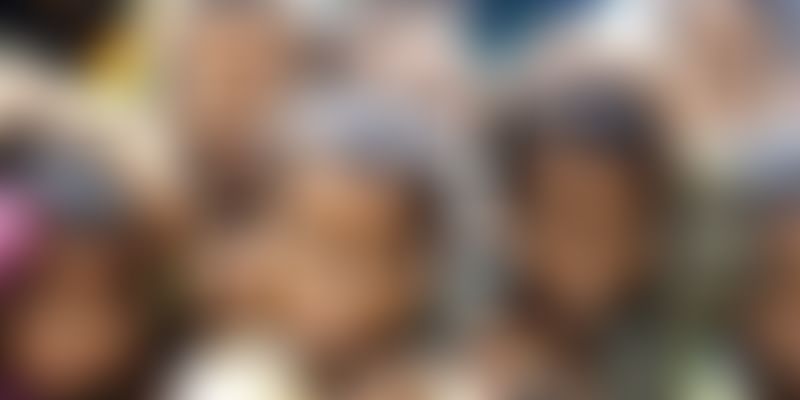 India has a long way to go before it can claim to be health-secure. Our per capita public spending on healthcare remains the fifth lowest in the world, only above Myanmar, Indonesia, Sudan and Nigeria. Only 1.2 percent of our GDP is spent on healthcare, which is about four percent of total government expenditure. Consequently, India has witnessed a steady rise of private players in the health sector, most of which remain unaffordable to a majority of the Indian population.

This creates a vicious cycle. India continues to fare low in healthcare statistics globally. We rank 139th in life expectancy, behind countries like Iraq, Bhutan and Namibia. Despite India’s 50 percent increase in GDP since 1991, more than a third of the world’s malnourished children continue to live in India. 44 percent of our children under the age of five are underweight. 72 percent of infants and 52 percent of married women in our country suffer from anaemia.

With vast strides in technology and innovation, however, things are changing. There is a rise in the number of individuals, organisations, non-profits, social enterprises, activists and startups who are trying to bring about positive social change at the grassroots level. As the year comes to an end, we bring to you stories of some of these change-makers in the healthcare sector. These stories, published over the course of 2016, raised our hopes for a healthier, happier India in the days to come.

CLTS or Community Led Total Sanitation has helped over 70 countries become open defecation-free. CLTS was conceptualised by Dr Kamal Kar in 1999, and evolved into a foundation in 2003. Going beyond the rhetoric of building toilets, which are often never brought into use, CLTS uses an approach of putting people above things or technology. Through its extremely localised approach and focus on empowering grassroots communities, the foundation has helped over 40 million people from across the world live in an open defecation-free environment.

Founded by Jammu-based Dhruv Lakra, Mirakle Couriers is run by 64 employees suffering from hearing disability. Together, the Mumbai-based wonder team handles 2,000 deliveries in a day. These employees earn an average salary of Rs 10,000 per month, along with perks such as PF and medical insurance. Mirakle Couriers is helping integrate people with disabilities into the mainstream and breaking the social stigma surrounding them. In its own special way, the company is helping take inclusion to a whole new level.

54-year-old Shyam Sunder Bedekar is a rural innovator from Vadodara. His innovations include sanitary napkins that cost Rs 2.50 per piece and affordable terracotta incinerators that help rural women dispose of their napkins. Shyam Sundar runs 20 sanitary manufacturing units across Vadodara district, each of which employs eight to ten women. With his simple and ingenious innovations, Shyam Sundar is solving the hygiene issues of rural women in a meaningful way.

Seraniti integrates western psychological insights with eastern wisdom to address issues of mental health and depression. Through online counselling and psychotherapy, Seraniti helps people tackle stress and its detrimental effects. Technology has been a primary driver for the startup, and it has constantly been tweaking its processes and upgrading its technology to ensure greater reach, even among the most tech-challenged people.

Started by Dr Gavin Armstrong, a 29-year-old Canadian entrepreneur, Lucky Iron Fish is a simple health innovation that has the potential for defeating anaemia, a global health problem that affects 2.5 billion people, primarily women of the developing world. Dr Armstrong has come up with a simple cast-iron fish, which can be boiled along with any liquid or broth-based meal. The fish is specifically designed to provide 90 percent of a family’s daily iron requirement and is reusable for up to five years. Today, Gavin’s company sells 100 fish every hour. Over 70,000 fish have already been sold, with another 70,000 in the process of being donated.

Four IITians and a cook-turned-coder are on a mission to solve countless social issues, while at the same time promoting fitness. ImpactRun is a fitness philanthropy app, where a user’s runs or walks are simply converted into funds for non-profit organisations working at the grassroots level. The funds are raised from the CSR budgets of various companies, who are happy to participate as the app helps build goodwill. A user simply has to pick a sector and an NGO he wants to raise money for, and start walking.

Mumbai-based MUrgency is a healthcare mobile app that connects people who need emergency responses with qualified medical, safety, rescue and assistance professionals. The app acts as an aggregator, bringing together varied emergency services – doctors, nurses, paramedics, ambulances and first-aid assistants – all on one platform. On the demand side, users can call for emergency medical response and assistance with just one tap on the mobile app. A notification is sent to all the nearest emergency responders, allowing them to accept the demand and provide timely assistance. Furthermore, the app automatically alerts the patient’s family and/or friends who are registered as emergency contacts. The app has helped address more than three lakh emergencies in Punjab, Delhi and Mumbai.

MOHAN (Multi-Organ Harvesting Aid Network) Foundation is on a mission to build a seamless organ donation system in India. Started in 2002, MOHAN Foundation is today India’s largest organ donation organisation, and is spread across Bengaluru, Vizag, Trivandrum, Vijayawada, Thiruvananthapuram, Nagpur, Chandigarh, Jaipur and New Delhi. The organisation also works towards spreading public awareness, creating a cadre of well-trained healthcare professionals and training doctors and police personnel on the critical role they can play to increase organ donations in India.

LabsAdvisor is an online marketplace for diagnostic labs, and wants to help organise the diagnostics industry in India. The startup claims to play the role of an honest intermediary in the unorganised diagnostic industry in India, sparing the common man from the time-consuming and tedious process of diagnosis, tests, and health check-ups. LabsAdvisor has tie ups with 120 labs in Delhi NCR, and plans to reach 200 shortly. The startup also plans to expand to Mumbai and Bengaluru in the coming days.

24-year-old Raghav Baldwa may have only recently dropped out from his MBA course to start Blood Sure, but he was building a network of blood donors and organising camps in the city of Indore for a long time. Started in October 2015, Blood Sure has organised over 35 camps and collected 4,000 pints of blood from over 75,000 frequent voluntary blood donors till date. With close to 10,000 followers on Facebook and the 5,000 on Twitter, Blood Sure is channelising the power of social media to raise voluntary blood donation across India.