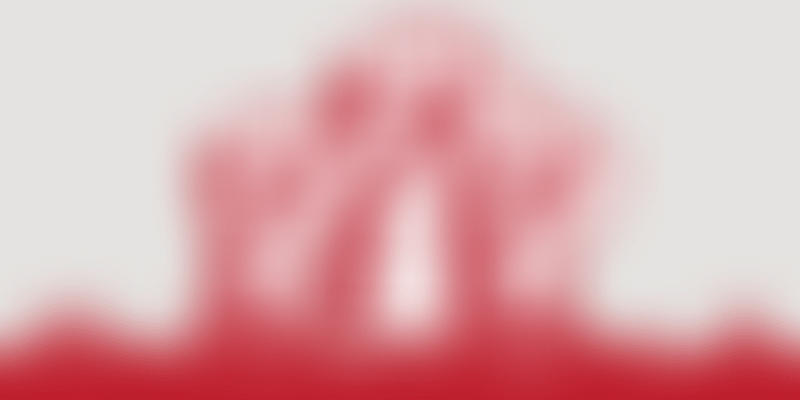 Human rights violations in India have been so rampant that they are slowing merging into the country’s identity. But there’s still hope that takes the form of activism.

The 2012 Delhi gang rape caused uproar and collective uprisings that the country hadn’t witnessed in decades. Activists like Kavita Krishnan became the voice of the people and shaped the discourse of that movement. The most recent activism upholding fundamental rights of the people has come from the LGBT community. With the re-criminalisation of homosexuality in 2013, many activists and lawyers from Indira Jaising’s Lawyer’s Collective, have fought for the rights of the community (on behalf of the NAZ foundation trust). Their actions have successfully led to the reconsideration of Section 377 in 2016.

Such is the power of activism. Today, on International Human Rights Day, we’d like to celebrate the efforts of the six most notable Indian activists that have fought for the basic rights of their people.

Dr Binayak Sen is a physician who, ever since his post-graduation in Paediatrics, has been devoted to providing primary health care to the tribal communities of Chhattisgarh. He was actively drawn to human rights activism post the hunger deaths in a state which ironically held the title of the ‘rice bowl of India’. He started the NGO ‘Rupuntar’ which addressed violence against women along with issues of food security. His most notable work has been to bring to light the violations in human rights during and after Salwa Judum (the anti-Naxalite operation organised by the Government in 2005). His stand against the government’s moves put him under its scrutiny. He faced sedition cases, and was sentenced to life imprisonment (but was later granted bail). Sen’s imprisonment caused national uproar and was pivotal in drawing the public’s eye to human rights violations.

Shanta Sinha is a political science professor at the Hyderabad Central University and an anti-child-labour activist. In 1987, she organised a three-month long program to ease the transition of children rescued from bonded labour into the public school domain. Her efforts have been successful in abolishing child labour in the villages of the Ranga Reddy district of Andhra Pradesh and have enabled over 2,50,000 children to attain their right to elementary education. As recognition of this unparalleled work, the Government of India appointed her as the Chairperson of the National Commission of Protection of Child Rights (NCPCR), which was founded to carry on the work she started. She has been awarded the prestigious Ramon Magsaysay and the Padma Shree award for her contribution in upholding human rights.

The Iron lady of Manipur has fought so adamantly against human rights violations that she has gone on the world’s longest hunger strike – 16 long years which ended only on August of this year. Driven by the Malom Massacre, which occurred in 2000, Sharmila began her protest and fasts and has since then been arrested several times, charged with an attempt to suicide. Her main intention was to repel the Armed Forces (Special Powers) Act (AFSPA), which gave the security forces unquestionable authority to search properties and arrest people without a warrant, and to use deadly force against those suspected to act against the state. Many citizens have stood in solidarity with and staged protests on her behalf. She now intends to contest state elections and continue her crusade to repel AFSPA.

Aruna Roy was a government officer in the Indian Administrative Services before she quit and dedicated herself to the empowerment of the poor. She has led campaigns for the rights of marginalised workers, demanding fair and equal wages. Her most notable contribution, however, has been the establishment of the Right to Information Act in 2005. Her leadership in the Right to Information Movement has been pivotal in ascertaining the transparency and accountability of the Government, thereby providing the oppressed sections of the society a fair chance at survival. She has also campaigned for the Right to Work and the Right to Food, and has been named as one of the 100 most influential people across the world by Time Magazine.

Parvez Imroz is a Kashmiri human rights lawyer who has incessantly worked to unearth the disappearances of non-combats from the custody of the Indian security forces acting under the Armed Forces (Special Powers) Act. He has filed several habeas corpus (literally, ‘produce the bodies’) on behalf of families of the missing Kashmiris and has stood by them, despite threats to his life. Villagers have since then flocked to Central Srinagar to reach out to this resolute lawyer with their stories of abuses. After the Machil encounter in 2010, he played a pivotal role in bringing national and international attention to a network of unmarked mass graves in 55 villages of 3 districts – Bandipora, Baramulla and Kupwara – which forced the State Human Rights Commission (SHRC) into a much needed enquiry. He was awarded the Ludovic-Trarieux International Human Rights Prize but was unable to receive it due to continuing conflicts in the State.

Indira Jaising is a lawyer who has successfully argued many cases against the discrimination of women. Her first prominent and successful case was Mary Roy’s inheritance legalisation, which led to the grating of equal inheritance rights for the Syrian Christian women in Kerala. She has enabled the Christian women of Kerala to attain divorce on grounds of torture and desertion by directly challenging the Indian Divorce Act. She founded Lawyer’s collective, an organisation that provided funding to the unprivileged sections in need of legal help. Her efforts in this direction have significantly influenced the forming of the Domestic Violence Act of 2005. She has also represented many victims of the Bhopal Gas Tragedy, assisting them in acquiring compensation from the Union Carbide Corporation.

These unyielding activists and their work bring home the necessity of activism in our country. Their cases make up the glaring evidence of what we could lose if we don’t stand up for human rights. They have proved that activists are the voice of the people and their weapon against discrimination and injustice.