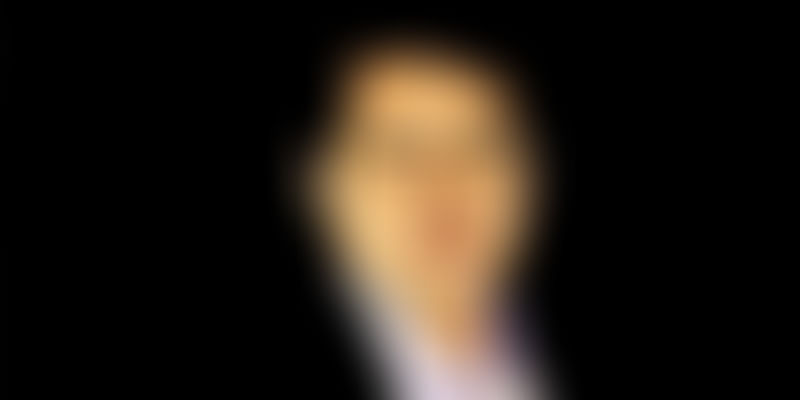 On Alibaba, rebranding, logistics– Snapdeal’s Kunal Bahl opens up on plans for 2017.

“When was the last time rumours came true for any company,” he asks with a smile.

Well, that should put an end to any queries on the reports of online marketplace Snapdeal being acquired by Alibaba.

In an exclusive interview with YourStory, Snapdeal Co-founder and CEO Kunal Bahl opened up about what 2016 meant for Snapdeal, and what is in store for the company in 2017.

Let’s look at the past 12 months – definitely not the best period in Snapdeal’s growth trajectory. With Amazon’s rise in India, Snapdeal’s market share dropped substantially. After Jabong—which it was in final talks with for acquisition—went to the Myntra-Flipkart alliance, Snapdeal seemed to be taking the competition very seriously. In the run-up to Diwali, Snapdeal announced Rs 200 crore for marketing. A rebranded Snapdeal managed to sell 11 million units in a week during the festive season sale – a distant third after Flipkart, which sold 15.5 million, and Amazon’s 15 million units.

The industry was speculating Snapdeal’s shutdown at one point. In fact, the seven-year-old e-commerce unicorn --which Kunal co-founded with Rohit Bansal -- has been in the news throughout the year. Kunal is used to the rumours, media reports and, yes, the tweets.

“If you are a politician, entrepreneur, or a Bollywood actor you have to grow a thick skin… there are repetitive events of insinuating things which never end up happening,”

he says, of the acquisition reports, which surfaced in the media over the last few weeks. “A lot of people reached out to us. We told them there is nothing going on; most journalists did not even write anything about it,” he adds.

E-commerce underwent a major transformation this year - in discounts, delivery, and digital payments. Snapdeal, despite the road bumps, is determined to prove that they are here to stay. But what happens behind the scenes at Snapdeal? Read on to find out.

For the e-commerce industry, 2015 was the year when the big ramp-up happened – a lot of people were hired, infrastructure built, and huge money was spent on user acquisition. According to Kunal, 2016 is the year when e-commerce players had to build discipline as well as business consolidation.

“When you grow fast, you tend to start many projects, bring in many new teams; some of them may not work. In 2016, we took a step back and made some conscious choices around key focus areas of the company,” says Kunal. Snapdeal recently shut down Exclusively.in, an online fashion marketplace, which it had acquired less than two years ago.

Snapdeal’s mantra in 2016 was all about the experience, economics, and growth. “We will never trade off experience and economics for growth. Each product we deliver must be perfect,” Kunal says. Snapdeal is taking this vision to 2017.

Unit economics was the hot topic for startups in 2016. According to Kunal, although there is an obsession around discounts, the real driver of economics in e-commerce is how effectively you manage fulfilment.

In 2016, Snapdeal wanted to build its own last-mile delivery and logistics capabilities across the country. “Although we have third-party delivery companies, sellers still require a lot of facilitation. Unless we have a strong control over our supply chain it is tough to offer that facilitation,” says Kunal.

So, over the last 12 months, Snapdeal worked on optimising its supply chain network across the country. They figured what products had to be restocked with their sellers in different locations, and deliver with their own fleet as well as third-party logistics players in a cost-effective manner, Kunal claims. According to studies by PwC and Red Seer Consulting, Snapdeal is the fastest in delivery among e-commerce players in India.

Will logistics be the game changer?

Although there were talks of Snapdeal buying GoJavas, a four-year-old logistics firm in which Snapdeal was a majority stakeholder, the deal fell apart and GoJavas was bought by Pigeon Express a few months ago. But Kunal says that this had no impact on Snapdeal. “[Snapdeal’s logistics arm] Vulcan Express does a majority of Snapdeal’s deliveries. GoJavas being acquired is just like a third-party logistics player shutting down,” he says.

Kunal adds, “We want an acute amount of control on the quality of our service. We are making a promise to customers; if it’s not met, we should not be pointing fingers at a third party.” In fact, ‘Snapdeal Gold’ was launched to provide free next-day delivery for orders, which are paid for online. Gold’s 100 percent next-day delivery is done by Vulcan Express. Kunal claims that this has reduced costs and speed in picking up as well.

“Earlier, they had to pick up from different areas, which was time consuming and expensive. Now delivery boys can find out the nearest customers who are looking to return an item. This real-time optimisation technology ensures that when costs go down, quality of service doesn’t,” he explains. But customers are not a homogenous entity. Some value price, some others service. Kunal says,

“ 'When in doubt, optimise for service,' is our mantra.”

In 2017, he wants to ensure that there is a wide difference in delivery time between Snapdeal’s and anyone else’s. “We will make sure that it happens with localised solutions like Snapdeal Gold, along with some new initiatives,” he says.

Demonetisation: a blessing in disguise?

Following the announcement of currency ban on November 8, Indian e-commerce—which is still ruled by cash-on-delivery (CoD) unlike the rest of the world—witnessed a sudden drop in business. Consumers wanted to save their Rs 100 notes for daily essentials.

Snapdeal also faced obvious challenges. There were still packages in transit -- many of them for CoD payments. Quick solutions were needed to prevent operational overload.

Kunal recollects that the team barely went home for the next two days. “We were heads down, writing the necessary codes and building the system to offer convenience for the customers who did not have cash. We worked on launching FreeCharge on delivery and wallet on delivery, as well as increasing the acceptance for credit and debit cards at the time of delivery.” Last week, Snapdeal started delivering cash at doorstep too.

Within 48 hours, Snapdeal’s tech team came up with a system to send all the CoD customers, a link to pay online with credit card, debit card, net banking, or by FreeCharge. “If we had not done that, we would have been inundated with returns. From an earlier 60 percent, our CoD fell to 25 percent,” Kunal recounts.

Although CoD helps bring first-time users come on board, it comes with extra logistics charges and effort. “But the net promoter score (NPS) with prepaid customers is at least 30 percent higher than those with cash transactions. Prepaid orders have lesser friction points, although fraud checks have to be stronger,” says Kunal.

There is a silver lining, though. Not a lot of innovation is possible on CoD, but demonetisation presents more opportunities. For digital payments, Snapdeal is ably supported by FreeCharge, which it acquired in April 2015. Although FreeCharge is yet to change the game for Snapdeal, Kunal says that they will grow the value proposition of FreeCharge significantly here on.

For e-commerce, no category gives better margins than fashion. Now that Jabong is not in the picture, is Snapdeal looking out for other options?

Kunal’s reply is elaborate. “I don’t know what there is to acquire. We listed a bunch of companies in the fashion space. Honestly, I don’t know if it makes sense for us to have a standalone fashion platform. We moved away from that strategy and we do not want to head back to it. It’s hard enough to build one brand. Maintaining multiple brands is very painful and expensive.”

But Snapdeal is getting ready to ramp up on branded fashion in 2017. “We are already strong on casual, fast fashion. Home, sports, and fitness have already had stupendous growth,” Kunal notes.

He explains that Snapdeal is not planning on a B2B arm - unlike Flipkart and Amazon, which have WS Retail and Cloudtail respectively. “Inventory model is illegal; we are a marketplace. If you start selling a product that your seller already sells on your platform, it is a breach of trust. We have no sister concern selling on our platform,” Kunal stresses.

E-commerce is a long-term game where you have to make the right trade-offs between experience, economics and growth at all points in time. Faster growth that may affect experience and economics is not a trade-off Snapdeal is willing to make. Their current biggest challenge is to ensure growth without bad economics, while giving great experience.

Kunal says, “Up till 2016, we could either grow or have good economics. In 2017, we have to be smart and creative, and have localised solutions to ensure that there is a balance between growth and economics. Growth does not happen by ads; you have to continuously optimise on better service and selection, and ensure the three lakh sellers are also able to give better prices for consumers.”

This is the time to press the ‘reset’ button in e-commerce. Will Kunal’s team be able to build the triangle of e-commerce, logistics, and payments for further growth? He says, “The moment we know that we have improved on experience and economics, we have earned our right to grow. We are in a good place now; we can press the pedal on growth.”

Will 2017 see the company climbing up the power ladder in e-commerce? Snapdeal surely is looking forward to 2017 – to gain newer glories.