12 stories every startup team must read 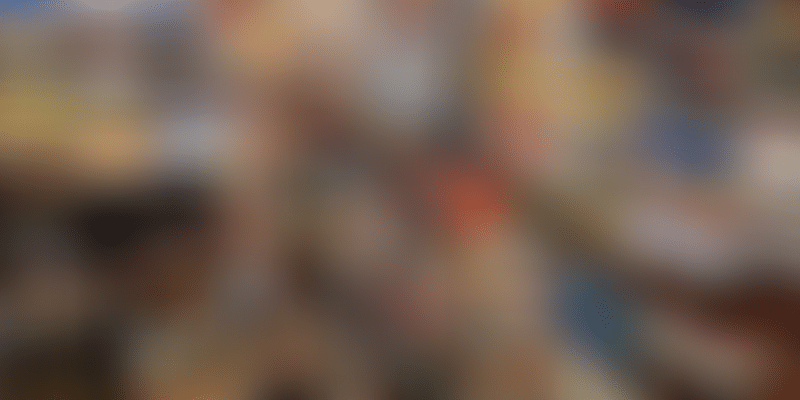 When we started SocialCops, my co-founder & I were 21 and fresh out of university. This was before startups were sexy in Asia! We had no real startup background, had interned in investment banks and large tech giants — had never worked in a startup or seen one grow. Yeah, we read TechCrunch all the time and watched Startup School videos but as Drew Houston once said, the only thing that can ever really prepare you for a startup is possibly working at a startup. So, in a nutshell — we had a lot to learn.

An avid reader/geek, I found my refuge in books — and tried to learn as much as I could from what had been said and written about companies I admire. Startups are just so different from anything that you might have done in the past that knowing what to expect is key to remaining sane.

I found that I learned the most from books that tell real stories — with the successes, the failures — and most importantly the mistakes. Books that are not meant to preach, and just tell a story like it happened.

If you’re building a startup or are on the early team of one — here are my recommended list of stories for everyone to read:

1.The Hard Thing About Hard Things — Building a Business When There Are No Easy Answers (Ben Horowitz)

This is a must read. One of the rare books that touch on the hardest aspects of building a company — through real stories. There isn’t a more holistic read out there. Do not miss! Kindle Link Here.

2. The Paypal Wars — Battles with eBay, the Media, the Mafia, and the Rest of Planet Earth (Eric M. Jackson)

Chaos in a hyper-growth startup? The most interesting thing about this book is the fact that it describes Paypal from the eyes of an early employee and not the founder or an outsider, unlike most other startup stories. You cannot beat the learnings from this. Also, a brilliant read to learn about marketing, growth, product dev, fundraising — and a whole bunch of stuff. After all, the Paypal Mafia didn’t just happen! Link Here.

This is my all time favorite — Google has been one of the few companies globally to continually innovate and grow, something they often attribute to innovative people processes. How Google Works is an especially insightful read into building early teams, interviewing, and building culture! This Slideshare also summarises the book in a pretty neat way. Link Here.

The inside story of Zappos — possibly the one company that has built a unique culture globally, known until 2015 for one of the lowest attrition rates, and interesting culture hacks like paying new employees to quit. An especially interesting read for folks thinking deeply about building a great place to work & scaling culture! Link Here.

5.Behind the Cloud: The Untold Story of How Salesforce.com Went from Idea to Billion-Dollar Company-and Revolutionized an Industry (Marc Benioff)

How did Salesforce build a kickass brand and take on the then incumbent Siebel? How was the term “SAAS” invented? How did they grow their sales team and emerge as a world leader in under 10 years? How did they convince the biggest enterprises and companies to trust a startup? A must read for entrepreneurs — the growth hacks, PR, and marketing strategy are especially phenomenal. Link Here.

6. Marissa Mayer and the Fight to Save Yahoo (Nicholas Carlson)

Contrary to the name, my favorite part of this book is the story of Yahoo before Marissa Mayer. It is crazy isn’t it: Yahoo dominated our lives in the early 2000s — Yahoo Messenger, Yahoo mail, Yahoo Geocities. And suddenly it lost its edge. What happened? What went wrong? This book deconstructs the story. A very riveting read! Link Here.

7.The Facebook Effect: The Inside Story of the Company That Is Connecting the World (David Kirkpatrick)

Everyone thinks Facebook was a runaway success — Mark Zuckerberg founded it when he was 19 and it just became successful cos’ it was at the right place at the right time. There couldn’t be a more untrue statement. The most amazing part of this book is the detailing of the chaos, the mistakes, the firing, the “growing up” of a founder, the fixing of a broken culture— and an inside look into the heads of a team battling uncertainty — were they making the right decisions? Link Here.

8.Elon Musk: Tesla, SpaceX, and the Quest for a Fantastic Future (Ashlee Vance)

Set in a time when Elon Musk isn’t the hero we know him to be today — the most amazing part of this book is the inside look into his sheer willpower, grit, perseverance and the risks he took to build Tesla and SpaceX. Many successful people were a hairline away from ultimate failure before they succeeded. A great read for the times when you need some extra inspiration to keep you going. Link Here.

The beautiful thing about the Netflix story is the beautiful detailing of how their product and offerings changed over time as technology evolved. Today, many companies think they have this one product and build the company around the product without realising that almost all products become obsolete within 10 years. This is a really cool startup story — one that makes you realise how products and offerings evolve, how companies make mistakes — sometimes big mistakes and how the true culture of the company is reflected in how you respond to those mistakes, how to “fight” competitors with seemingly bigger budgets and how to build a core community of users who love you. Link Here.

10. StartupLand: How Three Guys Risked Everything to Turn an Idea into a Global Business (Mikkel Svane)

The cool thing about this book is that it talks about Silicon Valley from the eyes of outsiders. Zendesk was built outside of the Valley, and had many of its early customers in the Valley! It wasn’t VC funding fuelled and grew in a very different fashion compared to the traditional formula for startup growth and success. This is one book that details an interesting and much needed fresh perspective about how successful companies can be built. Link Here.

Hatching Twitter is one of the most interesting and riveting books in the entire list — and probably, also the one with the bloodiest history (as the name suggests). It is an inside look into how relationships can change rapidly when one becomes successful — and a very scary one at that. Personally, it made me realise what I wouldn’t want to give up on for success. Link here.

This compilation of interviews put together by YC Co-founder Jessica Livingston details stories from the founders of Hotmail, 37Signals and a whole bunch of other startups. It was the first book I’d read about startup stories and a great way to introduce yourself to the journeys of many successful companies! Link Here.

If you have recommendations and suggestions about books for my 2017 reading list — drop me a line! And do recommend and share if you liked the list.