Endiya Partners has faith in ‘global’ startups, even as globalisation’s being trumped elsewhere 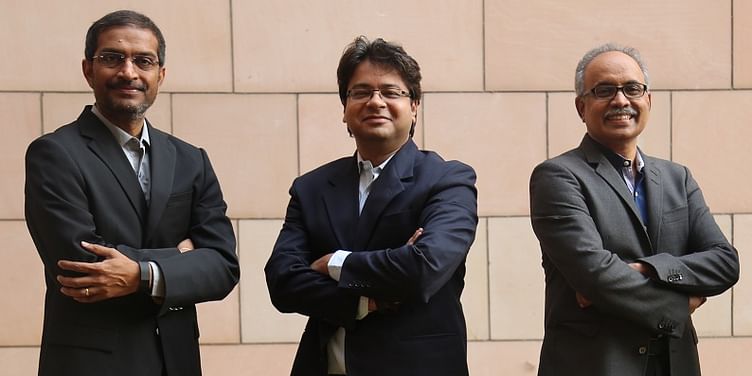 When Endiya Partners announced last week that it had raised an additional Rs 75 crore to bring its fund size to Rs 175 crore, it drew hurrahs from young technology startups across India.

The Hyderabad- and Bengaluru-based early-stage venture capital firm is among around 10 new funds to have launched since 2015. Started by Sateesh Andra, Dr Ramesh Byrapaneni, and Abhishek Srivastava — all part of the Ventureast team — Endiya had raised Rs 100 crore a year ago.

“We are interested in product startups that are globally relevant,” says Sateesh, who is the fund’s managing director. This, Sateesh adds, includes startups that launched in India, tested their product in the Indian market, and then went global; those located in India but catering to a global market; and then companies located elsewhere but targeting India and other emerging markets.

These themes seem to have been developed based on Ventureast success stories. For instance, Mumbai-based digital rights management solutions provider Seclore, in which Ventureast is an investor, has a significant customer base in India and also globally. Little Eye Labs, another successful investment of Ventureast, falls in the second category of targeting a global market right from the start. The startup that offered a software tool to analyse performance of Android apps was acquired by Facebook in 2014. One Breath, in which Ventureast invested in 2014, falls in the last category. Conceptualised in Stanford as a maker of portable battery-operated ventilators, cheaper than regular ventilators, the product was initially meant for the US market but the team realised the potential was higher in emerging markets. Says Sateesh:

For Indian startups going global, the entrepreneur needs to have a good idea of the global market, the customer requirement, the competitive landscape, etc. That is very tricky as many do not know the pulse of the Valley or Europe. For a Valley-based or European non-consumer startup, the moment they focus on emerging markets, the VCs there lose interest. They also need support with understanding Indian and other emerging markets. We understand both these problems well and have expertise in these areas."

Playing to their strengths

“We know there are quite a number of angels, angel networks, accelerators, and even VC funds that do seed investing. But we think there is a good opportunity for a fund like ours. We are domain-focused and are playing to our strengths,” says Sateesh. The fund will invest Rs 2–10 crore across seed, pre-Series A, and Series A.

While the fund is technology-focused, it is targeting a few sub-sectors. Abhishek, who has worked as a consultant at firms like Deloitte and PwC and is a director at Endiya, says:

We are looking at sub- sectors like SaaS, mobile infrastructure, and cyber security actively. We are also selectively looking at fintech and edutech, companies that could be using AI, machine learning, IoT, 3D printing, and robotics as enablers."

A major area of focus is healthcare. “We will not look at hospitals and diagnostic centres but at tech-enabled healthcare like digital healthcare and wearables especially those that can be used in a hospital setting. We are also bullish on the role of stem cells and 3D engineered tissue for drug development. If it can cut down time taken by even six months that saves cost significantly,” says Dr Ramesh, adding that the team continues to be fascinated by medical devices and personalised medicine though the latter is a long shot in the Indian context.

Since Endiya will typically invest at the seed stage, the team will work much more closely with entrepreneurs than typical VCs, getting involved even in product development. Raj Atluru, Managing Director of Silver Lake Kraftwerk, Raja Kumar, Founder and CEO of Ascent Capital, and Veronica John, COO and Senior Managing Director at general partner advisory and fund placement firm Diamond Dragon, are on Endiya’s advisory board.

The fund has already made four investments — women-focused virtual health clinic Celes Care, end-to-end HR platform Darwinbox, mobile development toolkit provider and a YourStory Tech30 company Hansel.io, and online food ordering platform InnerChef. Endiya is also set to close investments in three more firms in the next couple of months. The fund intends to make 8–12 investments in the next 12 months.