How India can up its startup game by bolstering student entrepreneurship 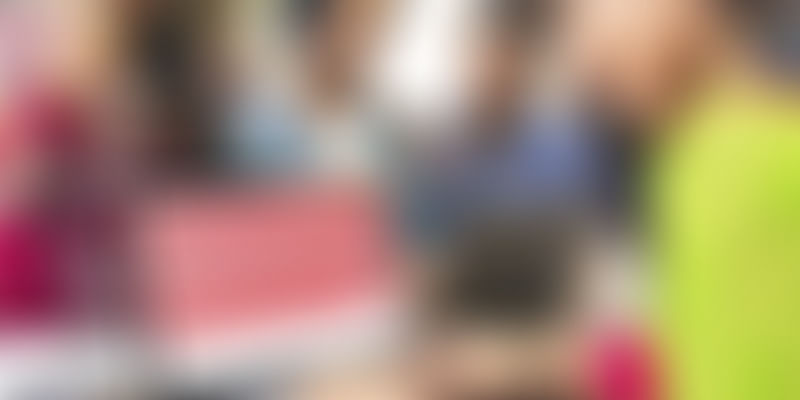 Sometime around 2013, I came across a young entrepreneur from a small city in Gujarat. Let's call him Pankaj. Pursuing bachelors in mechanical engineering from a local engineering college, Pankaj had come up with a very simple yet indigenous solution that solves a daily problem faced by garages across the country. In no time, Pankaj had a patent on the idea, soon after which he was approached by one of the largest auto manufacturers in the country and was offered Rs 16 lakh for the patent.

Coming from a humble background, Pankaj took the offer, without knowing the true value of his idea, because of lack of knowledge and mentorship in his geography about innovation and entrepreneurship. He didn’t even have anyone to tell him that he could just license his patent to the company instead of selling it. It turned out Pankaj's idea had the potential to be a $25-million business with a small ticket seed investment upfront. He also signed an ironclad non-disclosure agreement making his name to his story irrelevant.

In another such instance, just last week, I met a team of 20-something entrepreneurs working on an idea and were being offered a ‘commitment’ of around $100,000 against a ridiculous 80 percent share of their company. The team had successfully proved the idea through a pilot test, making significant financial returns, and still were keen on taking the abominable offer because they needed the money.

Every month, I meet around 50 student entrepreneurs and innovators, most of whom are in dire need of proper mentorship, guidance and, most importantly, access; and while the number of incubators is steadily growing by the day, the amount of support provided at the lowest level of the pyramid is pretty much non-existent, and highly isolated to large urban centres.

The number of startups in the country is rising, and thus are the number of stakeholders involved in the ecosystem. Incubators, accelerators, mentors, investors, all are adding to thriving geographical-centred ecosystems around the country, as India takes its first significant steps to become a knowledge-driven economy.

The challenge is, while India is an ideal place to start up today, we still lack some key ingredients for becoming an extraordinary startup ecosystem.

Talent and skills of college-going youth and graduates, for one, is an ever-growing problem, and while the number of people starting up is increasing by the day, it isn’t still where the policymakers would like them to be. The need and the delivery of mentorship for young as well as for mature startups continue to remain mostly unrecognised, and home-grown funding remains to be hugely fragmented, isolated to a handful of top cities and significantly low in quantum nationwide. Add to that a lack of culture that isn’t as innovative and entrepreneurial as the time demands, and that’s a perfect recipe to stop India’s startup ecosystem to become the world’s best.

To solve these challenges, it is important to work on the base of the ecosystem, the place where the pipeline begins: universities and the other elements of the higher education spectrum.

The correlation between successful entrepreneurship ecosystems and the role of a key university in that ecosystem has been talked about time and again. The relationship between Stanford University and Silicon Valley is always used as an epitome for such a correlation and that makes absolute sense because a) universities have all the means and resources to support a young, budding entrepreneur, such as labs to experiment in, connections to jump up and mentors to rely upon; b) a student in a university has enough understanding of the world to start a business, and she has a significant amount of time to work on such business ideas; and c) the risk-taking ability for a student at this point is pretty low, so to say that if a venture fails, the student can always pick up the pieces and start again.

The trouble today is that most of our graduates settle for underpaying jobs, and after a while, they are fed up of the status quo and want change. A lot of these individuals then start up - and as you probably know, entrepreneurship is one of the toughest, if not the toughest profession, which leads to a more pressurised chamber that these individuals find themselves in, adding to the chaos. Wouldn’t it help if these individuals were exposed to the perks of entrepreneurship and that they tried their very first ideas while they were at university?

Of course, the counter-argument is that not everyone can start up, and neither should everyone.

The aim is five percent of students involving themselves in entrepreneurship and innovation-related activities, and around 20 percent of that pool, which is essentially just one percent of all students, becoming successful job creators. Then we could solve significant job problems, and become a knowledge-driven super economy more quickly than we can imagine.

The Startup India action plan puts emphasis on developing ‘pre-incubation’ support with academic partnerships. Most incubators in the country are set up within educational institutions, and most state startup policies put emphasis on developing incubation facilities within academic environments. What we are yet to do is to institutionalise and formalise the need of encouraging students to undertake entrepreneurship or to build a much-needed culture and pre-incubation support where ideas could thrive as ideas, be nurtured, grow into startups, and join the already thriving startup ecosystem for mature startups. Already, a huge number of incubators and accelerators are having trouble finding incubatees and that can only be fixed through concrete efforts to build the base of the ecosystem.

A few exceptions exist though.

During this time, GTU became a pioneer affiliating-type university to undertake such activities through its Innovation Council. Centralised educational systems such as IITs and IIMs have some level of entrepreneurship support available but less than six percent of our students go to such centralised institutions, and over 93 percent of the students graduate through conventional, affiliating university systems. At Gujarat University, since late 2014, we were able to usher in the country’s first institutional efforts for encouraging and nurturing ideas from non-IT sectors such as sciences, arts, commerce, law and medicine, as well as focus on commercialising academic research through entrepreneurial interventions.

A few States have incorporated some of the necessary mandates in their startup policy platforms. Chattisgarh, early in 2016, introduced the concept of startup toolboxes and innovation kits as a part of their Innovation and Entrepreneurship Development Policy alongside the mandate to develop university-level centres for entrepreneurship and innovation. Telangana established TASK - the Telangana Academy for Skill and Knowledge; and policies of Andhra Pradesh, Odisha, Rajasthan and Jharkhand all mandate certain level of interventions at the level of educational machinery.

Late in 2016, the President of India also launched AICTE's National Student Startup policy, which was developed taking into account fragmented efforts across the country. Being closely associated with the committee that developed the AICTE policy, I saw the policy take its final shape from the time it was floated as an idea. The National Student Startup Policy serves as an ideal framework for technical educational institutes and universities to usher in much-needed interventions to develop a more robust student startup ecosystem.

With the recently launched Student Startup and Innovation Policy of Government of Gujarat, we were able to bake in most of our learnings over the last five years or so at the policy level, and institutionalise a) university-driven pre-incubation support, b) interventions to develop a culture of innovation and entrepreneurship without the fear of failure, c) incentives for all stakeholders at the pre-incubation layer such as students, academicians, administrators, mentors, investors, and other ecosystem stakeholders, and, d) micro-funding mechanisms for funding student-led ideas, as well as fund for pre-incubation support systems through educational machinery.

It now remains to be seen how quickly policymakers around the country are able to address the need of support for student entrepreneurship and how well such policies are executed. It goes without saying that the startup ecosystem of the country, thanks to strong city-centred ecosystems, is growing at a swift pace, and with receptive and responsive governments at the helm, the scenario appears bright for startups in India.