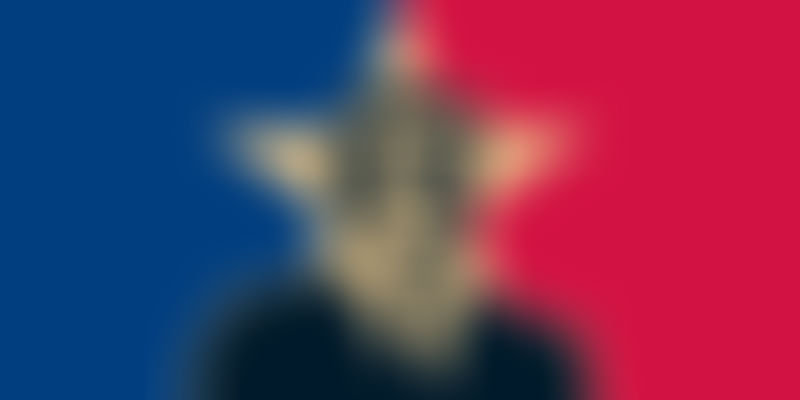 Contrary to what virtually all electoral pundits predicted, Donald Trump surprised many, (probably himself included), to emerge as the President-elect of the United States of America, a victory attributed to the many deeply divisive socioeconomic policy promises he made during his campaign.

While the earth convulses in its revulsion, startup entrepreneurs, industrialists, and corporates in India are secretly excited at the silver lining that might have a huge positive impact on their margins!

Trump has shocked many by suggesting a US corporate tax revolution by slashing it to 15 percent! This is an attempt at reversing the trend where largish companies in the US were contemplating plans to merge with foreign partners and in the process move their corporate homes abroad in order to avoid these high tax rates prevailing in the US. The reason is fairly simple — corporate taxes are lower almost everywhere else than they are in America.

Of course, we understand that the reduction might be gradual, but its possible implications have already caused such euphoria in the equities market. With these measures, Trump hopes to increase the tax base and prevent more American companies from leaving, his goal being a US GDP growth rate of 3–4 percent.

But why would the Indian bigwigs and startup stars be happy about tax rate cuts in the US? Let’s find out…

As the US brings down its tax rates, India will be forced to match up and reduce its corporate tax rate as well.

Tax reductions will be great news for the startup founders, CEOs, and investors who were gearing up for a ‘winter’ as the Indian startup space moves into a consolidation phase of markdowns, cash crunch, and shutdowns. This will be the much-needed respite, with more cash flowing back into their businesses rather than finding its way into the state’s coffers.

For the mainstream economy, this is good news as the majority of the growth in India has come through the services sector, which is based on outsourcing. At present, India has more than 80 percent of the Worlds BPO and KPO sectors along with a large slice of the IT and ITES pie. If Trump’s proposed tax cuts materialise, organisations that have their branches in India will be encouraged to move to the US.

Though the impact may not be immediate, organisations such as Google, Amazon, Intel, First Ring, and Serco, among many others, may soon start thinking of moving their jobs back to America as the cost arbitrage starts looking better. The unemployment rate going up any further would be a sensitive issue for the government as it stands to lose political capital with multiple state elections looming.

The Narendra Modi-led Indian government will have little choice but to respond by cutting the corporate tax rates in India in an effort to make the Indian proposition more enticing.

A 7–10 percent reduction in Indian corporate tax rates over the next five years will give the slumbering economy a boost. This combined with the much-overdue reforms of the personal income tax laws might bring in the ‘acche din’ for both the individual and the industry.

High corporate tax rates discourage investment. One of the main reasons India was flooded with Chinese products in the last decade was that the decision to manufacture or simply import was being driven by tax considerations rather than the project’s economic merits. Given Modi’s ‘make in India’ focus, it would be prudent for him to follow Trump’s lead and give the go-ahead to cuts in both the corporate income and personal income tax rates. After all, India’s taxes are much higher than most other manufacturing-driven economies of the world such as those in East Asia and Eastern Europe. Tax reform is the much-needed call of the hour. Along with rate corrections, India’s tax collection system is absurdly ineffective at collecting money. The tax rate companies actually pay varies wildly, depending on their type of business and the creativity of their lawyers: some pay close to zero, others the full 30 percent or more. There is a lot of work to be done here.

Lower tax rates will help companies generate employment by hiring more employees and producing goods and services that boost the economy. Employee earnings will, in turn, drive up consumption, which will benefit entrepreneurs and businesses.

On the other hand, it’s not that high corporate taxes don’t have their benefits. The economic argument is that they give governments the assets to fund the programmes a nation needs. Corporate taxes provide many nations with a large source of income. High corporate taxes is what allows our prime ministers to look good with their announcement of various schemes and subsidies. In India, where a large part of the population is battling poverty and overcoming the educational divide, state-sponsored schemes may seem necessary. A populist PM or president might be tempted to play to the galleries through various schemes and subsidies. And these subsidies need funding trough taxes!

But India cannot afford to be sluggish and overconfident!

US President-elect Trump’s threats of a ‘destination tax’ equivalent will hurt export-oriented China quite dramatically and will accelerate a push towards reforms in China’s domestic capital markets as they strive to keep the Chinese growth story of the previous decade alive.

Chinese tech companies will benefit from proposed changes that could make it easier for them to raise money at home, rather than opt for the paths chosen by the likes of Alibaba and Tencent and list themselves in the US or Hong Kong. (This is similar to what Flipkart gains by being registered in Singapore). A listing in the domestic equity market will allow firms to tap into the excess liquidity floating in the Chinese economy. The companies know that they will get far better evaluations within China because currently being listed abroad means that at most times, Chinese tech companies are pitching to shareholders who will never use their product!

It remains to be seen as to who reacts faster. India and China’s leaders and policymakers must put aside domestic political considerations and understand that they need to adapt quickly in the new Trump world.

Having led arguably the most controversial campaign in mainstream democracy, it is not surprising to hear the moans and groans against Trump emanating from various corners of the globe. But regardless of what we may feel about the man, quite inadvertently, his policies might trigger just the kind of change that startup CEOs, industrialists, and corporates wanted not just in India, but the world over.