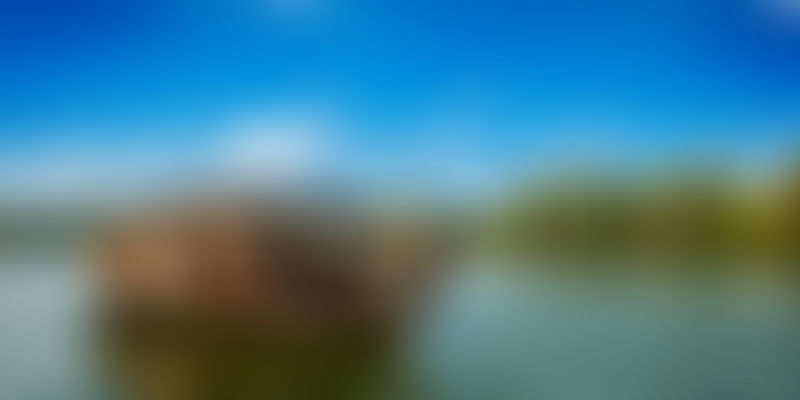 Kerala’s done it again. After becoming the first Indian state to administer the transgender policy and hold the first transgender school, it is now turning its attention towards a sustainable environment, by introducing India’s first carbon-neutral panchayat.

Having launched the ambitious project on World Environment Day last year, the environmental activists involved have decided to begin the operations in Meenangadi, a small town in Kerala’s Wayanad district. A collaborative brainchild of a team of renowned scientists, students, farmers, and people’s representatives, the project is being supported by environment advocacy group Thanal, the MS Swaminathan Research Foundation’s Community Agrobiodiversity Centre, and Kannur University’s zoology department.

The idea came about following the 2015 United Nations Climate Change Conference in Paris, where the state authorities discussed the dangers of excessive climate change and the need to counter it before situations became much worse. They decided to begin with Wayanad because it is one of the four climate-change hotspot districts in Kerala, according to a report which was published by the State Action Plan on the subject.

The report stated that the minimum surface temperature in the Western Ghats region may rise by 2 degrees Celsius to 4.5 degrees Celsius by 2050. This would naturally affect paddy cultivation as well as the production of cash crops like coffee, tea, cardamom, and black pepper. Alarmed by the report and the fact that paddy cultivation in the region was already taking a hit, the Meenangadi panchayat officials came forward with the carbon neutrality project.

The official aim of this project is the “reduction of human-induced carbon emission through people’s lifestyle and sustainable development in this region.” To achieve this, they have been attempting to introduce and endorse several eco-friendly measures and spread awareness regarding the same.

The project enlists several measures, which need to be undertaken by the combined forces of the authorities and the community, to achieve their goal of a carbon-neutral panchayat. Last June, the activists had assessed the rate and quantities of carbon emissions which arosefrom domestic consumption of electricity and fuel from both houses and vehicles. They also measured the carbon content in soil and the emissions from the trees, and thus drew up a plan to plant more trees in the areas which exhibit the highest percentage of emissions in order to offset it.

They have also turned towards solar power sources in terms of energy, so as to reduce the dependency on the exhaustible conventional energy sources. Adding to this, the panchayat has also set up an LED-lamp manufacturing unit so that energy-efficient lights are supplied to all the houses in this town.

70 acres of Meenangadi’s usable land have been reserved for cultivation purposes only, giving a solid boost to vegetable farming in the area. As a result, the region has become self-sufficient in terms of everyday vegetables.

The greatest opposition to the project comes from the farmers of the region. Some of the measures have changed their everyday rituals, a position they are not very appreciative of. For instance, the Gadgil ecology expert panel had advised strict prohibition of human interference in the Western Ghats, which was met by great protests from the farmers who accused the panel of disrupting their livelihood concerns.

TM Thomas Isaac, the State Finance Minister, has pledged to alleviate their fears by announcing an interactive conference with the farmers, where they can direct their questions and doubts towards the experts involved in the project.

“We will organise an interactive conference soon where the experts can answer all the doubts of farmers,” he told Scroll.

At the same time, getting the entire population, especially the merchant-class, to stop using plastic in one go is easier said than done. As is convincing most of the domestic households to reduce their usage of the exhaustible traditional energy sources.

Advantages of the project

If this project is completed within the next five years, the advantages that the state can reap from it are infinite.

For instance, it would promote agro-forestry and set an example for the entire country. Not only will this help reduce the impact of climatechange, it will also serve well for the aesthetic value of the region.

Farmers, too, will make grand profits out of this initiative, since demand for commodities produced in carbon-neutral territories have always been high. Once the project is completed, the farmers of Wayanad can market their products at higher rates, with a tag-line of ‘carbon-neutral’, inviting customers and greater sales.

As mentioned earlier, it will help the region become self-sufficient in vegetables and other crops that are enlisted as ‘necessary goods’. Furthermore, it will provide an opportunity for the locals to sell these same crops, especially coffee in light of its high demand, in the international market.

All in all, the outcome of the project looks promising.

“Wayanad has 33 percent forest cover and no major industries that cause pollution; if there is a district that can become carbon neutral in India, it is Wayanad,” says GiriganGopi, Principal Scientist at the Community Biodiversity Centre.

The project has a target deadline of 2020.