Empowering farmers by connecting them directly with shops, Ninjacart set to replicate work across AP 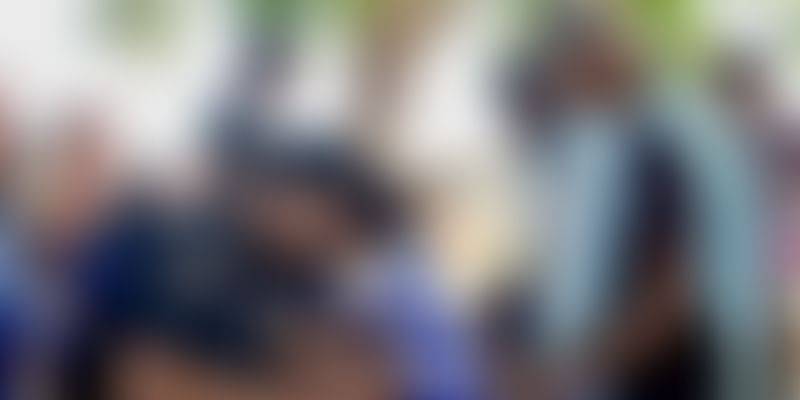 YourStory had earlier written a story on Bengaluru-based Ninjacart, a social startup that connects farmers directly with shops, eliminating the middlemen, commission agents, and auction agents. Ninjacart had recently signed an MoU with the Govt of Andhra Pradesh at the CII Partnership Summit held at Vishakapatnam, and now plans to replicate its model across the state.

Founded in May 2015, Ninjacart has a network of over 3,000 farmers, from whom vegetables and fruits are procured to cater to the needs of 400-odd businesses in Bengaluru. Sharath Loganathan, co-founder of Ninjacart, tells us,

"The best part is that all of the farmer transactions are cashless and they get their payment in their bank accounts within three days of procurement. It is a very welcome move by the Govt of AP, and is a clear indication that the state wants to bring in reforms and development and establish itself as the top state of the country."

Ninjacart has an online platform through which retailers and merchants can source fruits and vegetables directly from the farmers, and has been able to provide an efficient price discovery platform to the farmers. The supply chain is efficient and heavily technologically driven, making Ninjacart India's largest agri-marketing startup with an integrated supply chain solution. Ninjacart today distributes about 60 tonnes of vegetables every day.

The venture enables farmers to sell their produce at a better price than the market, without being exploited by the middleman through only one point of sale. The startup sends its vehicles along with crates to farmer locations to bring goods to their collection centres, free of cost. Shopkeepers and restaurants get fresh and good quality vegetables and fruits at their doorstep at competitive prices, without having to visit the market very early in the morning. "It's a win-win situation," Sharath says.

Andra Pradesh was recently ranked first among Indian states in ease of doing business by the World Bank. The 23rd Confederation of Indian Industry partnership summit was hosted by the state's Chief Minister, Chandrababu Naidu, who welcomed businesses from across the world to invest in the state.