Om Puri dies at 66, here’s remembering his 40-year-long love affair with cinema and us 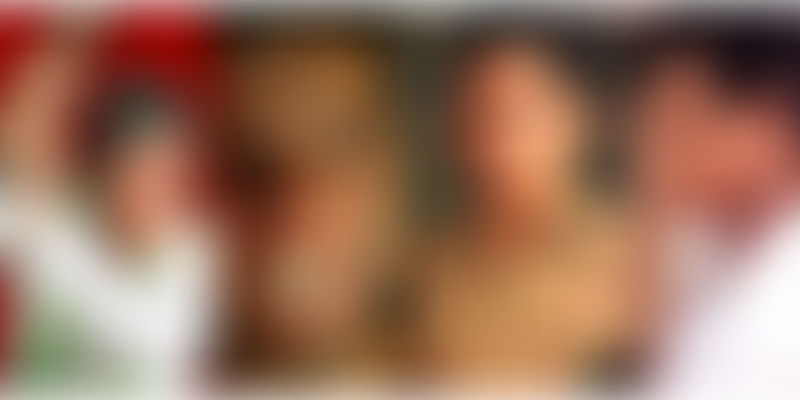 In a terrible turn of events, a massive heart attack claimed the life of one of India’s most celebrated and loved actors, Om Puri, at the age of 66. The actor was at his residence, in Mumbai, when the heart attack struck.

The 1950-born actor made repeated noteworthy contributions to various film industries across the globe for over four decades. He was even presented with a Padma Shri in the year 1990, to honour his stellar efforts.

Born to a Railway officer in Ambala, Haryana, Om Puri studied film and acting at the Film and Television Institute of India, Pune. He later went on to study drama at India’s most coveted institutions, the National School of Drama, in 1973, where he rubbed shoulders with the likes of Naseeruddin Shah, as classmates.

His debut came in 1976, with a role in the Vijay Tendulkar Marathi film Ghashiram Kotwal, based on a play of the same name. He also took on Bollywood and was known as a patron of ‘art’ or ‘parallel’ cinema – a pedestal that was also inhabited by the likes of a former classmate and contemporary Naseeruddin Shah, Smita Patil, and Shabana Azmi.

Of his first claims to fame, a role that would later even go down as arguably one of his career-best performances was in the 1980 film Aakrosh, where he played a tribal who was a victim of many circumstances and hate crimes.

His successful streak continued with films like Gandhi and Disco Dancer until another one of his performances surpassed even his own benchmark and won him the National Award for Best Actor – his deliverance of the righteous cop and lone ranger in Ardh Satya.

Roles in mainstream cinema came knocking too, with films like Jaane Bhi Do Yaaron and Maachis where he delivered memorable performances and thus, successfully arrived as a popular, versatile actor – which went on to become his identifying credentials.

His role in Chachi 420 as the conspiring butler and errands man Banwa, established him as a comedy artist. Over the years, he bagged many roles as the comic relief in films like Malamaal Weekly, Chup Chup Ke, Mere Baap Pehle Aap, and scores of others.

Om Puri was also many American and British producers’ choice for crossover productions, and has worked alongside global favourites like Patrick Swayze, Jack Nicholson, Tom Hanks, Julia Roberts, and Val Kilmer, in films like East Is East – again one of his best performances as the Pakistani Immigrant and his trysts with westernisation through his own children; City of Joy (1992), Wolf(1994), and The Ghost and the Darkness (1996). He played General Zia-ul-Haq War.

His sudden and untimely demise left a lot of loyal patrons and fans shaken up. Also, a host of eminent personalities including Prime Minister Narendra Modi, Anupam Kher, Karan Johar, Madhur Bhandarkar, and Sujit Sarkar expressed their grief and tweeted their condolences.