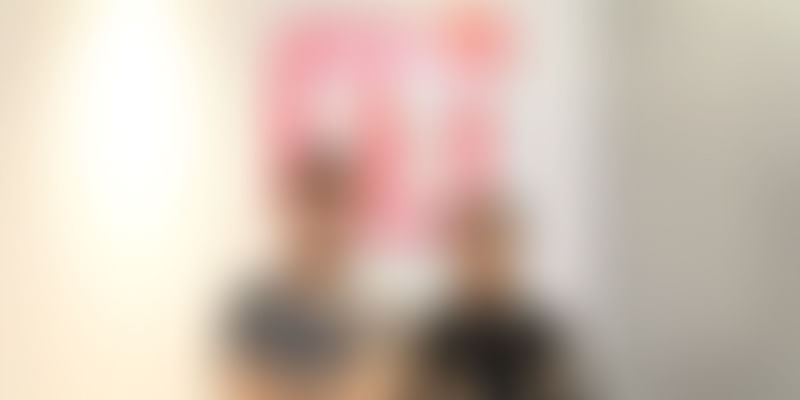 “Where is your ‘Never Settle’ T-shirt?” asked Parakala Prabhakar, the Andhra Pradesh government’s communications advisor to Pete Lau, Co-founder and CEO of OnePlus, who answered with a smile and gestured to his heart.

While the experience store, where users can buy accessories and fan merchandise, has attracted a lot of attention, OnePlus phones will still be available only online, sold through Amazon and OnePlus’ own e-commerce platform. However, the team is open to the idea of OnePlus being an omni-channel venture.

While the poster boys of the Indian startup ecosystem believe that protectionism is the key to helping startups thrive, OnePlus believes it is not restricted to one nationality.

Not of one nationality

“We have people of over 19 nationalities present in our company, so we aren’t exactly restricted to China. Our loyalties lie with our consumers, and in India we have a very strong consumer base,” says Kyle Kiang, Global Marketing Head, at the OnePlus Experience Store on Brigade Road, Bengaluru.

Carl Pei, Co-founder, OnePlus, said that the idea of opening an experience store in India is a good move as Indians as consumers still prefer the touch and feel experience. He says,

“Pete got the idea of an experience store while here at a fan event. For OnePlus, we believe in consumer and user feedback more than what the competition does. Most of our employees were users before joining the company. Users helped and gave us feedback about where to set up our office. For us it is more than a store.”

India the next manufacturing hub

Does the communications advisor to the Andhra Pradesh government inaugurating the store mean OnePlus is all set to open an R&D or manufacturing hub in Andhra Pradesh? The team chose not to comment. At present, there are six exclusive OnePlus service centres in India, of which one is in Vijayawada.

Two years ago, OnePlus had announced its plans for local production at the Foxconn Rising Stars factory within the Sri City Integrated Business City in the state of Andhra Pradesh by the end of 2015. Is there more in store, with the minister coming to Bengaluru for the launch? Only time will confirm that. In the meantime, the team has confirmed that they have some aggressive India plans.

While Pete believes that smartphone manufacturing in India still has some ground to cover, he expects the market to grow in the coming years.

China’s Xiaomi, LeEco, Oppo, and Coolpad are all making a beeline for the Indian market, aggressively pushing their products in the country. Also, many are setting up their R&D and manufacturing hubs in the country.

Launched in India in 2014, OnePlus — as of Q3 2016 — had the second highest market share, sandwiched between Samsung and Apple in the above-$400 category. OnePlus recorded 18.7 percent, Samsung 49.5 percent, Apple 14.7 percent, Moto 9.9 percent, and others at 7.2 percent. The Shenzhen-headquartered OnePlus considers India its third largest market.

In 2014, India is said to have contributed seven percent of OnePlus’ overall sales in just one month of operations. Known for its quirky marketing campaigns, OnePlus raised eyebrows in 2015 when it launched the OnePlus 2 and termed it the ‘2016 Flagship Killer’.

In 2016, the company was able to keep the tempo going with two new smartphones —- OnePlus 3 and OnePlus 3T — along with features like Dash Charge and tie-ups with TVFPlay for their recent series, Humorously Yours.

A recent report from Gartner noted that as mature markets have been saturated, the focus for many smartphone makers has shifted to countries like India and China, where users have leapfrogged over PCs to jump straight to smartphones.

The experience store, interestingly, will be selling accessories, which according to Kyle had not started as a form of business. He says:

I think our attention to detail in terms of product gets translated to our accessories as well, and people have started taking a strong liking to that. It is not a core business but it is a nice reflection of the brand. We have seen a very strong response to our brand and our product in India. We feel that the number of consumers rising up the economic ladder are increasing and they want to get the best technology possible.

Going after the premium smartphone segment in India, OnePlus has to compete with legacy players like Apple and Samsung and other Chinese rivals like Xiaomi and LeEco. In a competitive market like India where customers are value-conscious and technologically-savvy, each of these companies has had to understand the local market and tweak its strategies.

Xiaomi’s long-standing modus operandi has been flash sales at regular intervals, where it looks to clear its inventory in bursts. LeEco partnered with Eros Now to bundle a one-year membership to its content streaming services, while selling its smartphones. Apple tied up with Reliance Jio to offer 12 months’ worth of Jio Digital Services free of charge.

Gartner also forecasted that by 2018, at least one non-traditional phone maker will be among the top five smartphone brands in China. "Chinese internet companies are increasingly investing in mobile device hardware development, platforms, and distribution as they aim to grow their user bases and increase user loyalty and engagement," says Annette Zimmermann, a research director at Gartner.

So while OnePlus may not have the financial firepower of legacy players, it definitely can afford to experiment, and tweak strategies, and be more nimble.