He is blind but his photography will leave you speechless 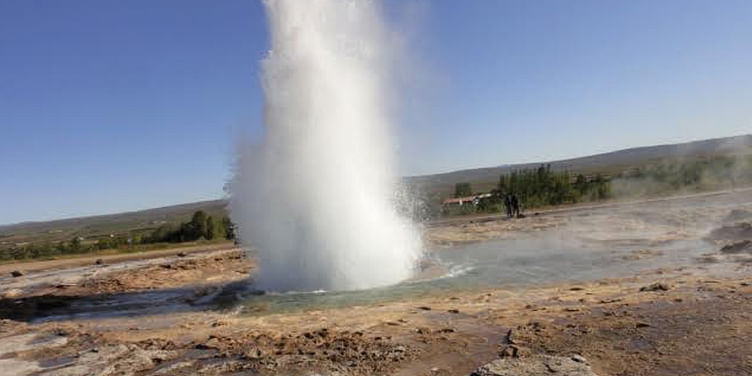 Pranav Lal was born blind. Today, this 37-year-old cybersecurity professional who doubles as a photographer and published author is showing the world that disability is just another word, and definitely not one that describes him.

Despite having caught just four hours of sleep in the past 28 hours, Pranav, who was visiting Bengaluru (from Delhi) recently, agreed to an interview when I met him on the sidelines of the India Inclusion Summit. “I just hope the weather gods co-operate and there is no turbulence so that I can have a peaceful nap on the flight back,” he says. However, he did not let that weigh too much on his mind, displaying deftness when he suddenly decided, in the middle of the interview, to show me how he goes about taking pictures.

While he was studying for his management degree from International Management Institute (IMI) in 2000, he acquired a laptop with a webcam. “I started playing around with the software and began my exploration with vision,” he recalls.

To share his sense of vision with others, Pranav started blogging (his blog is called Techesoterica.com). Around this time, he was introduced to what he calls his “artificial eye,” an augmented reality device called vOICe (OIC stands for ‘oh I see’). The brainchild of Dutch inventor Peter Meijer, vOICe is a vision technology that converts images to sound.

Pranav takes out from his bag what resembles the dark glasses of one of the X-Men and a head gear that looks straight out of a sci-fi movie. “The vOICe is a prosthesis. It gives me a general mapping of the environment I am in by converting images to sound,” he says. The vOICe consists of the dark glasses with a miniature camera and software that translates images into sound, and a bone conduction headphone. The bone conduction headphone does not cover his ears which otherwise would have blocked out the environmental noises around him leading to accidents.

It is not as easy as it sounds. “Interpretation of soundscape is hard. You have to determine what they are telling you,” he says.

But does he actually see the objects? Pranav explains the science behind it, “Now, these impulses are the same as those the brain gets from your organic eye. Neuroscience research shows that the visual cortex of a blind person can respond to sound because of the rewiring of the neural pathways.”

At this point, he gets up and starts walking to show the process he follows while taking pictures. “I put on my glasses and the bone conduction headphones. I either carry my iPhone or a digital camera and based on what I decipher from my artificial eye, I aim and shoot,” he demonstrates.

I found this passage that he wrote in his blog revealing.“My tool of photography is the vOICe which allows me to both frame the subject and to experientially get a feel of how light is falling on a subject and how something will look. For example, I can sense the reflection of light from a stream and capture that. The same applies to trees and other objects. Moreover, I can look around like anyone else and find objects of interest to photograph,” he writes.

Pranav prefers to take pictures of landscapes and architecture but he avoids taking pictures of people. He says rather philosophically,

“I do not much care for the end product. That does not matter. It is the process of creation that is important to me.”

He loves to travel and has journeyed extensively in India, including trekking to the Himalayas, and gone abroad. He says the vOICe gives him the ability to be a satellite. “Once I am wearing it, I have remote sensing capabilities. I do not have to touch and feel things to find my way about.”

Pranav’s passion for technology, even though he did not study science, led him to learn programming, and he found himself working in a cybersecurity firm. He says,

“I was forced to take commerce after class 10. The Indian system of education will not allow you to take science.”

And because he is self-motivated and because he has supportive parents, when Pranav was in class six or seven (he does not remember clearly), he set up his own science lab at home. “I had test tubes, chemicals, Bunsen burner, lots and lots of wires and batteries. I would do basic chemistry and physics experiments,” he says, allowing a chuckle to escape his otherwise stoic appearance.

In fact, if any developers are reading this, he has a challenge for them.

One would think that he would have the vOICe on at all times considering it makes his life so much simpler. But Pranav says there are times when he does not wear it for days. No doubt he is constantly challenging himself. He is considering starting his own venture now. "I do not know what it will be exactly. But I want to make voice hardware more compact and try some augmented reality mainstream setup," he says, clearly displaying a vision that is sharp and focused.