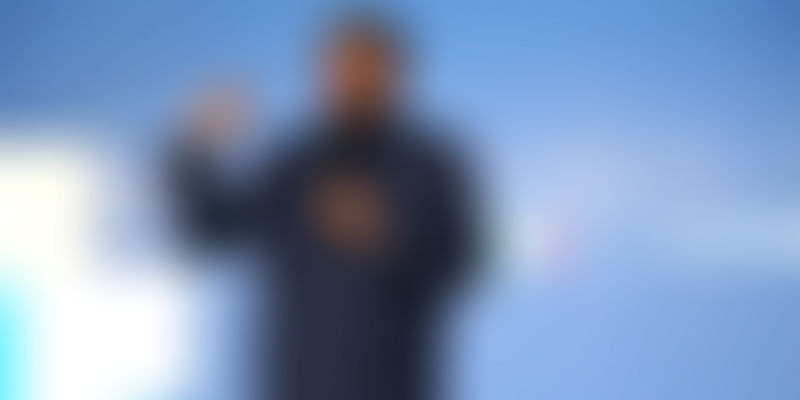 India is on the cusp of a digital revolution. With around 400 million internet users, a number which is estimated to go up to 750 million by 2020, India has already become the second largest user base in the world.

However, amidst this digital growth, the threat of cyber security has also increased. This was a concern Ravi Shankar Prasad, Minister of Communications and Information Technology and Law and Justice, voiced at Google’s Digital Unlocked event in New Delhi today.

Addressing Sundar Pichai, the minister appealed to Google to be more involved in this transformation. He called on the Google CEO to do more with regard to digital security and to help India fight the threat of cyber crimes.

He also spoke about the country’s movement towards the Digital India ideal.

In his speech, he cited the example of Sadamma, a 70-year-old beedi worker from Telangana, who can be seen as the face of this transformation — the septuagenarian, who doesn’t know how to read and write, is digitally literate. She not only operates her phone deftly but also chats with her son on Skype.

The minister said it was a need that led her towards adopting technology. When he interacted with Sadamma, she explained that her son works as a plumber in a different country and visits her every year or two and she naturally wanted to see him more often. When she found out it was possible to chat with him face-to-face, she picked up the basics of Skype. She can now see her son whenever she wishes.

“There are many such stories out there which ratify how India is transforming into Digital India,” Prasad said.

According to the minister, although it was unfortunate that India missed not only the Industrial Revolution of the 19th century but also the entrepreneurial revolution of the ’80s and ’90s, the digital revolution is one the country can’t afford to miss. In fact, India will lead the world in this regard, he said.

Counting the schemes introduced by the present government, Prasad added that Digital India, Skill India, Startup India, and Make in India are the tools with which India will be transformed.

The minister emphasised the way the country is already adopting the digital payment system. In 2014, the total number of online transactions was 10 million. In 2015, the number rose to 15 million. By the end of December 2016, the country witnessed 30.5 million digital transactions per day. He said,

“I see India turning into a trillion-dollar economy in the next three years. And this economy is also going to be a digital hub which will offer plenty of opportunities in the field of cyber security.”