With a vision of a world powered by green energy, students of RV College of Engineering build solar-powered car 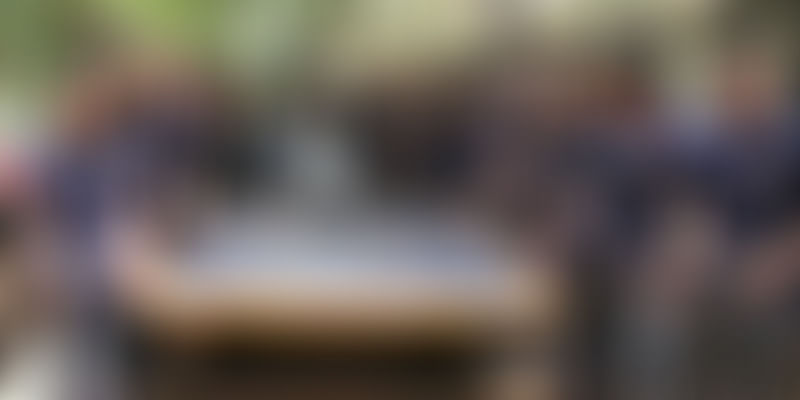 It was a self-study seminar on solar-powered systems that inspired a few like minded students of Bengaluru’s R V College of Engineering to initiate the building of what they hoped would be an advanced solar car. In September 2013, the RVCE Solar Car Team was started with this express goal.

“The main objective of our team is to promote the use of solar energy in transportation sector and drive research and innovation into solar technology. We design, build and race highly efficient solar cars in Solar Challenges held across the globe. We also conduct various events that apprise the cause to school students and local communities. We were the only team from India to take part in the World Solar Challenge 2015,” says Akhil Mukundan, one of the members of the team.

In May 2015, the team began manufacturing its car, Soleblaze, starting with work on the aluminum chassis, carbon fiber body and silicon solar panels, and completed the process in September 2015 with the integration of electrical components and circuitry. The car was even showcased at the campus of IT giant Infosys, and received funding and personal guidance from company Co-founder Narayana Murthy.

What’s there in the solar car?

The solar car comprises features like Ackermann steering geometry, lithium ion batteries, a solar collector, a motor and telemetry. A Battery Management System is also incorporated so that cells aren't operated outside the nominal ranges.

The Solar Collector collects the solar irradiation and converts it into electrical energy through the use of photovoltaic (PV) cells.

The motor converts electrical energy into the rotational energy used to run the car. Telemetry collects data from multiple sensors in the car, processes the required information onboard, and transmits the required data to or the internet.

“Racing car Soleblaze is the first prototype built by the RVCE Solar Car Team. It was built by our founding team from scratch. The vehicle coverts solar energy into electrical energy through the use of the cells, which helps run the motor. The energy can also be stored in a lithium ion battery that is connected to the motor (an in hub Mitsuba brushless DC motor). We have also incorporated a telemetry system that helps transmit data via the cloud,” says Akhil.

He further added that the team is also working on incorporating data analytics into the solar car in the near future.

The team initially started out by pitching the idea to sponsors, without any financial assistance. “A press release with a miniature model helped us reach out to likeminded people and thus provided the initial push. Raising funds of such a large magnitude without a strong foundation and managing other subdivisions such as logistics, fabrication and design was a tedious task,” says Akhil.

The team is mentored by Chetan Maini, founder of Mahindra Reva, and Narayana Murthy. The project’s guides are Dr M S Krupashankara, Dr Mahendra Kumar and the Principal of R V College of Engineering, Dr K N Subramanya. Akhil emphasised that the college helped the team considerably, from the basics of each sub-system to procuring materials.

Cost involved in the car

According to Akhil, the projected cost of the car is Rs 1,07,00,000. They have four different categories of sponsorship - Title Sponsorship costs Rs 30 lakh, Platinum Sponsorhip Rs 10 lakh, Gold Sponsorship Rs 5 lakh, and Silver Sponsorship Rs 2.5 lakh. Akhil says that the advisory board consists of top experts from college who established strong industry-academia support to facilitate the manufacturing and marketing of the car and the project.

This solar car by RVCE Solar Car Team is not the only project that unleashed the power of youth community in India. ISRO (Indian Space Research Prganization) last year has launched a nanosatellite developed by 250 students of PES University in Bengaluru. The name of the satellite is PISAT which can take picture of the earth from space.

When asked about the date of completion of the project, Akhil says that the timeline depends on various constraints, such as the logistics of the components that are usually procured from countries like China, Japan and the US. Moreover, the customs clearance is a very tedious and time consuming process. The price of the car once commercialised depends on various factors, such as the material used, the efficiency of the solar cells and method of encapsulation, to name a few.