On Startup India’s first anniversary, here's a look at some states taking the lead 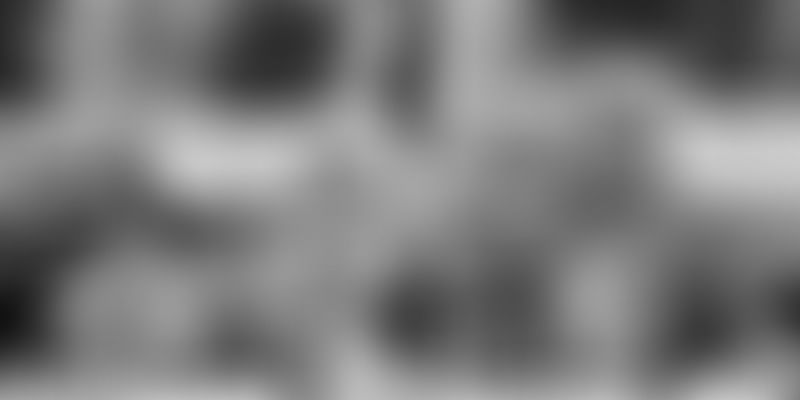 Startup India is on a roll. Young entrepreneurs never had it so good -- while the centre tries to woo them, States are, in fact, serenading them.

Though it has been a slow start, due to the fact that several changes to the law had to be brought in to enable the Central government and its agencies to start funding startups, several States have gained a head start. Karnataka, for instance, is a towering example, due to Bengaluru’s existing startup culture. But, NCR, Telangana, UP, and Kerala too have their own policies in place.

Despite being more bureaucratic in structure, Startup India certainly has more reach and can help States in a way that they can never finance such programmes and can empower those sitting even in remote areas by touching them with the magic wand of technology.

A clarity in the programme’s procedures, functioning and funding pattern is only now emerging. While the programme received around 25,000 enquiries and 1,200 applications, less than 500 had the relevant documentation. Of them, just five received funding as on December 7, 2016. Of the 497 startups recognised by Startup India, most are into healthcare, IT solutions, food processing, agritech, and biotechnology-related fields.

Under the policy, foreign VCs can invest in 10 sectors—including IT, poultry technology, dairy products, and nanotechnology—without RBI approval.

There are several funds that are going to work with Sidbi. We have given sanction to many funds, but they have to raise money from other parties before they can close the fund and start investing. With Sidbi, if fund investors invest money in startups in the early stage, they cannot participate in the next round as the startup grows. Herein lies the problem -- this restriction of not participating in the next round deters most investors from subscribing to Startup India's Fund of Funds programme. Investors do not like such restrictions.

If this key area is looked into, a lot more startups will be eligible for Startup India funding. A report from the states also suggests that most of them can still manage funding on their own.

Karnataka’s IT Minister Priyank Kharge is keen to retain the State’s number one position as an ITeS exporter and Bengaluru’s global position as a startup city.

Four months ago, at the time the State announced Version 2.0 of its startup policy, the Karnataka Startup Cell had received just 40 registrations in two-and-a-half years. After this announcement, the number stands at 2,143 registrations now, notes Kharge.

Eight startups in the tourism sector have already received Rs 1.93 crore in funding from the tourism department after a hackathon competition.

Another round of funding is in the offing as the Department of Agriculture has set aside Rs 10.5 crore for sustainable ideas with social impact that would help the State’s farming community.

The State is also coming up with India’s first multi-sectoral startup fund worth Rs 400 crore and it also expects to raise this to Rs 2,000 crore in the next two years.

The Karnataka Startup Cell is targeting to support 20,000 startups in the next three years. Of these 6,000 are expected to be product startups. Interestingly, the State has eased several restrictions, including those receiving funds not necessarily having to sit at the State-sponsored incubation centres — they can opt to work from anywhere, including from the comfort of their homes.

“We have startups that have applied for funds in every conceivable sector — from health to education, from tourism to agriculture, and we also have earmarked separate funds for women entrepreneurs and those from the underprivileged classes,’’ Kharge says.

At the 19th edition of BangaluruITE.biz 2016 held last November, industry watchers were surprised that it had matured into an all-embracing event this year with gaming, virtual reality, animation, robotics, cyber security, artificial intelligence, big data sciences, and startups being given equal importance.

Karnataka Chief Minister Siddaramaiah launched an ambitious rural Wi-Fi services programme, where people in 11 gram panchayats spread across Karnataka will be able to access the Internet on their smartphones and other devices.

The State also launched Centres of Excellence in aerospace, big data sciences, and cyber security. The focus has also now shifted to Tier II and III cities such as Mysuru, Mangaluru, Belgavi, Hubli-Dharwad, and Kalburgi.

Looking to improve Brand Hyderabad, which had carved a niche for itself before the State was divided into Telangana and Andhra Pradesh, the Telangana government has set up T-Hub, an ambitious project. T-Hub is a technology incubator with collaborative efforts from the Indian School of Business (ISB), International Institute of Information Technology (IIIT-Hyderabad) and NALSAR University of Law, besides various other organisations. The startup incubator has already tied up with 20 venture capitalists.

It will be spread over 3,00,000 sq ft and this phase alone costs Rs 150 crore. The T-Hub is looking at multiple investment and partnership models with the Centre's support as well as PPP models. The Telangana government is also in discussions with MIT (Massachusetts Institute of Technology) Media Labs and University of Texas (Huston) to support T-Hub.

According to Rao, the initial fund size for the project was Rs 10 crore and it will eventually be scaled up to $100 million. T-Hub already supports 120 startups and organisations signed up to occupy seats and cabins, and another 200 are in the pipeline.

Start UP in most populous State

The State of Uttar Pradesh, which has seen IT take rapid strides in Noida, as it is part of the NCR, has come out with an IT policy to benefit the whole State.

Naveen Kumar, Uttar Pradesh IT Secretary, tells YourStory that though these are comparatively smaller startups when compared to Karnataka, NCR, AP-Telangana, Tamil Nadu etc., the State holds great promise. “The use of IT is benefitting the large population of the State as it is making a social impact as well as creating small entrepreneurs, a first for the State’s youth, who don’t have to migrate in search of jobs,” he adds.

Uttar Pradesh has already launched a StartUP event last November. Among other things, it triggered the entrepreneurial instincts of college students and aspiring entrepreneurs. It has tied up with Kochi’s Startup Village (SV.CO), which has started many programmes that other State governments can ride on that UP has taken full advantage of.

Startup Village’s SV.CO Digital Platform Private Limited (SV.CO) claims to be the world's first digital incubator for student startups. It aims to add to its flagship Silicon Valley #StartinCollege programme that aims to build world-class startups in an academic, set up backed by industry mentors and experts. It offers top startup teams from India the opportunity to nurture their business idea, learn from industry experts, build a prototype and launch to early customers in six months. The last week of the programme is to be spent at Silicon Valley for an experience of the world-class startup ecosystem and the chance to interact directly with developer teams at companies such as Facebook, Kumar says.

The Start in UP Event is first-of-its-kind held in Uttar Pradesh along with the UP IT and Start-up Policy 2016, which was launched by Chief Minister Akhilesh Kumar Yadav.

Under these plans, Kumar says a large number of startups and incubation hubs will be started across the State. An MoU was also signed with Hyderabad-based, iBUILD Innovations India Pvt Ltd for creating a vibrant network.

The government has also tied up with IIT-BHU, KNIT-Sultanur, IIM-Lucknow (Noida) campus for establishing incubation centres under the Start-up Policy 2016 with small grants.

The State-based incubator, IT UPVAN, at Shreetron India Limited, is the prime incubation centre in Uttar Pradesh for registration of startups that are selected for “#StartInCollege - Silicon Valley Program.

Tiny Kerala also does not want to be left behind.

After the successful first phase of operations, Startup Village in Kochi is aiming to align itself with the Centre’s ‘Startup India’ programme.

“In Phase I, we succeeded in creating a seed entrepreneurial ecosystem in Kerala. In the next five years, we plan to support 10,000 campus startup teams across the country, completely digitise the incubation process and launch a new business model," explains Chairman of Startup Village Sanjay Vijayakumar.

Startup Village is India's first PPP technology business incubator. It has built a momentum for an entrepreneurial culture in Kerala.

Sanctioned in 2011 by the Department of Science and Technology, Startup Village was set up with the aim of incubating 48 startups over a period of five years but now has gone beyond the initial estimation.

A major feature of the expansion plan is to completely digitise the incubation process - right from application process to admission, allocation of resources, learning, funding, connecting to mentors and experts, integration with university education and final graduation. The incubator has received almost 10,000 applications.