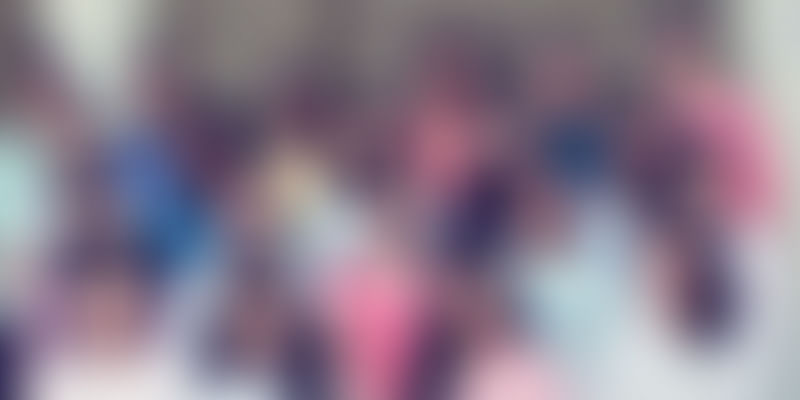 A team of women mechanical engineers is ready to take on the challenge of building a fuel efficient car and break stereotypes.

‘They are poor drivers,’ ‘They don’t know the mechanics of the car,’ and ‘They can’t change a flat’. I can go on and on, for there is no dearth of stereotypes that women face, especially when it comes to machines or automobiles.

Well, Team Panthera is out to not only drive a car but also to build an energy-efficient one. Made up of women students, the team gets its name from the scientific name of our national animal, the Royal Bengal Tiger (Panthera Tigris).

The 20 girls who constitute the team are studying Mechanical Engineering at the Indira Gandhi Delhi Technical University for Women (IGDTUW). They have made it to the second phase of the Shell Eco-marathon, where they will be competing with other teams from across Asia.

The Shell Eco-marathon Asia, scheduled between March 16 and 19 this year, features bright energy ideas and innovations that address the global energy challenge. The aim behind the event is to figure out how to generate more energy, while producing less CO2. Student teams will not only make the car, but also take to the track, and the team that goes furthest on the same amount of fuel will be the winner.

We caught up with a few of the members of Team Panthera to know more about their roles, the challenges they have to overcome, and the stereotypes that they are breaking, not just as drivers but also as engineers.

The team is made up of 20 girl students in their first, second and third years of Mechanical and Automation Engineering. Third-year student and Delhi girl Manupriya Vats is the Team Manager and reserve driver. Shreya Dixit, a second-year student who hails from Lucknow, is the Technical Head and team driver.

Second-year student Panya Rawat, who is also Technical Head, and her senior Divya Dhankhar, the Publicity Head, are both Delhi girls.

The rest of the team is comprised of students from different parts of the country, including some very small towns, which indicates how women are taking up Mechanical Engineering and showing the world that, given the opportunity, they can do anything they set their sights on.

The name Panthera, according to the girls,

is a symbol of the power and strength that the team embraces. The feeling of being a team comes when we think about how much we have to struggle as women in Mechanical Engineering.

One of the first stereotypes that these young women have shattered is that Mechanical Engineering is more of a subject for men to pursue. Nineteen-year-old Kirti says, “People often asked me, ‘Why have you opted for Mechanical Engineering? This is not meant for girls.’ It used to discourage me and bring my morale down. When they learnt that I was part of this team and that we were building a car, they mocked the team and told me that it would be difficult for us to make it to the competition. However, this just made me stronger and determined to prove them wrong.”

Kashika Tripathi, 20, says, “I do agree that very few women take up Mechanical Engineering as their career. The primary reason for this, I believe, is probably that, from our childhood, our society has portrayed things like cars, machines and tools as being solely within the domain of men.”

Women are often discouraged from taking up Mechanical Engineering. I hope to break such gender stereotypes that exist in our society by becoming a successful mechanical engineer, as the subject fascinates me. I won't let such stereotyping stop me.

According to 18-year-old Arushi, the best thing about mechanical engineering is the practical application that she can see, perform, and get involved with. “It is the stream that stretches the limits of performance of any electrical or manual machinery. Mechanical Engineering will make you push your limits, enhancing your inner skills and resulting in your overall development,” she says.

The girls have named their vehicle Iris 2.0, after the Greek goddess. Iris 2.0 is expected to provide a mileage of 300 kmpl and a maximum speed of 55 kmph, and is an upgrade on the design of their last vehicle, which yielded a mileage of 177 kmpl.

“The team's strategy is deriving maximum optimisation from limited available resources, whether technical or financial, to get a highly fuel-efficient vehicle,” says Manu.

With this goal in mind, the girls have replaced the steel body with aluminium, and have also used carbon fiber. Both of these elements make the car lighter. Manu says, “We have tried to reduce the aerodynamics of the outer body to get more efficiency.”

Other than the vehicle, driving skills also will impact the team's performance at the marathon. “In competitions like these, the driver requires special training, since the mileage of our vehicle depends a lot on how the driver drives it. Currently, our driver is practicing on our previous vehicle, and as soon as we get IRIS 2.0 ready, the driver will have 10-15 days of practice sessions,” shares Manu.

The workshop where the team works is inside the college premises. The girls have been devoting all their days and nights to this project and competition. Manu reveals, “We have been missing our classes too, as the competition is coming closer,”

The 21-year-old team manager talks about the challenges the all-girls team faces, of which finding sponsors is the biggest, according to her. “It is very difficult to convince companies that an all-girls team can do the field work and seize something great in Mechanical and Automation Engineering,” she says.

Mona, 20, adds, “The challenge of building this vehicle is certainly huge, for all of us. Additionally, the challenge of getting sponsorship was the biggest hurdle in our journey. The various polite ‘NOs’ had left us disheartened. Overcoming that and keeping ourselves motivated was very difficult, along with keeping the team together. It gives me immense satisfaction that we have made it to this level, and we are motivated to move ahead.”

This is not all that the girls are up against. Time management due to safety issues tends to pose a big problem. The girls often have to skip classes to complete their work since they can’t spend the nights at the workshop.

The most annoying comment, along with an expression of surprise, that we hear is, ‘You girls are building a car!’ It is so disheartening to hear this in a country like India, where girls are proving their mettle and reaching ever greater heights in diverse fields like banking, finance, politics, education, and sports, including, as we all know through a recent film, even in wrestling. However, we still face such issues. Often, we encounter shopkeepers in motor markets asking to send boys from the college to purchase equipment for the vehicle. They warn us that it isn’t safe for girls to wander in a market like that.

The girls give due credit to the faculty and the college for being instrumental in providing opportunities and resources that have helped them get this far. The college professors have advised the team on technical issues and on documentation. “We especially want to mention faculty advisor Dr Manoj Soni and HOD Dr N. R. Chauhan, who have encouraged us to excel in our project.”

Battling stereotypes and crafting a car for the competition has also made the girls strong and independent. Prakriti Saini, 18, wants to become an aerospace engineer, and so opted for Mechanical Engineering. She says, “This project has helped me in improving my knowledge about cars. Being a part of an all-girls team has made me independent and strong.”

Ojaswini Saraf, also 18, says, “The experience has been an eye-opener, to say the least. I knew that making a car was difficult in the technical aspects, but I didn't realise all the other non-tech efforts and all the planning and management that went into it. Working with the team made me realise that I could cope with all the challenges thrown my way and made me appreciate the smaller things in life.”

The girls are strong-willed and determined, and refuse to let anything come in their way.

Manu says, “Our passion and love for building things, innovating and research is a thread that binds us together and the reason we opted for this field. Our determination to prove ourselves as successful mechanical engineers in this male-dominated field keeps us together. And above all, our affection for IRIS 2.0, the vehicle on which we are working, keeps us driven and motivated.”

I feel that a ‘never give up’ attitude has helped the team reach this point. We have had many problems, and continue to face new ones every day. There were days when we were completely hopeless and thought that there was no possible way to move forward. However, the team never gave up, and fought every single day to overcome the problems through hard work. Fighting all the odds is what we have learned from this project.

As the big day approaches, and Team Panthera gears up for the challenge ahead, we hope that IRIS 2.0 and its set of confident, intelligent young women take to the track and make it to the top.