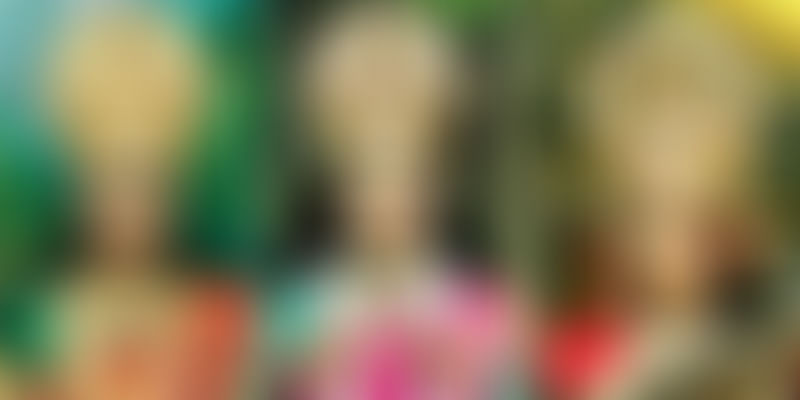 The Bengaluru molestation case raises bigger questions on mob mentality and why it needs to be addressed.

From the goddess of wealth to the goddess of knowledge, from Mother Earth to protector and destroyer - Durga and Kali, there are many forms in which women have been worshipped for centuries in India.

The female form may be worshiped within temples but the reverence ends there. Outside the temple doors women are viewed as a source of temptation (because of a woman's clothing style) or an easy prey--the 'weaker' sex who is not at par with man. Therefore, the stronger and superior gender feels entitled to act towards women in any manner it deems fit.

New Year’s incident – no one was safe

The Silicon Valley of India, namma Bengaluru has been in an uproar ever since the news of molestation of women by the crowd gathered in the popular MG Road area made headlines.

It was a crazy night, with people competing with vehicles on the streets, and the cold night had a general sense of euphoria in the air along with the loud strain of music emanating from the multiple pubs and clubs that dot MG Road.

For people like me who were on M.G. Road in vehicles that night, the signs were clear. This was not going to be a great night for us womenfolk. The revelers on the street we hollering, eyeing and even trying to engage with the women in cars, cabs or two-wheelers. The crowd was rowdy, and a crowd such as that would leave no stone unturned to use the celebrations as an excuse to molest women.

“I don’t think I have ever felt more vulnerable than at that moment amongst a throbbing, loud and ostentatiously vulgar crowd, knocking on my windows with leering glances and exclaiming, 'Happy New Year'. This happened on New Year's Eve when I was travelling from RSI, MG road to St. Marks Church,” says Indhu Rebecca Varghese, a teacher at APS, who has a five-year-old daughter. She says,

Every other guy was trying to make eye contact either with me or my daughter. On a normal day I would have ignored it, because it has become a habit for most women to overlook unwanted glances. But I won’t deny that that night I could feel my heart beat loud in warning. Yet, I donned a calm expression and explained to my five-year-old daughter why she shouldn’t wind the windows down or engage with strangers. I smiled for her and drove through the chaos and fear. Though, I wondered for how long my smile or pretense of bravado will allay her fears. There will come a time when she will have to face the same situation. Will anything have changed by then? I wonder…and the improbability of that change, scares me more than anything else.

Ever since the incident the reactions have been strong- ministers and politicians have been singing the same tune women have been subjected to for years - 'why were the women out and why were they dressed in short clothes,' was their question to an evil that is clearly not partial to clothing, or the lack of it. Fully-clothed women and even women in burqas have been raped and molested too.

Public space is for all

So what if the women were out partying or in short clothes? That does not make them targets of lust, harassment and molestation. We all know that the discussion it not about the clothes or being out at night. It is about public spaces being common and safe to all – irrespective of gender, caste, class.

The incident has triggered a series of reactions, most important of which is the call to women to go out at night and reclaim public spaces.

In the last few days #IWillGoOut has been trending and has found support from women across the world too.

Women and men have all come out in support of reclaiming public spaces and making them safe. As more and more people talk about it, there is still a glaring issue that needs to be addressed –that of the mob mentality.

New Year’s Eve in Bengaluru was a clear example that crowd mentality and not hemlines was the true culprit in the molestation of women. This is not the first time something like this has happened in the world or, for that matter, in India. In 2008, a woman was similarly molested in Mumbai on New Year’s Eve.

This is not all- women are molested, assaulted, groped and touch inappropriately everyday. Be it in public celebrations, crowded marketplaces, public transport or on crowded streets. This is something that every woman has faced at some point in time.

Before we can get to know a lover, we know a molester.Before we know true love, we confront sexual harassment.#CSA #YesAllWomen #NotAllMen

This treatment of women is not confined to India. In 2011, journalist Lara Logan was assaulted at Tahrir Square, Cairo. This collective harassment has come to be known as ‘tarrush’ in Arabic. The tarrush has spread across to Germany too from where cases were reported.

Elaine Replogle, in a sociological analysis of the Lara Logan incident, looks at the different aspects such as reference groups, mob mentality, and bystander intervention, which though clearly inherent in the story itself, have only been cursorily examined in media coverage so far.

Even in the case of the molestation in Bengaluru, the mob mentality was at play. Hordes of men sitting on the pathways and ogling women and passing comments could have been cleared. It was the mob, the unknown perpetrators in a public space, which used anonymity to its advantage.

Elaine Replogle writes, “Unquestionably, some sort of mob mentality is at work whenever multiple perpetrators pursue one victim. All sociologists know that the social psychological explanation is straightforward: it is cognitively easier to act grossly inappropriately if others (particularly if there are many others) are doing the same.”

The paradox between a public space and strangers provides an audience and a stage, which serves as an incentive rather than a usual deterrent for such deviance, explains Elaine.

In a overly populated country like India, where women are always susceptible to harassment, molestation and groping, there is a dire need to address mob mentality. Reclaiming public spaces helps but along with it we need both the men and women to speak up. It has to be a conversation about:

I will wear what I want & I will go out when I want...teach your sons not us #bangaloremolestation #YesAllWomen #bengalurushame #democracy

Analysing the incident, one wonders if perhaps a better policing strategy could have helped avoid the Bengaluru molestation incident. Should the police, who were in large numbers in the area, have adopted a better strategy to deal with the mob? Should the cops have done policing instead of traffic and people management to keep the traffic moving? We can only speculate.

Mob mentality needs to be examined with a magnifying glass. We need to understand how it works in instances such as the one in Bengaluru and what needs to be done to obliterate opportunities for perpetrators to seek cheap thrills without getting caught.

Perhaps the time has now come to stop bruising our goddesses and extend the reverence from the temple doors to the larger circle of life.