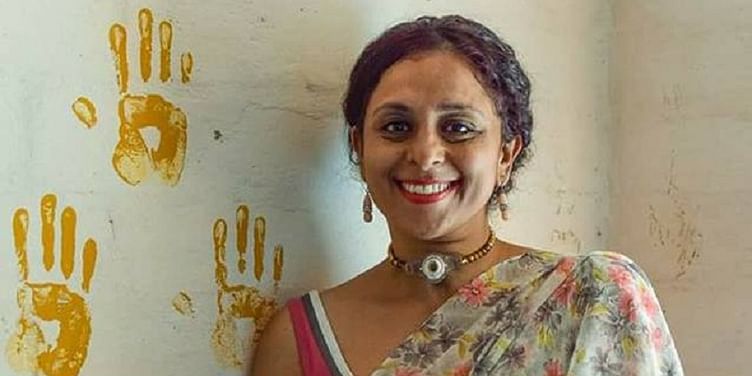 On the seventh anniversary of the incident, Maneesha, the worst affected in the Carlton Towers fire tragedy, recounts her difficult journey to put that dark day behind her

It's been seven years since a fire mishap at Carlton Towers, a multi-storeyed commercial complex near Old Airport road in Bengaluru, claimed nine lives and left several injured. Having survived the tragedy, despite being one of the most affected, 47-year-old Maneesha Ramakrishnan, the 'Queen of Carlton', tell us her heart-wrenching tale of suffering and survival.

For Maneesha, it meant irrevocable damage to her body. The smoke she had inhaled during the accident left her vocal cords permanently constricted, and repeated tracheotomies could only partially restore her voice. Today, it is reduced to a faint murmur. She lost her sense of smell too, and has to breathe through a tube surgically implanted in her larynx. In spite of being the worst affected, Maneesha along with a closely knit team is spreading the importance of fire safety.

In my encounter with Maneesha, at her residence I was welcomed to a view beyond these struggles. On one side of a wall, there were portraits of her two young sons, and on the other was a picture of her flashing her signature endearing smile. With a machine tightly hugging her throat, a voice struggles to be heard through but Maneesha's message of strength and courage nevertheless rings loudly.

Hailing from Kerala, Maneesha grew up in Bengaluru. As destiny had its way, she was married to an alcoholic and abusive husband. She had her first child at the age of 20. While Maneesha was fighting a lone battle, she conceived her second child.

All my friends warned me against having another child, but I followed my heart. When I was three months pregnant, my ex-husband was stabbed 16 times and was in a critical condition. He survived and told me that he fought to live for us. I shifted my attitude completely and nurtured him back to good health while neglecting my own. My second son was born with many medical complications. The paediatric neurologist said that they could not guarantee a recovery, but instructed me to make sure I gave him plenty of love. I did and still continue to do so, she says.

After the marriage ran its course, Maneesha continued to face her battles alone, when one day a columnist, 20 years older to her, burst into her life. They soon tied the knot, but this marriage too didn’t last long.

As a single mother again, Maneesha tackled the daily challenges of parenting alone. Most of the time, the kids spent their time all by themselves or with Maneesha's friends while she was playing the role of being the sole breadwinner. Amid all this chaos, finding a suitable job was difficult and she ended up changing jobs frequently until she finally settled down in a marketing agency located on the seventh floor of Carlton Towers.

The fire that changed everything

The fire happened on February 23, 2010. The building was shrouded in a thick blanket of smoke. Nine people died due to fatal injuries after jumping from the top floors or due to severe burns and asphyxiation.

The fire began from a lift service cable on the second floor and spread through the duct, with smoke engulfing the remaining floors. More than the fire it was the smoke that caused panic, recalls Maneesha.

Carried on a stretcher to an ambulance, Maneesha thought the worst was over, but little did she know she was in for a long, painful period in the hospital.

This incident was followed by a year’s hospitalisation. I was in an isolated ICU for over 72 days on ventilator support and my hospital bed was surrounded by machines. I eventually weighed only 25kg. My body and its functionality was devastatingly shaken, therefore becoming a host to infections and impacting my emotional state hugely, leaving me helpless and shattered, Maneesha says, of those long, seemingly hopeless days.

Years have passed, but the fire remains as a standing testament to remind us how bad infrastructural planning—something that is rampant to this day—in our cities can cause loss of life and property.

Seven years since the tragedy, Carlton Towers is playing catch up with all the business activity in the city but stands as a warning for the danger caused by unbridled and unchecked urban expansion.

A lesser person may have slipped into a cocoon of self-pity. But Maneesha emerged stronger than ever. "I raise my voice, not so I can shout, but so that those without a voice can be heard. We cannot succeed when half of us are held back,” says Maneesha. Her relentless fight for survival resonates with the city’s vibe of resilience and she became the face of Beyond Carlton, a movement started by survivors and grieving relatives in the wake of the tragedy. The Beyond Carlton project has today grown into a melting pot of ideas aiming to change the way people prepare themselves to avoid such incidents.

This tragedy got wide coverage for a long time. Being the worst affected brought me into the limelight in the beginning, and soon feeling my exuberance some beautiful souls stopped my way and acknowledged my survival. I was actively involved with our family of Beyond Carlton in spreading fire safety awareness, she explains.

One of key actions taken by Beyond Carlton was a public interest litigation filed seeking inspection by the Director General of Fire and Emergency Services, or any other authorised person, to ensure that high-rises in the city complied with fire safety protocol—spelled under Section 13 of Karnataka Fire Force Act, 1964—on a regular basis.

Even after a life-altering incident such as this, Maneesha looks at the positive side of things. Today, she lives with her two sons in Bengaluru and is pursuing a successful career in baking.

The same kind of harmonious interplay can take place in our outer world too. By being vigilant about our thoughts, words, actions, and feelings, as we work in cooperation with the energy of our universe, we keep generating good experience. It's really that simple. We know what happens otherwise, so let's take a vow to give ourselves permission to wallow in self-pity, fear, sadness, anger, selfishness, and helplessness; all feelings are okay. But by the end of the day, let us learn earnestly to come back to our core within, she says.