Our First Million is inspiring people with stories of successful people from their vicinity. 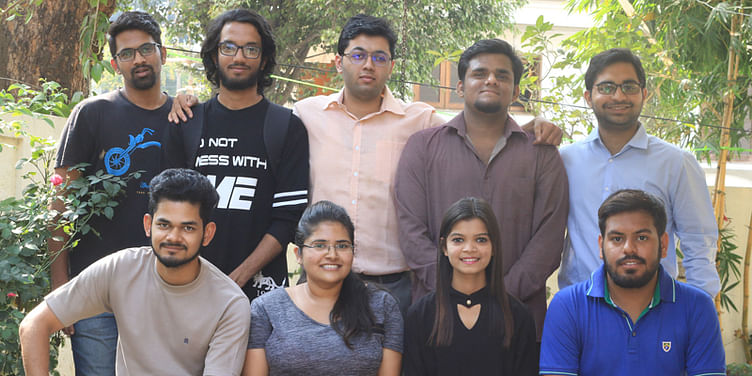 Shreyas Rajeev Bhave shares his vision behind the building of Our First Million with YourStory.

Shreyas says, "Being part of an NIT, I was exposed to many E-Cell conferences. I became a member of TIE, and attended many startup conclaves and B-plan competitions throughout my formative years. Across all these experiences, I observed a repeated lacuna. The speakers and role models who used to be guests at these conferences would always repeat the same gibberish over and over again. Be passionate, look for opportunities, believe in hard work and stuff like that. Many a times, after these speeches, I could hear groups of people whisper to each other, ‘We wish he/she had told his/her story instead of all this.’"

After observing this phenomenon over and over again, he realised that people are genuinely interested in stories of how rich people made their money, rather than what advice rich people have regarding making money. Shreyas decided to exploit this gap between what the audience wanted and what entrepreneurship conferences were providing them with by starting Our First Million in October 2016.

So, what does Our First Million actually do?

As the name suggests, the company produces videos of millionaires talking about how they made their first million dollars. These videos are launched along with a 1,500 to 2,000-word article about the same. This content is devoured by their subscribers and website visitors, enriching their lives. They have also built a network of HNIs that they interview. They connect these HNIs with budding entrepreneurs in their own fields who need mentorship or advice, or in some cases, even investment.

The team behind Our First Million

Salil Rana brings his expertise in the human resource management field to the fore at Our First Million. He has a deep intuition about what skills an individual possesses and which work should be allotted to whom to get the best possible results.

Ashutosh Mundhada, a graduate of BITS Pilani, joined the company a little after Salil and Shreyas. Ashutosh is a great conversationalist, and manages to bring out the most private stories of their interviewees very naturally during the interviews.

22-year-old Shreyas just completed his graduation in Electrical Engineering from VNIT Nagpur. His experience as a published commercial-fiction author has helped him in the marketing part of Our First Million’s endeavour.

They are supported by an entire team of volunteers, managing functions from total video production to social media.

Shreyas says, "When people of my age think of role models, their minds quickly pull up giants like Steve Jobs and Elon Musk. I feel that a role model should be a person that was born in a society and conditions similar to yours, rather than in a country possibly half the world away. With Our First Million, I like to think that we are providing youngsters with not only the role models that they deserve, but the ones that they need, laying emphasis on our tagline of Real People, Real Stories, Real Money.”

Story behind the name

Their revenue is intangible as of now. The team hopes to pull in revenues when they start hosting events under their brand name in 2017. Apart from that, they will be selling a few e-books and merchandises like t-shirts, mugs and mobile covers. They will be coming out with their first Our First Million Conference in Nagpur this summer. It will run along the lines of TEDx, but shall be exclusively focused on 'the art of making money'.

In about seven years, the median individual in India will be 29 years old. This is that perfect age when people start thinking about escaping the daily 9-5 grind and starting up on their own. It is this demographic from Tier 2 cities that they aim to tap. This is the same demographic that Google Trends says is obsessed with all things money. This market is huge, with numbers in the millions according to the 2011 census.

At present the value for them is the no. of returning visitors who come to their website regularly. At present, they have about 80 percent such subscribers who are obsessed with the word 'millionaire'. They plan to provide them with premium items like e-books, audiobooks and podcasts to help them achieve their goals.