The two yeses and no’s of public speaking – from the Toastmasters World Champion, Darren Tay 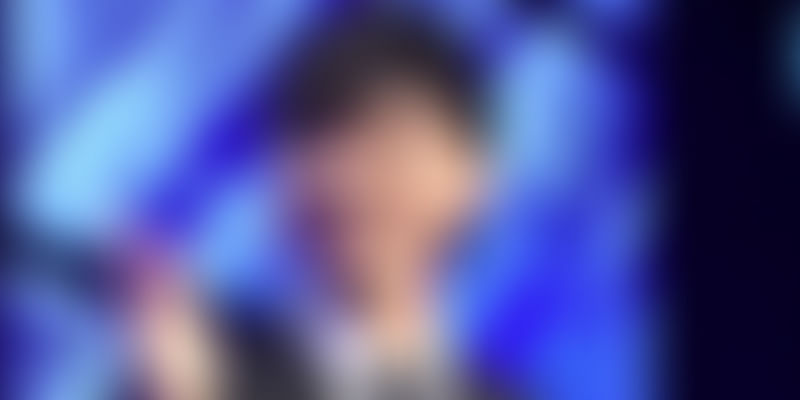 Public speaking is no simple feat. The scores of business leaders, politicians, and especially teachers will be able to vouch for the fact that it is something that only gets better with a whole lot of recording, experience, and practice. Body language, steadiness of voice, eye-contact – they all need to be mastered, and even the greatest professionals still don’t always get it right.

Darren Tay, a 27-year-old Singaporean lawyer was recently awarded the title of ‘World Champion’ of public speaking in the 2016 Toastmasters International. If you meet Darren today, you will see a young enterprising gentleman in a perfectly tailored suit and spikey hair, affluent in both Chinese and English.

Darren may be the embodiment of ‘polished’ as far as the word goes, but as he professes himself, it took him a lot of awkward spotlight moments to get to where he is today. A shy, self-proclaimed introvert, Darren professes to have been a back-bencher in school, keeping to the overlooked corners gratefully. In his winning speech ‘Outsmart; Outlast’ that got the famous title, he spoke about how his innocuous nature often got him into trouble, be it with his peers or even himself, and as he was battling the everyday challenges of adolescence, he realised that he was his own ‘greatest bully’.

His first shaky step towards the road to public speaking occurred during a middle-school presentation. At 14, he had already resigned himself to a life at the background when a certain presentation he made perked the interest of his class teacher. Witnessing potential in the young boy, she asked him to repeat the presentation only in front of a larger audience that included the teacher who headed the debate team of the school.

Soon enough, Darren was being encouraged by his team and teachers to take centre-stage in all the debates and important events, and while he faltered more than a few times, he was always accepted back on the stage and cheered on.

In his interview with Business Insider, Darren speaks about the two most important things to keep in mind in order to become better at public-speaking, as well as two of the greatest mistakes that people make on the same front.

What to keep in mind

As stated by The Hindu, one of Darren’s tips is to “visualise your lines positively. Say ‘I will remember’, instead of ‘I won’t forget.’”

Too often, we slip up while addressing a large crowd, not because we didn’t prepare our speech well, but because we are so bent on not forgetting that we do not remember what we are not supposed to forget. To make sense of this riddle, it’s important to focus on remembering what you’re supposed to and stick to it, because the minute you start to panic about what you may forget, you probably will.

“Humour relaxes both the audience and the speaker,” said Darren.

Of course, this rule isn’t applicable to all speeches considering that one could be tasked with speaking on a solemn subject or occasion. However, in most cases a pinch of humour to break the monotony can do wonders for audience reaction. In Darren’s winning speech, he put on a pair of white underwear over his pants (working out to be a metaphor later), startling an audience of 1,600 into fits of laughter. A line here, a gesture there, all of it works to not only lighten the mood within the audience but also familiarises them with the speaker. It also always helps to interact openly with the audience, ask them a collective question, or pick out individuals from the crowd for emphasis, making them feel like a part of the speech instead of just being another spectator.

What not to do

Darren states that too often, the speaker’s gestures end up differing from the content, and most importantly, distracting the audience from what he or she is saying. Without dismissing the value of nonverbal communication, it is important to think beyond perfecting technicalities like hand gestures, or where you stand on a particular part of the stage, or if you have the right kind of eye-contact with the audience. For Darren, it is the speech that should guide the gestures and not vice versa. To help deliver properly, he swears by two key techniques – mindfulness meditation and power posing.

"Most public speakers who are starting out always think that it's about nature and not nurture.”

Darren speaks out against the general perception that tail-bounded extroverts make for better public speakers than their introverted counterparts because of their very personalities. To him, this couldn’t be further from the truth. Citing his own example, he speaks about how it took him a lot of will-power, resilience, and dedication to break through from being the shy little boy who was comfortable in his shell, to a young man winning the ‘World Champion’ title today. To becoming better at the game, he recommends that every individual expressing a serious interest in public speaking should find a mentor who will present him or her with honest feedback and offer their expertise on how to get better. Another way to do this yourself, he recommends, is to record yourself and when looking it over, try to judge yourself from an audience’s point of view.

Although public speaking is a tricky subject and one that enough has written and spoken about, there will always be new tricks of the trade for the next aspiring world champion. Can you think of a few? Let us know in the comments below!