Batting with fervour — the women champions of cricket 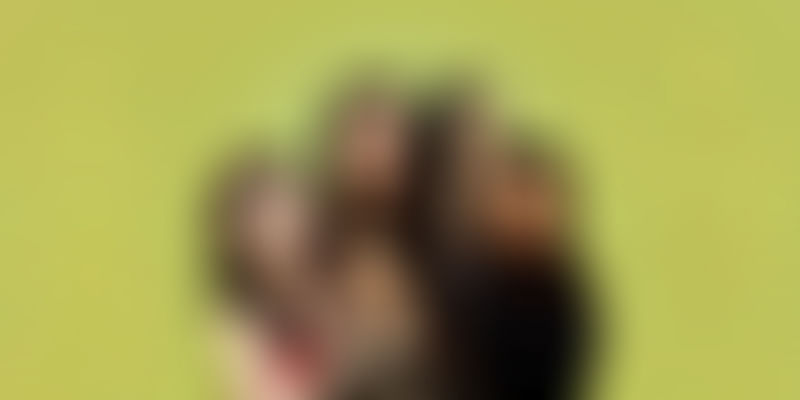 How women co-owners of Indian Premier League (IPL) cricket teams add value to both the teams and the game.

With 351 players set to go under the hammer on 20th February in Bengaluru, the stage for the next season of the IPL will be set. Cricket has been a popular sport in India for a long time now, but the IPL, set to enter its tenth season, has exceeded all expectations, garnering unprecedented popularity and viewership.

According to a CII-KPMG report, IPL’s 2016 season garnered 347 million viewers, a 22 percent growth over the previous seasons. Interestingly, the viewership has not been male-dominated. The report shows that women and kids comprise a significant portion of the viewership pie. It states that females made up 41 percent of IPL Season 9's viewers (including rural).

And the presence of women on the IPL scene goes far beyond just spectators and anchors - they have taken the lead in this game as team co-owners. Adding glamour and spirit to the game, they have won a huge fan following for both their teams and themselves.

Right from the auctions to the marketing to the design of the outfits to promotional videos -- these women are all-rounders. From rooting for the team during matches to keeping the morale high, especially during the tough and stressful times, they do it all.

Though Shah Rukh Khan appears to the the king of the Kolkata Knight Riders (KKR), the other significant owner of the team is his yesteryear co-star Juhi Chawla, who holds a stake in the franchise along with her husband Jay Mehta, an industrialist of British origin.

Juhi is a regular at the KKR matches, and is actively involved with the team; pictures of her visiting temples after KKR’s victories have done multiple rounds on social media. The larger than life shadow of Shah Rukh Khan has not dimmed the charm, sweetness and cheer that Juhi brings to the table.

The Mumbai Indians is owned by Reliance Industries Limited and its chairman Mukesh Ambani. However, it is his wife Nita Ambani whose face is synonymous with the team. An avid cricket lover, often dressed in the team jersey and t-shirts, Nita’s exuberance is infectious when you see her on the TV screen. She is there for all the matches, loudly cheering for the team. From the auction to off-field activities that the team is invited for, Nita is always there for the Mumbai Indians.

Actress Preity Zinta is one of the co-owners of Kings XI Punjab. Preity is very passionate about cricket and is protective of her team. Though the performance of the team has not been great, with them never having won a season, she has never wavered in her support.

Always cheerful and encouraging, her camaraderie with the players makes her an invaluable asset to the team.

So this is the complete #kxipsquad for 2016 ! Any suggestions on who should be captain? I'm all ears?#dhoompunjabi? pic.twitter.com/IkH2VhV0JG

@virendersehwag U will always be my Hero 4 ur Talent & Grace on & off the field ? No one can ever take ur place ? pic.twitter.com/gd0mjxF0BN

Not the best start 4 #Kxip, but we have a long way 2go & the boys are warming up. Well played #RR ? &Thank U Pune ? pic.twitter.com/iTCEsxJRxo

Along with her husband Raj Kundra, a British businessman, actress Shilpa Shetty is one of the co-owners of Rajasthan Royals. While Shilpa attends matches like most other franchise co-owners, more important is how she is cool and fun on the field. She also brings the glamour to the team with little effort. Her ‘halla bol’ videos show that she is always game to pitch in the best way she can.

Rajasthan Royals have upped the glamour quotient with a 12 percent stake sale to Shilpa Shetty and Raj Kundra: http://tinyurl.com/cm7m5w

@rajasthanroyals Shilpa Shetty and Rahul Dravid are all smiles before the opening ceremony! pic.twitter.com/RUjz3ol3Sv

@rajasthanroyals shilpa shetty says ' halla bol " so why should we stop. we r the royals ... no one can take on us.. pic.twitter.com/UQrhy5ix

The now defunct Deccan Chargers was owned by the Deccan Chronicle corporation. Gayatri Reddy, daughter of media baron T. Venkattaram Reddy, was heavily invested in the workings of the team. She was very popular with the audience, especially on Twitter and Facebook. However, the IPL governing council terminated the Chargers for breaching contract terms. The following season saw a huge outpouring of tweets from an audience that missed Gayatri.

As we gear up for the tenth season of the IPL, with the team owners and players readying themselves for the battle to come, we can't wait to see what the hugely popular tournament has in store for us and how these women will add to the aura of the game this year.