Gunning for profits of Rs 120cr, bootstrapped Zerodha is getting bigger for the pond 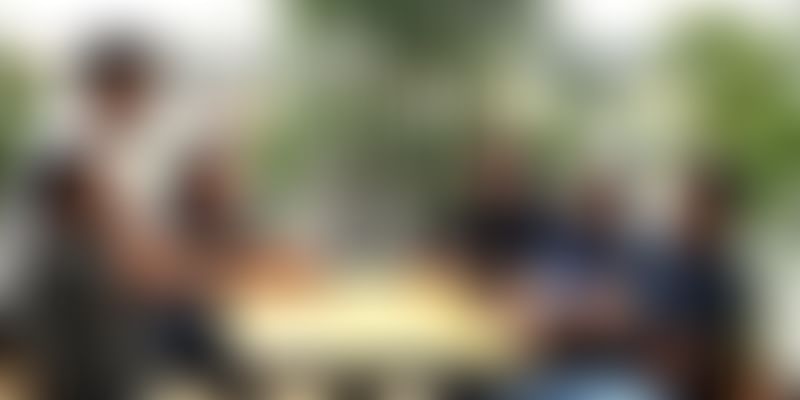 Brokerage firm Zerodha has been opening the world of stocks, commodity, and exchanges in India online since 2010.

“We will hit revenue of Rs 220 crore and make a profit of Rs 120 crore by the end of this financial year,” said a nonchalant 37-year-old Nithin Kamath, Founder and CEO of Zerodha, a brokerage firm. While startups are looking closely at funding, valuations, the drops, and even now the claims of ‘capital dumping end level playing field,’ Zerodha is well out of the game and is bootstrapping its way to success.

For someone who had started trading at the age of 17, Nithin says that it isn’t easy to handle and deal with someone else’s money. Nithin had first started brokering to get easy money. It was something he learnt early on. It is an obligation Nithin doesn’t believe in. He says,

When I first started I would trade in penny stocks. In 2001, I learnt better when I lost Rs 5 lakh in the stock market. For the next three years, I worked in a call centre to make the money back and learn how to trade. Throughout my life, I have been called foolish. Now suddenly that foolishness has become a passion.

Big fish in a small pond

A one-of-its-kind brokerage firm, Zerodha has memberships on all the stock, commodity, and currency exchanges in India. The team is believed to be one of the first in India to disrupt the existing pricing structure by introducing a flat fee-per-trade model.

Today, according to Nithin, Zerodha is becoming the big fish in a small pond. In the last two years, he says, the company has seen tremendous growth in terms of new clients. Last year, Zerodha claims to have added over one lakh demat accounts. Quoting statistics, Nithin adds that the country had over 24 lakh demat accounts added last year, and Zerodha thus had over four percent of new accounts added.

Instead of going to existing investors who are far and few in between, the team is now looking at newer people and get them to start trading. “Over 52 lakh people traded once last year,” adds Nithin.

Today, Zerodha is targeting the middle class that has never looked at capital markets. There are at least over a 100 million Indians who are investing in other asset classes. While the demonetisation has got its backlash, Nithin adds that it has shown people to look at investing in other asset classes. With a drop in real estate market and interest rates on fixed deposits are dropping as well, Nithin believes the next cyclical shift is towards capital markets.

The brokerage firm now looks towards boosting financial literacy in India. This is where their online initiatives like Varsity and TradinQnA come into play. As Zerodha, the team claims they have been able to build a great execution platform where people know and learn what to buy. But it doesn’t cater to people who don’t know what to buy. And that is where the team’s bet lies on Rainmatter, a fintech startup incubator started by Zerodha.

“The money we are investing in startups here is to ensure that more people understand the capital markets and have a better user experience,” says Nithin. Apart from helping them with infrastructure, Rainmatter invests in these startups in exchange for equity, and even helps with strategic partnerships. The team has allocated close to Rs 35 crore to Rainmatter, and the risk they have on the startup is not more than $1 million.

When Zerodha started in 2010, it possibly was the worst time to enter the brokering world. Nithin adds that during the 2008 crisis, most of the brokering firms had burnt their fingers badly. They had diversified. “Firms like Indiabulls has only five percent of its revenues coming from brokering. It was a time when nobody was investing in stock markets. We started then,” says Nithin.

However, Nithin believes that the best thing that happened to them was getting Kailash Nath as the CTO. It was with the technology layer that Zerodha was able to offer great service and value add. Nithin says,

“My real competition isn’t the existing players. My competition will come from startups. It took us over a year to get our license. When we started with the shoestring budget we had and the idea, the only reason we could actually startup was because NSE had started giving out a free trading platform called NSE Now. Technology was coming free of cost, we were the first guys to spot it and grab it.”

Currently, Zerodha bets on Rainmatter, and the bet, he says, is on the founder and the startups. “Only when I can add some value, do I go and talk. In terms of stock markets, we bring in a lot of expertise,” says Nithin.

Working with the team

Today, Nithin believes that he has the flexibility to work without answering to a board and remain nimble. Despite being a 600-member team, Zerodha today retains its nimble footedness. It continues to get people become more financial literate. Zerodha has launched a special initiative for children, a set of five storybooks called ‘Rupee Tales’ – which attempts to familiarise children above seven years to basic financial concepts.

“It is an attempt to creatively infuse basic financial awareness among children. The concepts covered in Rupee Tales are related to the broader financial inclusion theme, which is pivotal to the cashless and paperless economy India is yearning for. A large part of the ‘financial inclusion for all’ dream is dependent on how the younger generation adapts to it.”

The book, in fact, was the brain child of Karthik Rangappa, an employee at Zerodha. The idea to write Rupee Tales came about because of Karthik’s seven-year-old daughter asking him where he works and what he does. Karthik says,

“I realised it was not easy to explain what the stock market is or, for that matter, basic finance to kids. While casually chatting about this at work, we realised there was no material available to familiarise kids to basic finance. Being India’s leading financial services firm, we somehow felt it was our responsibility to fill this gap, and hence Rupee Tales was born."

Today, the company has the lowest attrition rate. The core 100 people of Zerodha have been with the company from the beginning. Zerodha now aims to focus deeper into technology and will soon be entering Sri Lanka this year.