Amidst the chaos of murky, foamy, and fiery lakes, can a solution be found? 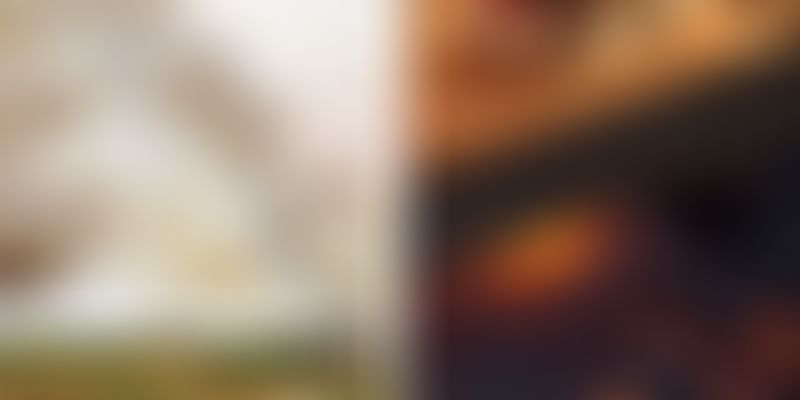 Bengaluru’s largest lake going up in flames not once, but thrice, could very well be a cry for help on behalf of other dying lakes of the country. Beyond the blame game lies a solution in the murky waters. Maybe it’s time to start talking about it.

Famous for its fire spurting powers, Bellandur Lake in Bengaluru made news again when it caught fire on the evening of February 16. This time around, although garbage and weed were the culprits, they did not steal the spotlight from the infamous foam that has hitherto been the cause of the fire.

The foam has been a growing and an ignored issue for decades until it asserted its toxic self in 2015 when it caught fire twice in three days. That incident made international news and left everyone bewildered at the sight of a lake on fire. What the fire also incited was a blame game which has, unsurprisingly and disappointingly, ensued again this year.

The Bengaluru Development Authority (BDA) responsible for the upkeep and revival of the city’s lakes, and in a way its custodian, blamed BWSSB for allowing the flow of untreated sewage into the lake. The BWSSB, on the other hand, has an argument of its own backing it up; it suggested to the state government last year, mandatory sewage treatment plants (STPs) for all apartment complexes with more than 20 flats, which was turned down for its impracticality. The residents around the lake have, of course, no one else to look to for a solution other than the government.

Bengaluru is not the only city where lakes are paying the price of development. The Dalpat Sagar Lake of Jagdalpur, the Bam Rukund-Dowlah Lake of Hyderabad, and the Upper Lake of Bhopal are just a few of the many lakes in the county which are taking on the load of untreated domestic and industrial sewage.

While it would be incorrect to say that nothing is being done, one cannot ignore the blaring truth that nothing has been solved. Because cities are developing in numerous and uncontainable ways to meet the demands of its people, the pollution of our lakes too, as a result, have numerous causes. Authorities have simply been unable to keep up with this development and all its ramifications.

We may be hacking at the branches of a tree that is growing at 10 times the rate, but it would be a good start to recognise these branches in the first place, to even come close to a plausible solution.

The biggest contributor to the pollution of our lakes, like with our rivers, is the untreated domestic sewage and industrial effluents. In Bengaluru alone, 1,100 million litres of sewage is generated per day when the treatment capacity is only 780 million litres. Moreover, this capacity is not utilised to its full capacity due to the lack of proper sewage systems. Owing to this, finally about 650 million litres of untreated sewage is discharged into the lakes and rivers, as Biome Environmental Solutions told Scroll.

Decentralised sewage treatment then props up as a solution where each lake has its own STP with a small treatment capacity. This has, in fact, been put into effect at Jakkur Lake in Bengaluru, which has an STP of capacity 10 million litres per day and a man-made wetland of specifically chosen aquatic plants to further purify the water before it is discharged into the lake. This lake was the model of self-sustained rejuvenation until the burden increased. The lake started receiving raw sewage from adjoining areas and, therefore, the efficiency of this system reduced.

As simple as it might seem, building more STPs is neither an easy nor a practical solution. Setting up a single STP can cost anywhere between 20 and 30 lakh and its annual maintenance, over 8 lakh. Space constraint is another notorious obstacle.

It was keeping this in mind that Rajesh Biniwale, a scientist from National Environmental Engineering Institute (NEERI), introduced an innovative form of the Phytorid technology of water purification. This technology mimics a wetland ecosystem and uses plants and gravel as a medium of water treatment. This has been deemed as more economical and efficient than an STP, and has been used by many villages, universities, and commercial firms for onsite treatment of sewage.

A notable feature of this technology is the removal of nitrogen and phosphates, the latter being the primary reason for the froth formation in lakes. This brings us to a secondary contributor to the pollution of lakes, which among the cacophony around the sewage blame game, goes unnoticed.

Lurking and growing in the shadows, the detergent industry

Gone are the days of Nirma, Ghari, and 555. With growing consumer needs, there are bigger players in town promising cleaner clothes. Cleaner clothes, unfortunately also mean, more phosphates. What older brands of washing powder lack, the news ones make up for; and that is a detergent’s fight against hard water. Our clothes hang clean because of unsupervised and lavishly used surfactants and phosphates. And it is these chemicals that find their way into the lakes by means of untreated sewage.

Although the Bureau of Indian Standards (BIS) has laid down standards for eco-labelling of detergents, this ‘eco-mark’scheme is voluntary. And hence, unsurprisingly, not one household laundry detergent bears the eco mark. This multibillion industry, however, will have no incentive to regulate its phosphate use unless its consumers ask for it. To bring this within the scope of consumer responsibility, however, detergents will first have to disclose ingredient information on their products.

In this circle of influence comprising of the public, private institutions, and the government, it becomes clear that pointing fingers will get us nowhere. Increased awareness among the public will push for a more responsible government, which can in turn work more effectively with private establishments. The solution is as murky as our lakes and to find it we will need to get our hands dirty.