The fascinating evolution of Indian women's fashion over the years 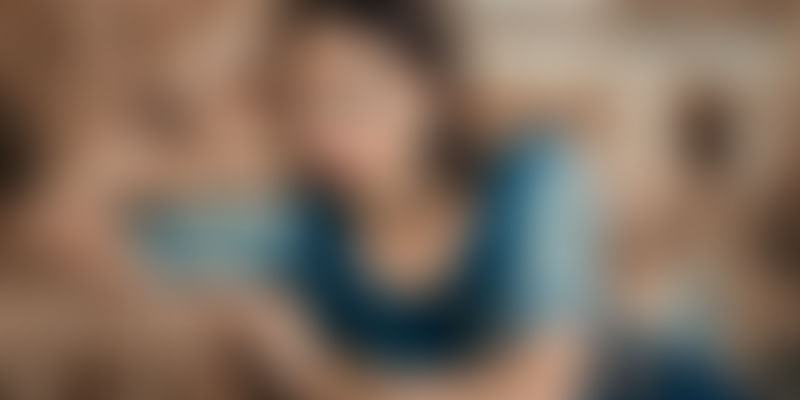 From salwar kameez to bell-bottoms to high-street fashion, Indian fashion has undergone significant transformation through the decades.

This, said by one of the most popular figures in global fashion history—Coco Chanel—certainly manages to define what fashion is all about – style, elegance, and perfection. While the changes in women’s clothing and fashion has been documented since ancient times across the world, these variations mostly reflected the social and political scenario of various countries, rather than being a popular practice. However, varying reports suggest that fashion as a cultural practice was first recorded in the western world during the fifteenth century, albeit reserved for the crème de la crème of society; the royals, aristocrats, and the elite.

India's transformation in women’s clothing and fashion over the years has not been as drastic as compared to its western counterparts, owing to various traditional beliefs and values still held by most Indian women. Nevertheless, with changing times, even the most traditional apparels have been modified to hold an urban look without compromising on tradition. This Women’s Day, let us explore how the changing fashion wear in India reflected Indian women’s sense of individuality.

Following India’s independence in 1947, as the country began to create its own identity, its citizen, especially the women, began their very own transformation that eventually set the standards of Indian fashion.

Whether it is the versatile saree, the humble salwar kameez, or the Indo-western fusion of wearing kurta with jeans, many Indian woman have managed to adapt various trends in fashionable clothing without compromising on the beauty of all things Indian. However, one should know that fashion is ever-changing, and while some styles manage to become timeless classics, other trends only enjoy a brief hype before they die down. Nevertheless, the fashion industry in India is constantly transforming and growing, irrespective of such trends.

The textile, apparel, and fashion Industry in India – a brief insight

The Indian fashion industry has grown leaps and bounds over the years with rising western influence, and changing tastes and preferences of consumers. According to a report published by Indian Brand Equity Foundation ( IBEF ) .India is the second largest exporter of textiles and clothing in the world. The domestic textile and apparel industry in India is projected to be worth more than $141 billion by 2021 from $67 billion in 2014. Furthermore, increased penetration of organised retail, favourable demographics, and rising income levels are expected to be the key growth drivers of the Indian textile and apparel sector in the next couple of years.

The Indian fashion market also owes its transformation to some extremely talented Indian fashion designers who have made their mark both in India and globally with their unique style and creations.

The market for women’s fashion in India is probably the most lucrative in terms of variety and scope. Even international fashion houses and brands have begun to focus on the immense potential for growth in this segment. Some have even gained acceptance and brand loyalty among the millennial female population. However, popular brands are not the only ones driving the growth of India’s fashion industry.

The Bollywood influence in Indian fashion

The flourishing Hindi film industry in India has played a key role in transforming the way Indian women dress. While the 1960s brought in the era of heavy jewellery and embroidered sarees, the 1970s brought with it a sense of experimentation, with bright colours, polka dots, and bell bottoms.

However, the subsequent decades are touted to be the time when Bollywood began to adopt more westernised concepts in terms of fashion, and, in a sense, ushered in an era where the women didn’t shy away from making bold and stylish choices. With the 1980s being the era of disco, Indian fashion during this time saw plenty of glittery apparel in gold or silver, chiffon sarees in various colours, and denim and leather bike jackets. The following decade of 1990s saw the arrival of floral dresses, full-sleeved salwar kameez in various styles, and long skirts. The latter part of the decade brought in short dresses, sportswear or 'athleisure', crop tops, and halter necks.

The year 2000 ushered in a dynamic shift in the way Indian women dressed and presented themselves. Each piece of clothing worn by leading actresses became bolder and more sensual, reflecting the fact that Indian women had begun to feel more comfortable in their own skin, and had no qualms in admitting the same.

Following the rise of Internet and smartphone usage, more women are now able to stay au courant of latest fashion trends, and have become smart consumers who know what they want when it comes to fashion. 'Unique, chic, personal and bold' is the new style statement, and Indian women confidently demonstrate these traits with what they wear. Smart pantsuits, body con dresses have become an integral part of the corporate women’s wardrobe, while designer wear and high street fashion are slowly becoming the norm at soirées.

Irrespective of how Indian women choose to dress, one thing is quite clear – they are smart, confident, and independent individuals who believe they can achieve anything in life, and what they wear definitely reflects that. On the occasion of International Women’s Day, we wish every woman courage to chase their dreams, while dressing they want without fearing judgment or scrutiny of society.