HipBar: Reserve your whisky on the cloud, say cheers anywhere 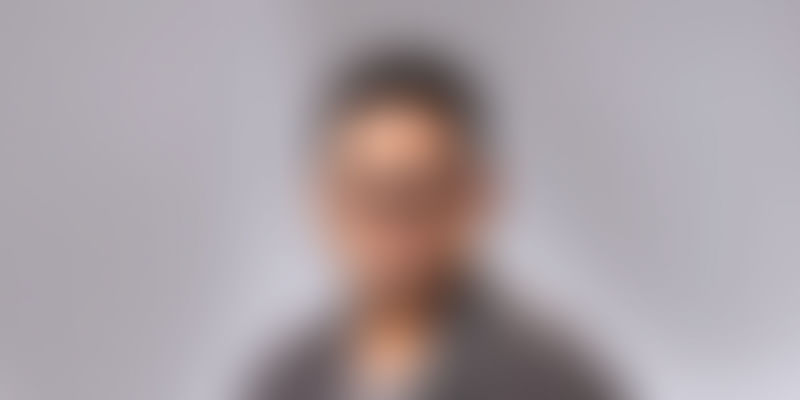 This startup is going after the $35-billion liquor industry in India, and will enable people to use smartphones to buy their favourite spirit bottle on their app, which can be redeemed by portion in any hotel across the country.

Prasanna Natarajan and Prashant Adurty are two individuals who understand the retail industry and the gaps in the trade. Since they were also familiar with the workings of the liquor industry, they decided to work around the regulations that bar the sale of alcohol on digital channels to build a business.

Their app, HipBar, allows liquor connoisseurs to buy full bottles of their favourite booze and later redeem it in any restaurant or hotel across the country. For example, if the connoisseur buys a bottle of expensive whisky for Rs 5,000, he can consume even a small portion of, say, 30 ml in any bar. The hotel or bar will then charge the connoisseur for the portion, which will be paid through the app. The app will immediately reflect a reduction in the volume of the bottle. The bottle of whisky that was purchased will stand as a prepaid instrument and its value will diminish as the customer opts to consume the whisky later on.

"We are a fintech company and also a platform for liquor companies to promote their brands on," says Prasanna, founder of HipBar.

Connoisseurs may not know where their favourite liquor is available while they are travelling. HipBar integrates high-end bars across the country, and cuts deals with the liquor industry to promote their finest spirits on the app. Additionally, it provides liquor companies a platform to discover data on younger connoisseurs who will be future spenders on fine spirits.

A world of opportunity

Since direct advertising of spirits is illegal in the country, the Indian liquor industry has leveraged surrogate advertising on digital channels. But it is yet to use a fintech and promotional platform, which does not fall under the regulatory gamut, to promote premium spirits.

Various reports put the Indian liquor industry at $30 billion, with at least $2 billion spent on annual marketing activity. The industry harnesses all forms of marketing, using print and digital paraphernalia and outdoor initiatives to promote its products. However, it needs disruption and is yet to use dynamic engagement on digital platforms.

The liquor industry works like the fast-moving consumer goods (FMCG) industry, where cases are bought by a stockist, or a bonded warehouse of the government, before being retailed to stores and hotels. The gap in consumer expectations arises when a liquor connoisseur does not find his choice of spirit at a store or a restaurant. Often, they make do with options that they do not necessarily like or resort to experimenting with brands they are not familiar with. "This is why HipBar makes sense, because it helps you discover your favourite drink and the place you want to redeem it at," says Prashant. He heads operations at HipBar.

Currently, HipBar is piloting in around 80 restaurants in Bengaluru and has one of India's largest liquor companies backing it on product support. The company has also invested Rs 7 crore to build the business. It works like any fintech and retailer app but allows the customer to pre-load the wallet with a liquor bottle instead, and the retailer's app will generate the order and will accept payments from the consumer app. Payments will be based on codes generated by HipBar, which can be redeemed with the retailer. The platform will also make money from in-app advertising.

HipBar customers get a discounted rate; they are and will not pay a premium like other customers. This way, the volume consumed is commensurate with the value paid for the bottle on the app. Says Prasanna,

"We decide the rates with each restaurant and make sure our customers do not pay a higher rate. We also work with liquor companies on the rates."

Where did the learnings come from?

Prasanna has his own liquor manufacturing unit where he designs high-end liquor, manufacturers and distributes them. But he found that the traditional way of distributing liquor lacked uniformity. Some state governments - like Karnataka - exercised strict control by making sure that all liquor went to their warehouses, while some others - like West Bengal - allowed wholesalers to distribute the liquor. In Tamil Nadu the retailing and wholesaling is controlled by the government. With different States carrying different rules there is a lack of uniformity, which affects the supply of high-end liquor to the market, from the manufacturer to the retailer. To fight this discrepancy in supply Prasanna decided to change things around. For the last decade, Prasanna has spent time understanding how pricing and advertising of liquor work. So, in 2015, he roped in Prashant, who has worked as a consultant in many global firms and also put in time during the boom period of Indian brick-and-mortar retail, between 2006 and 2010.

Businesses that provide this kind of a service with technology, mostly on the B2B side, are companies like Sabonka Technologies (Shotang) and Mobisy Technologies (BizOm). But they work in the handset and FMCG industries, and do not have a direct connect with the consumer. HipBar provides this connect directly to the liquor manufacturers and retailers.

"These businesses have to scale up soon or else they will end up burning more cash to acquire customers," says Naganand Doraswamy, CEO of IdeaSpring Capital.

Prasanna and Prashant are going all out with their 32-member team to build a big business. It is only a matter of time when the connoisseurs take to the app to reserve their drink on the phone.