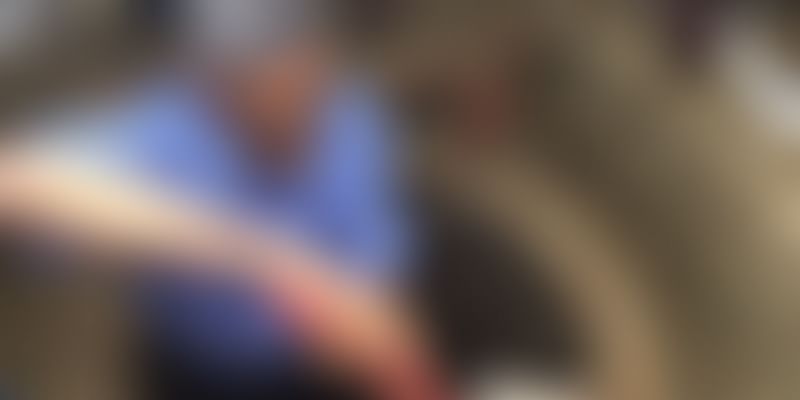 Parameswaran Iyer is the Secretary to the Union Ministry of Drinking Water and Sanitation. During his recent visit to Gangadevipalli in Warangal district, he left many people surprised when he emptied a public toilet pit with his own bare hands.

There has always been this stigma around cleaning toilets, especially in rural areas, it being considered a job for the lower caste or underprivileged people. Clearing toilets has always been seen as a petty or unhygienic task, and therefore, Iyer decided that the first goal should be to change people's attitude towards it.

Iyer was on a visit to Gangadevipalli as part of the Swachh Bharat initiative. He reached there on February 18 along with a group of 40 bureaucrats, which included representatives of UNICEF and principal secretaries associated with the rural development departments.

The entire team was there to study the twin pit technology. This technology is used to convert human excreta into manure over a period of time, and helps to eliminate the practice of open defecation. The officers also interacted with the residents to understand the technology further. Two holes are dug up and cemented in each toilet. When the first hole fills up with human excreta, the villagers close the pit and begin using the second one. The faecal matter in the first one decomposes, dries up and converts into manure. The first hole can be emptied after six months, and then the same procedure is used for the second one. This technology has been used in Gangadevipalli for the last 16 years.

While Iyer was being told about the technology, he became curious to understand it more in-depth. Prashant Jeevan Patil, Warangal's joint collector, said in a conversation with Hindustan Times,

While explaining this technology, Iyer suddenly wanted to know how the first pit is emptied. He removed the lid of the pit, got into it and started lifting the dried up faecal matter, which had turned into a manure, using a shovel. It was a surprise to everybody, and after some time, all of us started participating in the cleaning up of the toilet. He led all of us by example in showing that scavenging is not a menial job. And I, too, held the dried up faecal matter, which had turned into manure, with my hands, and I was not ashamed of it.

After the visit, Iyer also shared a tweet talking about the same.

Prime Minister Narendra Modi was also all praise for Parameswaran Iyer after hearing about this. The Prime Minister appreciated the efforts undertaken by the organisations and government to take the 'Swachh Bharat Abhyaan' forward, and specially mentioned and thanked Iyer in his 'Mann Ki Baat' episode. He went ahead and tweeted this as well.

While so many hold themselves aloof due to their position in society, it is incredible to see such humility from a man of this stature. Thank you, Parameswaran Iyer, for setting such a great example for all of us.

How the Indian cybersecurity sector is poised to touch a pinnacle in the new normal: Investor Insights