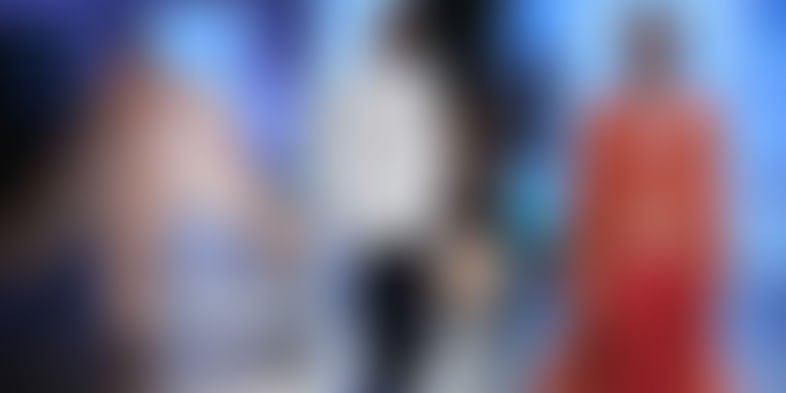 I started wearing makeup. I was quite confused because I've looked like a girl – you know, I am super skinny and my face is so girly – so I didn’t know if I am gay or transsexual. But I never wanted to change my body.

“You know, I've always been different...” he begins to tell me.

And when I saw Petr Nitka in a fluid black satin dress, with a playfully low neckline and a gorgeous georgette pullover, I instantly believed this strikingly honest confession he made so early on in our conversation. But I didn't perceive him as different in the way you would have assumed – not in an unsettling manner, not evoking a sense of disturbia. Not at all. It was quite the opposite, actually. It invoked jealousy. The sight of him promised new freedoms from our self-made barriers, and with the most stunning results, if only we dare to be like him, to be different today, so that one day, we can all be the same.

Petr Nitka, the world's first “gender-neutral” model, nonchalantly and unabashedly dismisses norms of behaviour and dressing for men and women and aspires to experience more than what society has reserved for his gender. And this is what makes him, and his story, different from most individuals you and I would ever encounter.

As a young one exploring his fancies, Petr recalls watching his mom deck herself up, and always being disappointed that he wasn't allowed to wear makeup himself and do his hair because he had been taught not to let these things appeal to him as a boy. And at school, he would always be pallier with the girls, because he found himself having all the qualities that girls are said to possess. “My mother has always accepted me; that's why she is like my best friend. I started wearing makeup. I was quite confused because I've looked like a girl – you know, I am super skinny and my face is so girly – so I didn’t know if I am gay or transsexual. But I haven’t wanted to change my body,” he explains.

While he was clear about what he was and what he wanted, his peers had immense difficulty understanding his state of mind. “The boys (at school) did not tolerate me then. But nowadays, I am happy to say I am not experiencing any kind of hostility,” he says. A few years ago, he read Louise Hay's book You Can Heal Your Life, which showed him that positive thinking is the most important in deciding what you become. So, he opines that his optimism is attracting only good things, and accepting people.

The internal journey he undertook, in accepting himself, had simply one hymn – 'I am a good person, who doesn't need even religion. I believe in myself.' “The thing that is helping me the most is my positive thinking. I always think – no, I always know that my future is going to be perfect,” he explains.

His family and friends have always been supportive and always foresaw him doing something different. “I feel so unique, and doing ‘normal’ things is so boring for me,” he states.

Some luck and some positivity

Upon graduation, he went to the US on vacation with his best friend Martina and landed “quite the slaving job” on a beach renting chairs and umbrellas, with a 12-hour working day. His pursuits later took him to Australia to study English, where a chance encounter would change the course of his life forever. He met photographer Bharathan Kangatharan in Perth, and they did a shoot, which was published in a magazine shortly after. “When I saw those images for the first time, I realised there was no male model in the magazine. I looked like someone between boy and girl. That’s why I started to call myself the gender-neutral model. It was nice to come back home to the Czech Republic as the first ever Czechoslovak gender-neutral. I feel so happy now, as nowadays, I can express myself, my identity, because of modelling,” he says.

In hindsight, Petr says that he thinks he was born as “gender-neutral”. “I am a guy that looks like a girl without any plastic surgery or taking hormones,” he says, in an effort to make one realise how uncomplicated this really is.

He also always wanted to model, but thought he was too skinny and short for it.

“But you know, I don't want to be just a basic model. I have so much to say to the world. And because of modelling, I can travel the world and meet people who are different and who need a helping hand. My big need is showing the world that being different is nice.”

Not just a model, but a role model

He says that he wants to model in countries where being gay or transsexual is slandered and vilified. “I want to show people that different sexuality is not a problem, and this is the right time to destroy prejudices and stereotypes about races, sexual orientation, religions, gender, minorities, and women,” he says. This is what brought him to India as well, and he approached Lakme Fashion Week to become his mouthpiece.

“I met only open-minded and good people, and I was really surprised. You know, in Europe, people think that Indians are intolerant. I am happy to find out that that is not true. From everyone I worked with, to even people in the street, everyone was amazing. This is the reason why I want to come back to India as soon as I can”

His walk down the ramp at LFW, where any model would kill to be, as the first gender-neutral model in India, was a thrill and honour beyond words for him. He says. “It was so exciting. Everything about Lakme Fashion Week was perfect. To be honest, even though I hate the traffic in Mumbai, I fell in love with India. I am back in the Czech Republic now, and I miss Indians so much. I need to come back and drink masala chai and eat Indian food again. India has become like my second home. Indians are amazing,” he says.

Bearing the torch and shining the light

Thanks to positive thinking, and always attracting people who saw the best in him, Petr says that he had a relatively smooth journey. “But I know that other people with different sexuality do not have this luck. Therefore, I have that need to help them,” he says.

His dream is to become the first gender-neutral model in the countries where homosexuality is illegal. “I would like to get in those countries, and change the way people see the LGBT community and women,” he says.

While it might be difficult to make entire countries see the light, he has a word of advice for all his androgynous comrades. “Always be yourself, please. Life's too short to hide who we really are. Being different is amazing, and if there is anybody around you that disagrees, they're wrong! If you are gay, trans, black, white, Muslim, Asian, lesbian, straight, disabled, you are still perfect, and you need to show the world how perfect you are,” says the maverick, signing off.