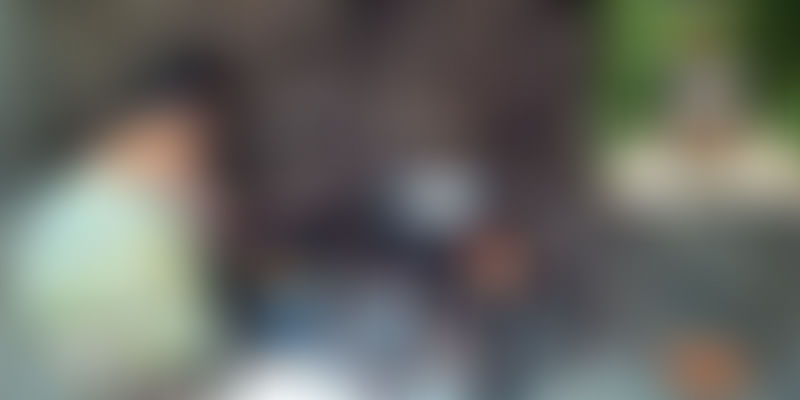 Today, 2,70,000 people in India, Nepal, and Haiti benefit from clean-burning, fuel-efficient cookstoves made by Prakti.

A native of Morocco, Mouhsine Serrar is a PhD in mechanical engineering. Desiring some exposure during his studies, he went on to work as a senior mechanical engineer and consultant for the likes of Motorola, Pitney Bowes, Intel, Boeing etc., for more than a decade. During this stint, he discovered a new industry that he dived into in 2004: designing clean-burning, fuel-efficient cookstoves for developing countries.

After studying stoves at Aprovecho, a research centre in the US that studies ‘wood burning stoves’ and working on projects in West Africa, Mouhsine arrived in India in 2005 to head up stove development under a Shell Foundation grant. Two years later, he started Prakti. And today, there are 2,70,000 people in India, Nepal, and Haiti benefiting from clean-burning, fuel-efficient cookstoves made by Prakti.

There are a lot of questions that arise when one speaks of better designed chulhas: 'Are they really needed?' 'Shouldn’t people move to LPG?' 'How many people use chulhas?'

If one digs deeper, times haven’t changed drastically in the developing world. Even by 2009-10, 76 percent of rural India used mud stoves and biomass as fuel. Globally, more than three billion people rely on solid fuels for cooking. What Prakti Design tells us is that biomass is not dirty fuel; it is the mud stove that needs to get more efficient. “We reduce fuel consumption by 70 percent, indoor pollution by 90 percent and, as a result, also help people save money alongwith being better for the environment,” says Mouhsine.

Regarding the LPG stove, Prakti says that LPG has definitely made inroads, but the cost is an issue. In practice, LPG is used to make tea, but rice, rotis, vegetables are made on the traditional biomass stove because LPG tends to be expensive.

Technically, Prakti Design is competing against a market of unhealthy mud stoves that cost almost nothing. “While the market has huge potential, a lot goes into educating the customer; our team goes from village to village, conducting demos, showing women how an investment in our stove can reduce smoke to improve their health, while saving time and money by reducing the amount of wood used by half,” explains Mouhsine.

Prakti prioritises strong impact organisations-rural network distributors and microfinance institutes, and partners with them to provide stoves at an attractive rate, low enough for women to make the decision without the need to discuss with the family.

Prakti is currently working with 8-10 distributors and rural retail networks on a monthly basis, across Maharashtra, Tamil Nadu, Pondicherry and Karnataka, and has sold over 18,000 stoves till now. “We have come a long way from being the largest cookstove research facility once upon a time, to now focussing on impact-based sales,” he adds. Costs for the stove vary by size and features, starting from Rs 1500 for a household stove.

Rural energy and the future

Rural energy is a massive sector. From Prakti’s perspective, “We value design+innovation+impact, and believe that rural energy might be the ultimate sector. The need is huge and a scalable solution requires continuous innovation, to improve performance and usability, while reducing cost.” The team shares a couple of more data points that seem counterintuitive but are worthy of keeping in mind:

There are other efforts in the same space in India, from the likes of Greenway Grameen and the Himalayan Rocket Stove, and all of these initiatives are together in building for a cleaner future. As for Prakti, Mouhsine notes, “Our commitment to ourselves, to our boards, and now to story readers is we release a new product every year that has a minimum of 20 percent improvement in performance and 20 percent reduction in cost.”