Talent without hard work will soon fail: the rise and fall of Ronaldinho 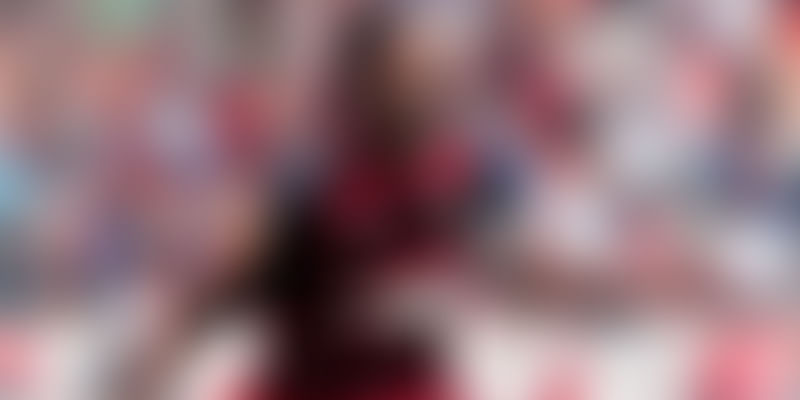 The world of football is not a forgiving place. You can be the most talented and the most loved player in the world, but unless you consistently deliver on the pitch, the ‘beautiful game’ will pass you by with no remorse. To verify the truth of this, one just needs to look at the life of the iconic Ronaldinho Gaucho.

In his prime, Ronaldinho was the best football player in the world, and rightfully so. His skill on the ball was unparalleled and the effortless grace with which he confounded his opponents was mesmerising; Ronaldinho's dribbling was nothing short of a work of art. But the man who won over the hearts of the entire football world, including the bitterest rivals of his then club Barcelona, has faded from superstardom into the nostalgic memories of those who've had the pleasure of witnessing the genius at work. How did it happen then? That a man with such irreproachable talent fell from grace when the whole world was ready to carry him on its shoulders? To answer that, we need to trace the life of Ronaldinho – from his (expected) rise to stardom to the (unexpected) fall to oblivion.

The making of an icon

Ronaldinho was born as Ronaldo de Assis Moreira on March 21, 1980, in Porto Alegre, Brazil. His family, the majority of whom were professional football players themselves, instilled in him the love for the game which he began playing at a youth level at the age of seven. Growing up in the infamous favelas of Brazil, Ronaldinho also played futsal – a five-a-side game of football that's played on a smaller court – which helped him develop the close-quarter control and quick footwork that he was to be associated with later on. His first tryst with fame came at the age of 13, when he scored an astounding 23 goals in a single game. On the back of a variety of junior championships, he soon received a call-up to Brazil's Under-17 national squad – which won the FIFA Under-17 World Cup in 1997. Soon after, Ronaldinho signed his first professional contract with Grêmio, one of the most popular teams in Brazil's domestic league.

It was in 1999 when Ronaldinho made a mark on the international football scene. Playing for the senior Brazil national team in the FIFA Confederations Cup, he was adjudged the best player of the tournament having tied for the most goals scored as well. In 2001, he left Brazil for France, signing for Paris Saint Germain, a club where he would ply his trade for two seasons; He also won the 2002 World Cup with Brazil during this tenure.

In 2003, he left Paris and moved to his dream club FC Barcelona, where he morphed into one of the greatest players of his era. In the five seasons he spent at the Catalan club, he won all the accolades up for grabs. He twice propelled Barcelona to the La Liga and Supercopa titles, and once to the UEFA Champions League title. His individual titles include a Ballon d'Or, two FIFA World Player of the Year, and a UEFA Club Footballer of the Year among many others.

In Barcelona, Ronaldinho climbed the highest pedestal in the footballing pantheon, and with nowhere left to go but down, that's exactly where the legendary player went.

The higher you climb, the harder you fall

Ronaldinho was a person who loved to party. His penchant for late-night revelries was first revealed during his stint with PSG and it only got worse as his fame rose in Barcelona. While many sportsmen, and footballers most of all, are known for their party lifestyle, in Ronaldinho’s case it proved to be his undoing. He began to miss training sessions with frightening frequency and his physical condition began deteriorating. This did not resonate well with Barcelona's new manager, Pep Guardiola, who found little need for Ronaldinho in a side that featured the formidable attacking trio of Messi, Henry, and Eto'o. In July 2008, Ronaldinho transferred to AC Milan after rejecting a bid from Manchester City.

His two seasons in Italy were tumultuous, with his signature moments of magic becoming increasingly infrequent. Yet again neglecting his physical condition, Ronaldinho often found himself on the bench instead of on the field. Carlo Ancelotti, his coach at AC Milan at the time, said, “The decline of Ronaldinho hasn't surprised me. His physical condition has always been very precarious. His talent though has never been in question.”

This marked the end of Ronaldinho's time in Europe and subsequently, in the highest strata of football competitions. He returned to his homeland and began playing for Flamengo in 2011 after being omitted from the Brazilian squad that participated in the 2010 FIFA World Cup.

A year later, citing lack of payment, he cancelled his contract and moved to another Brazilian club, Atlético Mineiro. The world got a short glimpse of his special talent once again as he led the club to three titles in two years and won the 2013 South American Footballer of the Year. In 2014, he moved to Mexican club Querétaro on a free transfer where he played for a year. In July 2015, Ronaldinho, now aged 35, announced his return to Brazil and began playing for Fluminense FC. But just two months later, following a nine-game run of disappointing performances, he reached an agreement with the club to terminate his contract. Mario Bittencourt, the club's sporting director stated, “Ronaldinho asked us for a meeting. He respectfully told us he didn't feel he was able to perform as good as he wanted and that it was a bad situation for him. He made a great gesture in saying he wasn't being the player he felt he could be right now. I'll never speak about whether or not he is retiring. That's not something you say about a player of his calibre. He was always spectacular, as player and person.”

Hence ended the career of one of the best players in football history, and it left open the question – could he have been the greatest player of all time had he just worked a little harder.

Talent will get you to the top, but only hard work will keep you there

The fact that Ronaldinho scaled the highest peaks of footballing success without regularly putting in as much work in training as his colleagues is a testament to his talent – a talent which he had certainly honed with unknowable effort in his younger years, but one which he squandered once he established himself as the best in the world.

If climbing to the top of the ladder is a difficult task, then staying there requires a Herculean effort. In the hyper-competitive world of football, where superstars are made and destroyed each season, physical fitness is equally important as talent. Take Cristiano Ronaldo, for example – a footballer is supposed to peak at the age of 28, but dedication and hard work rewarded him with the best season of his illustrious career in 2016 at the age of 31. Just as an incredible work ethic has allowed Ronaldo to dominate the footballing world, the lack of it is what caused the downfall of Ronaldinho.

Ronaldinho isn't the first sportsman to fall from such dizzying heights, and he certainly won't be the last. But unlike most of these cases, which are typically embroiled in controversies ranging from drug abuse to sex scandals, Ronaldinho's image is tainted only by the lack of a work ethic. The ever-smiling Brazilian still retains the world's respect and adoration, but the question of ‘what could have been?’ will always surround his legend.