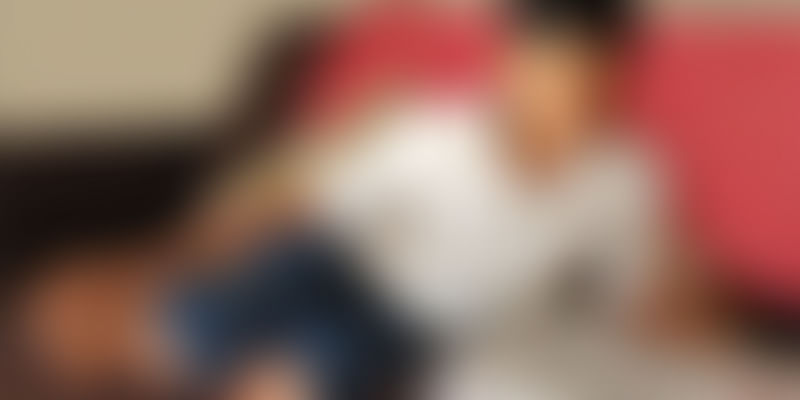 Started by Ritika Singh and Devika Pandey, The Young Chronicle is an Android newspaper app for children. The content is written by a team of mothers who have left lucrative jobs to embrace motherhood.

Ritika Singh was a 21-year-old college student when she launched AchaBacha.co.in, a social network for parents, way back in 2009. The platform was for activities that would interest new parents, like exchanging parenting tips, posting nutritious recipes, bedtime stories, medical advice, and children-related news.

Though the idea was well-received, the proliferation of parenting groups on Facebook proved to be a hindrance to monetising, and the lure of campus placements was equally strong. So Ritika joined Groupon, in the PR and digital media space and got busy with her career. However, the idea for a parenting-related app continued to simmer in her mind and was reborn as The Young Chronicle in October 2016.

The Young Chronicle is an Android newspaper app for children and contains newspapers for children in Classes I to VII, and is divided into four grade-wise categories - Class I (age 6-7), Class II (age 7-8) Class III (8-9), Class IV-VII (9-12). Each paper contains news, stories, activities, and interactivity levels suited to that age group. The content is written by a team of mothers who have left lucrative jobs to embrace motherhood, and take care of their kids.

We want this app to be a suitable earning opportunity for mothers, while we create something productive and informative for children. Children love smartphones, so we thought why not ensure they improve their general knowledge while having fun at the same time.

The idea behind The Young Chronicle is to give safe and relevant information to children without exposing them to crime and irrelevant political news that our regular papers are full of.

Ritika says, “When I started AchaBacha a few years back, I became interested in using technology to support parenting. This time around, since I am a mother now, I was able to direct a more intuitive approach towards The Young Chronicle. My Master's dissertation on game preferences among early schoolgoers also gave me an in-depth understanding of child psychology.” A graduate in Media and Mass Communication from IP College, with a PGDM in Communication and Entrepreneurship from MICA, Ritika roped in friend and college mate Devika Pandey as co-founder.

Devika had worked for iDiscoveri Education and Educomp as a curriculum developer and is well-versed in creating content for kids based on their comprehension levels.

The Young Chronicle has over 1,100 downloads, which has been mostly organic, as they are a bootstrapped company on a shoestring marketing budget. They get about 100 people visiting the app on a daily basis.

Rithika and Devika are particular about not featuring advertisements on the app. They plan to syndicate content for schools and are also open to curating newspapers for schools. At the moment, the subscription to the papers is free but could be chargeable at a later date. The team is looking out for funding.

The app development was outsourced, as The Young Chronicle currently does not have an in-house tech team. However, they gave a clear brief to the developers that the newspapers should open like flip books, giving the children a feel of an actual news magazine, with interactive elements like videos, games, and hyperlinked word meanings.

If you are a parent looking for a fun but educational way of engaging your child, this app is for you, especially with the summer vacation looming.