4 under-30 Indian entrepreneurs who are living the dream 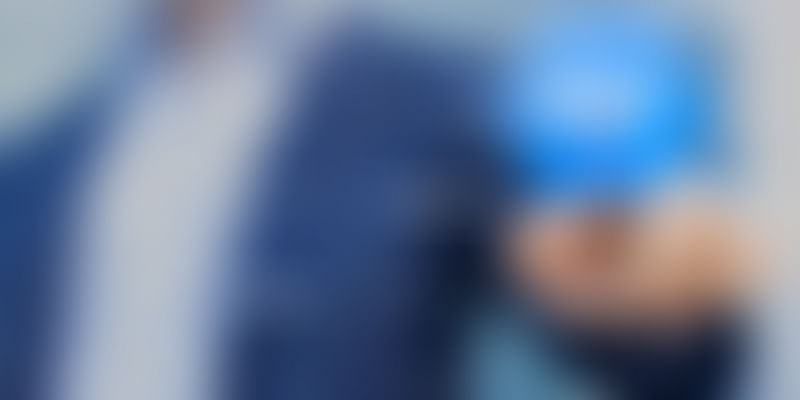 This story is sponsored by Mutual Funds Sahi Hai.

The Indian startup ecosystem is one place where the digits in your age don’t necessarily have a say in how successful an entrepreneur you are. The notion that older means more resources, knowledge and money no longer holds true. The last few years have seen a slew of youngsters under 30 changing the rules of the game, and starting up running successful businesses.

YourStory caught up with four such entrepreneurs – still in in their twenties – who’ve made it big by not just working hard but working smart. This, combined with an early start, their determination and patience saw their efforts pay off.

Growing up in Abu Dhabi and Melbourne, this chirpy 27-year old illustrator had no idea that she’d be involved with art for the rest of her life. She studied communication design, but ultimately wanted to just draw. It all began when she co-founded Chumbak, a range of lifestyle products with an Indian theme that was very successful.

After she left Chumbak, she took up freelance assignments and began her own eponymous product chain, which as it turns out, is a huge hit online! She hadn’t planned on it being a full-fledged business within just a year. In fact, even as the business grows, Alicia says they don’t need to look for external funding yet, as the profits and returns from her investments are more than adequate.

“We’ve just had a fantastic first financial year and we’re stoked! Our next milestone is to get our products on foreign soil as we’ve had a lot of requests, and just need to pave our path.” she signs off.

Ritesh Agarwal is the original wonderkid of the Indian startup scene. This 23-year old’s story is the stuff that movies are made of. A college dropout-turned successful entrepreneur, Agarwal is the founder of OYO, one of the largest hotel networks in India.

In 2013, he won the coveted Thiel Fellowship for entrepreneurs under 20, and received $100,000 and mentorship from the foundation’s network of tech entrepreneurs, investors and scientists. He also picked up smart investment tricks when he was in the US for the programme, which have helped him make OYO what it is today.

As of October 2016, OYO has covered over 7,000 hotels across 200 cities in India. Agarwal says, “We want to continue to make OYO the most loved hospitality brand in the country. We want to enable people and indirectly create more than 1 million jobs in the country through our industry.”

Founded in 2014, GuestHouser has changed how the average Indian holidays. This Gurugram-based startup began as a small blog, but now curates a network of properties across the country. Sharma, all of 25, realised that there were very few spaces available for people trying to find something other than the conventional hotel. He wanted travellers to connect to the local culture and change the way people looked at travel itself.

That’s exactly what GuestHouser does. It gives people with properties a chance to monetise them and gives travellers an option to experience the culture and traditions of the place they’re visiting. Their aim is to build more demand for the largest network of holiday homes in India. They focus on profitability and have a no-discount strategy, unlike other aggregators in the space. So, it’s a win-win situation for them. Says Dhruv, “I would like to see us touch 300,000 nights/month within the next six months.” After all, it ties back to the economics and investments that the startup makes.

Talking about the importance of investing, Dhruv adds, “At this stage, it is difficult for me to imagine a better avenue to invest my funds outside of building the vision for GuestHouser. For this reason, I do not draw enough of a salary from the company to invest in anything outside of it. I think it is important for early stage entrepreneurs to reinvest personally into the company when it is in its hyperscaling months and years.”

Twenty-nine-year old IIT graduate Richa Singh became interested in mental health as she saw several of her peers becoming prone to depression. A former college-mate’s suicide prompted her to delve deeper into the field with Puneet Manuja.

They reached out to thousands of people through e-mails and surveys, only to realise that a huge chunk of the Indian population ignores issues related to mental health. In 2014, Singh and Manuja set up YourDost, an online emotional wellness and counselling platform that allows people to approach experts anonymously.

They raised $ 1.2 million in the Pre-series A Round led by SAIF Partners, for marketing and expansion last June. Richa believes that every entrepreneur needs to make investments at the right time. “I made sure that my money was invested properly. I personally keep about 60 percent of my savings in safer options with fixed returns and 40 percent in other options like mutual funds. When it comes to saving and investing, starting early is crucial even if it is with a very small amount,” she says.

These young entrepreneurs followed their dream, worked hard to achieve their goals, but also ensured that they made smart financial choices which helped fuel these dreams, from putting aside a sum regularly, to taking calculated risks when they had to.

Money is a huge part our lives and can make many, if not all, dreams come true. Mutual Funds can help you save and invest your money in the right places at the right time. Find out how you can turn your dreams into reality by investing smart and investing early in mutual funds.